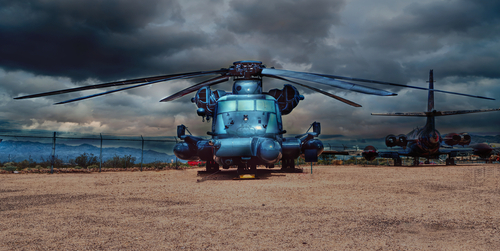 While American homeless fill the streets, as the nation’s infrastructure rots, as violent crime spikes, as major companies layoff thousands, as inflation costs the U.S. average household more than $5,200 this year, Washington sent $775 million in military aid to Ukraine so it can continue to fight Russia as the war approaches its sixth month.

“As President Biden has made clear, we will support Ukraine as they defend their democracy for as long as it takes,” the statement read. “The United States will continue to work with its Allies and partners to provide Ukraine with key capabilities to meet Ukraine’s evolving battlefield requirements.”

The weapons will be used in Kyiv’s effort to form a counteroffensive.

The U.S. will provide Ukraine with massive rollers to clear minefields which a defense official said is an example of what the Ukrainians will need to move forward against the Russians.

TRENDPOST: Gerald Celente has long noted that the U.S. is not in the throes of a proxy war—that media outlets continue to push. He said the U.S. is at war with Russia but it will not be made official until a major attack occurs.

The U.S. has said that Ukrainian President Volodymyr Zelensky gets to decide when the war will end and promised to pump Kyiv with weapons to fight off the Russian incursion. But with each passing day, the world gets closer to a catastrophic outcome.

Suwalki Gap the Most Dangerous Place on Earth?

The Trends Journal noted earlier this summer how Lithuania has been one of the most outspoken critics of Russia since the war broke out in Ukraine. Vilnius came close to war with Russia after it moved to ban the transit of goods between Russia and Kaliningrad, which is Russia’s only access to the Baltic Sea.

Russia relies on freight routes through Lithuania and Belarus for shipments like coal and construction materials from the port in Kaliningrad, Russia. The Suwalki Gap is a 62-mile stretch of land between Poland, Lithuania, and Belarus that has been called the “most dangerous place on earth,” according to Unheard.

The report said if a shooting war between Russia and NATO was to ever begin, “it is highly likely it will be here” because it provides the only rail and gas pipeline between the EU and the three NATO Baltic States, “leaving them vulnerable to Russian aggression.”

Western officials expressed concerns that Russian troops could eventually fight to take over the region to link Kaliningrad with Belarus. The Wall Street Journal noted that the Suwalki Gap was used by Napoleon’s armies to invade Russia and was a major battleground during both world wars.

The tracks in the strip were considered part of the Soviet territory until the breakup of the Soviet Union in 1991, the WSJ reported. Lithuania’s independence turned the tracks into an international route, the report said.

TRENDPOST: The Trends Journal has noted that countries that have been most critical of Russia and provocative have miniscule militaries that would fall to Moscow in a few hours. (See “TINY LITHUANIA RAMPS UP MILITARY SPENDING” and “BALTIC STATES TALK TOUGH WHEN IT COMES TO DEFEATING PUTIN.”)

Kyiv would have been forced to negotiate with Moscow if not for the scores of billions in weapons and financing from the West, but instead, these politicians continue making claims that they will reclaim every inch of land in the claws of Russia. Satellite countries like Lithuania and Latvia, who benefit from NATO's Article 5, don't even mention peace.

The next step that Ukraine would like to see is for the EU to move to bar Russian tourists from entering their countries, which would have a dramatic impact on the tourism industry already impacted by COVID-19 lockdowns.

Poland and Lithuania announced that they will stop issuing passports to Russian citizens. Ukraine has called for the average Russian to be penalized over the war. Dmytro Kuleba, the Ukrainian foreign minister, has said “Russians overwhelmingly support the war, cheer missile strikes on Ukrainian cities and (the) murder of Ukrainians. Let Russian tourists enjoy Russia then.”

Finland also announced that starting in September it will accept just 10 percent of the usual 1,000 visa applications it receives per day. France 24 reported that a flat-out ban based on an applicant's nationality is impossible under Finnish law.