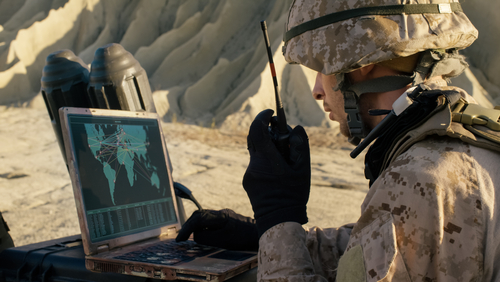 The U.S. was instrumental in providing the Ukrainians with intelligence that enabled its military to kill top Russian generals on the battlefield and sink the Moskva, its flagship missile cruiser in the Black Sea.

The reports, if true, would represent a significant escalation from Washington and prompted the U.S. to downplay the reports.

The Biden administration has been an outspoken supporter of Ukraine in its fight against Russia since the invasion on 24 February, and has provided a historic amount of weapons.

The New York Times was the first outlet to report on the intel used to kill the Russian leadership and shed new light on the behind-the-scenes cooperation between Washington and Kyiv. (See “WAR IN UKRAINE ECONOMIC OVERVIEW” and “WARMONGERS ON PARADE: WEST SENDS MORE WEAPONS TO UKRAINE TO KEEP THE KILLINGS GOING.”

TREND FORECAST: By their deeds you shall know them. Gerald Celente has noted that the U.S. is NOT fighting a "proxy war" with Russia, the reality is that with its endless supplies of lethal weapons and intelligence to Ukraine, Washington is, in fact, at war with Moscow.

The paper, citing two senior American officials, reported that Kyiv had already obtained the Moskva’s targeting data on its own, and Washington only confirmed the data. Others told the paper that the sinking was based primarily on U.S. information.

NBC News, citing U.S. officials, reported that the U.S. did not know in advance that Ukraine would target the Moskva “and was not involved in the decision to strike.”

The officials said the intelligence was used to help Ukraine defend against Russian attacks.

The United States has focused on providing the location and other details about the Russian military’s mobile headquarters, which relocate frequently. Ukrainian officials have combined that geographic information with their own intelligence—including intercepted communications that alert the Ukrainian military to the presence of senior Russian officers—to conduct artillery strikes and other attacks that have killed Russian officers.

But the Pentagon denied the report. John Kirby, a spokesman, said American agencies “do not provide intelligence on the location of senior military leaders on the battlefield or participate in the targeting decisions of the Ukrainian military,” according to The Associated Press.

“Ukraine combines information that we and other partners provide with the intel that they themselves are gathering and then they make their own decisions and they take their own actions,” Kirby said.

The Times later updated its original story on Russian generals and posted: “After this article published, Adrienne Watson, a National Security Council spokeswoman, said in a statement that the battlefield intelligence was not provided to the Ukrainians “with the intent to kill Russian generals.”

The Trends Journal has reported how the U.S. seemed to adjust its objective as the war continues. Defense Secretary Lloyd J. Austin III, who was a board member for Raytheon before taking the top defense job, said last month that “we want to see Russia weakened to the degree it cannot do the kinds of things that it has done in invading Ukraine.”

TRENDPOST: President Joe Biden was furious that senior U.S. officials went to the media about Washington sharing intel with Ukrainians that may have resulted in the sinking of Russia’s flagship and the killings of about a dozen Russian generals, according to a report.

Thomas Friedman, a columnist for The New York Times, wrote Friday that his sources in D.C. implied that the leaks were not “part of any thought-out strategy,” and Biden was “livid” when he learned about them.

Friedman said Biden got on the phone with the head of national intelligence and CIA to demand that these leaks end because it was inching the U.S. closer to conflict.

TREND FORECAST: The U.S. has been provoking Russia since before the invasion and has been focused solely on propping up Kyiv with weapons...no talk of peace.

Washington has said it essentially hopes to kill Russia with 1,000 cuts. The hope in D.C. is that the Russians will eventually tire of the Ukrainian misadventure and force a regime change in the Kremlin. That will not happen so the war will drag on until Russia defeats Ukraine and Kyiv is forced to negotiate for a cease fire.