U.S. DOLLAR TO FADE AWAY 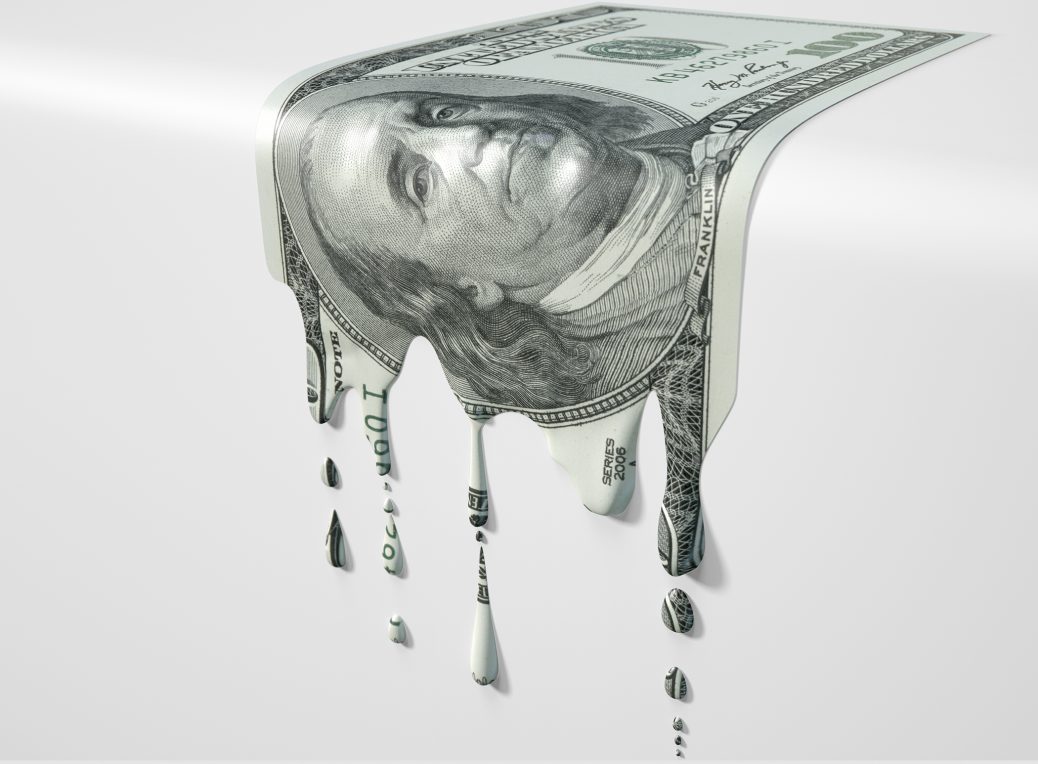 The world is well on its way to a new paradigm: no dollars.

For years, many, including myself, have explained to their audiences that a new 100 percent digital system is going to be the future of transactions.

Already, just go to the website of the Federal Reserve. There exists on Earth only $1.7 trillion of actual printed dollars… the rest is all digital. So, it is not hard to see we are already 99 percent into a cashless system.

Why a completely cashless system? It is two-fold.

#1: So every possible transaction can be tracked. But… it is much bigger that that.

#2. The current dollar-based system is being phased out. How do we know this? Observe what the Fed is doing right now. Never before in the history of the world has a central bank, especially one that holds the world’s reserve currency, been involved in a debt expansion and asset acquisition cycle like they are doing now.

Nothing even comes close.

Also, the Fed is distributing trillions of dollars to other central banks around the world, which, in turn, are buying assets.

Being that 99 percent of transactions already are devoid of using any kind of currency, we should expect the rollout of a new system in short order.

The move to a 100 percent cashless system is going to vault the Federal Reserve into not just the central bank of the world – it will put the entire planet under their direct influence, much more so than what they have today.

As the world is locked in mainstream media propaganda, political division, a so-called killer virus, and riots, the Fed is finishing their final solution: to be the lender and buyer of last resort. Via this mechanism, they are literally buying the world.

They are buying the world with the old system and increasing their stranglehold on nations and individual citizens by creating, out of thin air, slaves to debt, and, therefore, slaves to them.

If you are familiar with my work, you also know I have explained that in order to beat a debt-based system, you need to become your own central bank and bet against the debt.

The Fed’s New World Order System will be 100 percent debt based. How do we know? Because that is how central banks keep their power, control, and influence. There will not be a move to a commodity-backed, wealth-based system.

As I see it, physical gold and silver, as well as non-central bank issued currencies, will skyrocket in value as the dollar is “phased out.”