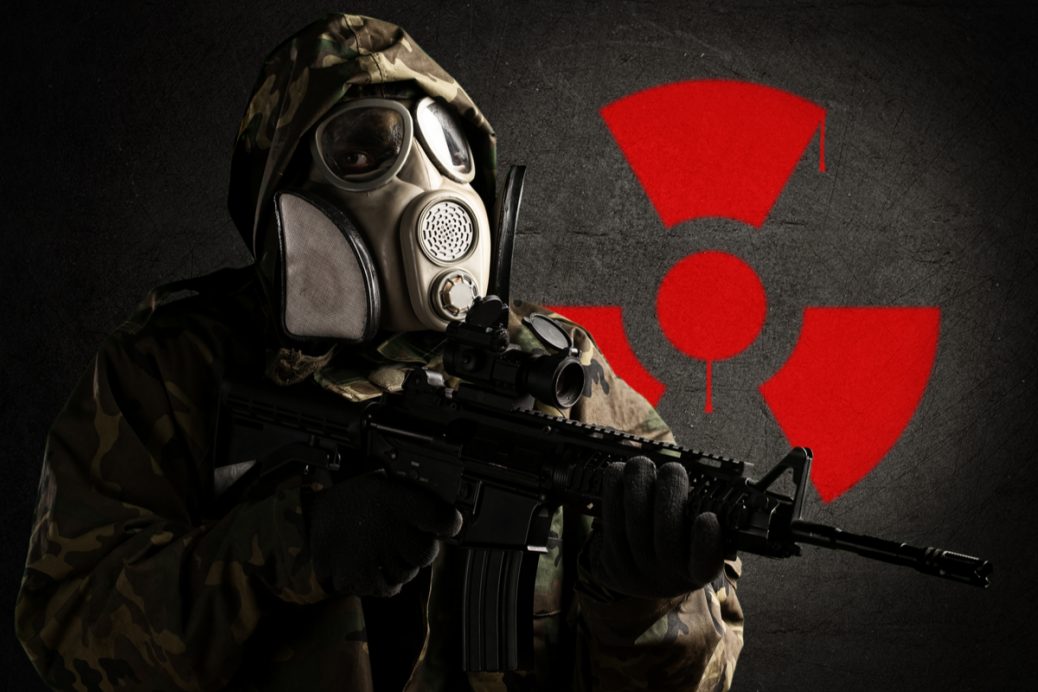 Victoria Nuland, the U.S. State Department’s Under Secretary of State for political affairs, gave life to Russia’s claim that the U.S. teamed up with Kyiv to operate bioweapons labs in Ukraine, which the corporate news media has written off as bogus.

Nuland—who was a chief architect of the U.S. led coup that overthrew the democratically elected president of Ukraine Victor Yanukovych in 2014 – was asked by Sen. Marco Rubio during a Senate Committee on Foreign Relations hearing last week if Ukraine has these facilities. (See “VICTORIA ‘FUCK THE EU’ NULAND WHO SPEARHEADED OVERTHROW OF DEMOCRATICALLY ELECTED PRESIDENT OF UKRAINE IN 2014, STILL IN POWER.”)

“Are there chemical and biological weapons labs in Ukraine?,” asked Rubio.

Nuland said, “Uh, Ukraine has uh, biological research facilities, which, in fact we are now quite concerned Russian troops, Russia forces may be seeking to uh, gain control of. So, we are working with the Ukrainians on how they can prevent any of those research materials from falling into the hands of uh, Russian forces should they approach.”

Before she could continue, Rubio shut her down, saying Russian "propaganda" claimed that Ukraine was planning a biological or chemical false flag attack and asked Nuland if she had any doubt, should such an attack occur, that Russia was actually behind it.

Ned Price, the State Department spokesman, said the U.S. “does not own or operate any chemical or biological laboratories in Ukraine, it is in full compliance with its obligations under the Chemical Weapons Convention and Biological Weapons Convention, and it does not develop or possess such weapons anywhere."

Nuland’s comment was quickly seized on by President Biden’s top critics in the media, and sparked favorable news outlets to circle the wagons. The New York Times ran a headline, “Theory About U.S.-Funded Bioweapons Labs in Ukraine is Unfounded.”

The paper’s evidence? “There is no evidence to support the claims, which President Volodymyr Zelensky of Ukraine, the White House, the Pentagon and the State Department have all unequivocally denied.”

Nuland was referring to diagnostic and biodefense labs in Ukraine, the State Department told the Times, pointing out a distinction from biological weapons facilities.

WSWS.org pointed out that the Times repeated “verbatim” the response from the U.S. government.

The report pointed out that The Washington Post also ran a report that quoted Zelensky who said, “No chemical or any other weapons of mass destruction were developed on my land.”

China’s Foreign Ministry joined Russia in calling for an investigation after Nuland’s remarks.

“This Russian military operation has uncovered the secret of the U.S. labs in Ukraine, and this is not something that can be dealt with in a perfunctory manner,” Zhao Lijian, a ministry spokesperson, said Thursday, according to The Associated Press. “It is not something they can muddle through by saying that China’s statement and Russia’s finding are disinformation, and are absurd and ridiculous.”

TRENDPOST: The separation between the corporate media and the people they cover continues to blur as the Presstitute, media whores who get paid out by the corporate pimps and Washington whore masters keep doing what they are told.

The Ukraine War has been a stark reminder of the dangers of what happens when a news report is formed around a Pentagon or Ukrainian press release, and the “evidence” in the report is the press release itself.

The Times and Washington Post have all repeated the U.S. claim. William Burns, the CIA director, managed to spin Nuland’s response and doubled down on Rubio’s claim that the Russians could be lining up a biological attack of its own in a false flag operation that could be blamed on Washington.

“This is something, as all of you know very well, is very much a part of Russia’s playbook,” he said, according to the AP. “They’ve used these weapons against their own citizens, they’ve at least encouraged the use in Syria and elsewhere, so it’s something we take very seriously.”

The China Daily newspaper reported that officials from Russia claimed to have uncovered evidence that these clandestine labs have worked on pathogens such as anthrax, the plague, and Malta fever.