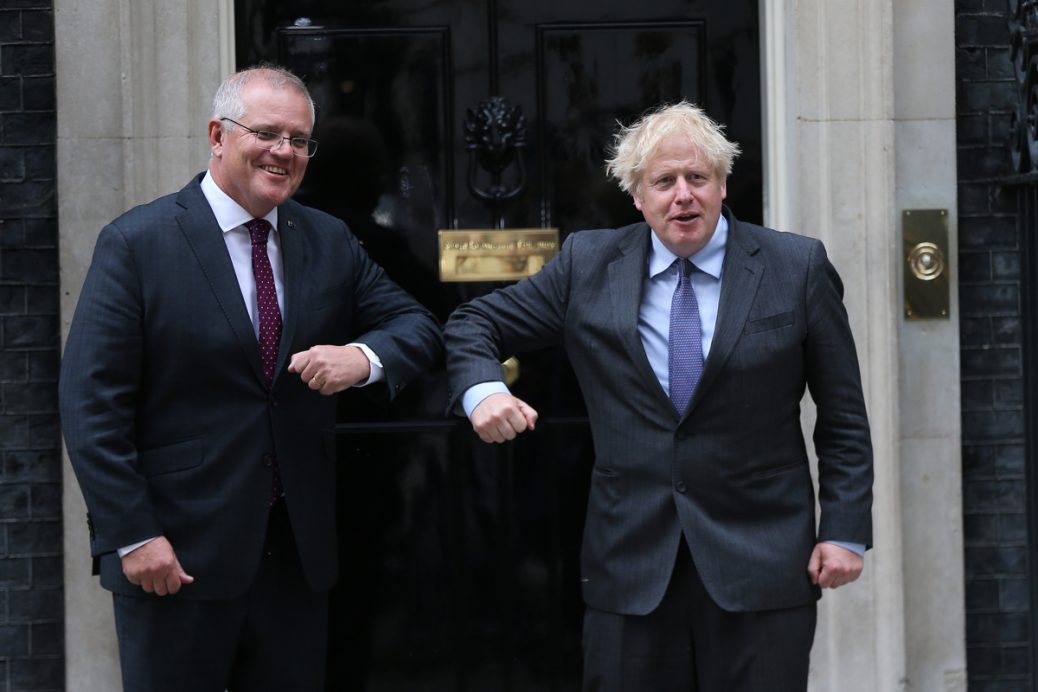 British Prime Minister Boris Johnson last week announced that he was ending the last remaining COVID-19 restrictions in England and will begin a “living with COVID” plan, according to a report.

“As COVID becomes endemic we will need to replace legal requirements with advice and guidance urging people with the virus to be careful and considerate of others,” he told the House of Commons, according to the Financial Times.

The paper reported that Johnson’s announcement was embraced by Conservative MPs. The U.K. has seen a jump in infections, including 3.3 million in the week ending on 5 February. Anyone who is infected with the virus in Wales or England must self-isolate for at least five days.

Johnson’s rule to end self-isolation and all other COVID restrictions could take effect in late February. Johnson’s decision was met with some opposition from MPs who said the move was not based on science.

“There certainly wasn’t a meeting and agreement between the chief medical officers across the U.K., Sir Francis Atherton, a British physician and chief medical officer of Wales, said, according to the BBC. "There was no meeting between health ministers before this change was made, all the things that have been very normal during the course of the last two years, didn't take place."

Johnson has faced recent criticism in the country over scandals of his throwing parties at 10 Downing while he ordered England to lockdown.

Some NHS staff called Johnson’s move “reckless” and see it as an effort for the embattled prime minister to get the public’s attention off him. Metropolitan Police sent him a questionnaire about the scandal on Saturday amid a growing investigation.

He is facing pressure to step down if an inquiry finds he violated the very lockdown orders he put into place.

Johnson’s announcement did not persuade other European countries like France and Germany to change their COVID-19 policies, but the two said they are watching England with interest.

“I don’t see Germany going down the UK’s path quite so quickly,” Johannes Knobloch, an infection prevention specialist at Hamburg’s University Medical Center, told The Guardian. “But then you need to bear in mind there are broader philosophical differences in our health system, with avoidance of death still playing a fundamental part in the German system, while Britain’s system places more emphasis on maintaining the ability to work.”

TREND FORECAST: Boris Johnson is the epitome of the “Do as I say, not as I do” ruling class of Liars, Cowards, Freaks and Fools running a nation, state, city near you.

Despite his being caught lying numerous times of having parties while locking down the nation, stealing public money to renovate his flat, etc., the clown of a man—with a body, face and actions that a cartoonist could not envision—is running a major nation of the world.

We note these “features” to illustrate Boris Johnson’s personification of the image, ways and means of the leaders of the world.

Therefore, to divert attention from the economic destruction that will devastate what was once the middle class, these psychopathic, pathological political liars will lead their nations to war.

TRENDPOST: Beyond forecasting the devastating effects of the made-up, lacking-scientific-data rules imposed upon societies by the lockdowns, the Trends Journal has been detailing the failures of extended lockdowns.

Here are a few examples:

And going back to 14 April of last year, in our article “SHUT DOWNS & SHUT INS,” we wrote:

“Taking advantage of successful fear campaigns, political leaders continue to shut down economies and shut in their citizens based on their individual temperament rather than hard data.”

Also absent the mainstream media reporting—except to condemn them for not mandating draconian lockdowns and robbing its citizens of freedom and liberty as most nations did—is Sweden’s success for not joining the COVID war yet beating the coronavirus.”

Sweden stood out among European nations for its hands-off response, not forcing mask wearing, keeping schools and businesses open.  What Presstitutes did report was that Sweden had higher COVID death rates compared to other Nordic countries, but downplayed the fact that they were lower than most European nations that imposed strict lockdown mandates.

Last week, the government also halted testing for coronavirus even if people had symptoms of a virus infection.