U.K. GEARS UP FOR WWIII: READY TO JOIN FIGHT IF SWEDEN AND FINLAND FIGHT RUSSIA 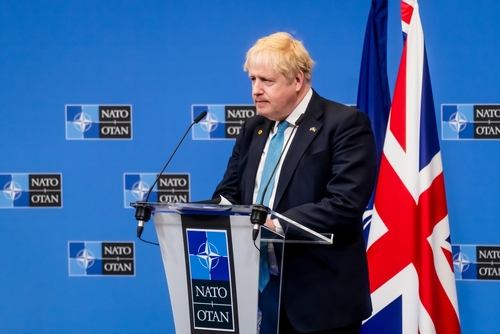 Boris Johnson, the British Prime Minister, said Wednesday that the United Kingdom would come to the defense of Finland and Sweden if attacked.

Johnson, who has been one of the most outspoken critics of Russian President Vladimir Putin, also promised the countries that the U.K. would provide security assurances during any transition into NATO, the Financial Times reported.

The prime minister was not specific about the defense that would be provided but promised in a joint statement with Sweden, that “should either country suffer a disaster or an attack, the United Kingdom and Sweden, upon request from the affected country, assist each other in a variety of ways, which may include military means.”

“This declaration is something that is about the U.K. and Sweden standing together, affirming our friendship and our partnership, and our willingness to come to each other’s defense and support,” Johnson said.

Sauli Niinisto, the Finnish president, was asked by a reporter about the possibility of a Russian attack if Helsinki joins the alliance, and he said he would tell Putin that the Russian leader brought this on himself.

“If that would be the case then my response would be: you caused this. Look in the mirror,” he said, according to The Guardian.

TRENDPOST: As NATO’s first secretary-general put it, NATO was formed in order to keep the Russians out of Western Europe and the Americans in.

Instead of disbanding NATO when the Soviet Union collapsed in 1991, Washington dramatically expanded NATO.