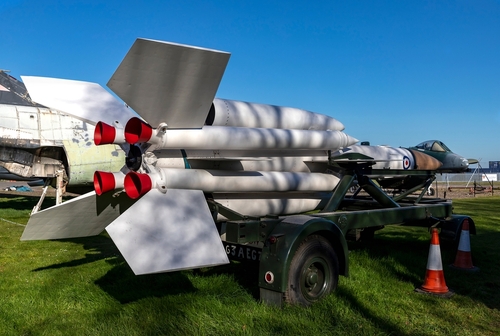 The British Foreign Office announced that it will send Ukraine advanced rocket launchers that can strike targets up to 50 miles away to assist Kyiv in its ongoing battle for the eastern region of the country.

The move, announced Wednesday, came shortly after U.S. President Joe Biden agreed to send the American version of the rocket technology. Britain said it will train these Ukrainian forces on how to use the U.S.-made M270 launchers in the U.K..

“As Russia's tactics change, so must our support to Ukraine,” Ben Wallace, the British defense secretary, said. “These highly capable, multiple-launch rocket systems we'll enable our Ukrainian friends to better protect themselves against Russia's brutal use of long range artillery, which Putin's forces have used indiscriminately to flatten cities.”

Reports out of the Donbas region indicate that Russia has supplemented much of its ground fighting with a barrage of long distance missiles that have devastated Ukrainian forces and cities.

The Trends Journal reported that Moscow has identified these missile systems as game-changers because they could be fired deep into Russian territory. Ukrainians promise that they will not fire them into Russia.

Western officials have warned that these weapon transfers could provoke Putin into escalating the conflict, including using chemical or even nuclear weapons, the BBC reported.

Ukraine was praised for thwarting Russia’s invasion but has been faltering in recent weeks as the war drags on. Russia now controls Mariupol and is close to seizing Severodonetsk, another strategic city in the region.

WSWS.org pointed out that Biden wrote in an op-ed published in The New York Times that he does not want war with Russia and has no intention of prolonging the war “just to inflict pain on Russia.” The website wrote, he must “take his readers for fools.”

Russian forces and Ukrainians have been fighting it out in Donbas, which Kyiv said is the fiercest fight in Europe since WWII. Zelensky said earlier this week that his country is losing as many as 100 soldiers a day in the conflict.

Zelensky, and most recently his wife, said Ukraine will continue fighting until it gets every inch of its land back from the “occupiers.”

TREND FORECAST: Kyiv gets very defensive whenever someone is anything short of 100 percent behind its stated ambition to completely repel Russian forces.

Top government officials mocked Henry Kissinger who said the country should consider ceding land to bring a peaceful settlement, and French President Emmanuel Macron was also targeted for saying Russia should not be humiliated on the battlefield.

Macron said it was crucial President Vladimir Putin had a way out of what he called a "fundamental error," the BBC reported. Ukrainian Foreign Minister Dmytro Kuleba said in a tweet that "calls to avoid humiliation of Russia can only humiliate France and every other country that would call for it."

Ukraine would have been forced to surrender if not for Western support, so this tough-guy talk from Kuleba is both deadly and destructive since we forecast before the war began that Ukraine will be defeated by Russia.