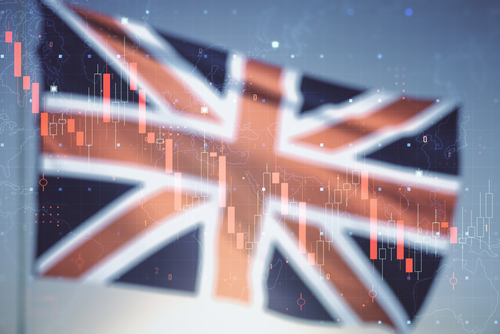 In the year’s first quarter, the U.K. economy grew 0.8 percent, driven by a spending spurt after the kingdom lifted Omicron-related restrictions on movement.

But Britain’s GDP flatlined in February and contracted 0.1 percent in March, the Office for National Statistics reported last week.

The service sector, which usually leads the country’s growth, slid 0.2 percent in April from March.

Growth is likely to slow further in this quarter, the Bank of England said in a recent statement, as inflation eats household and corporate budgets, its appetite sharpened by the war in Ukraine and Western sanctions against Russia.

As many as 1.5 million households will face costs for energy and food that exceed their disposable incomes, according to the bank’s calculations.

The U.K.’s economy is likely to shrink 1 percent in 2022’s final quarter, the bank also predicted, and will contract in 2023.

The pucker will result from what the bank expects to be the second greatest loss of disposable income to inflation since records began being kept in 1964, the bank said.

TRENDPOST: The Bank of England has raised interest rates four times since December in its failed attempt to lasso inflation. The Consumer Price Index jumped from 6.2 percent in February to 7 percent in March.

Bank officials disagree over how many more rate hikes the economy can withstand before the hikes do more harm than good.

As Gerald Celente has often noted, “When all else fails they take you to war.” And now, as we have reported in the Trends Journal, the U.K.’s Prime Minister Boris Johnson has vowed to take his nation to war if Russia gets in a fight with either Finland or Sweden.