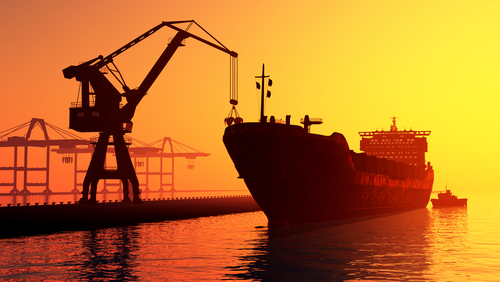 The insurance ban is seen as a way the West hopes to limit Russian oil exports to current customers.

“The impact of a U.K. and EU maritime insurance ban on ships carrying Russian oil cannot be overstated,” Leigh Hansson, a partner at Reed Smith, a law firm with a focus on shipping. “We’ve seen the impact the insurance ban had on Iranian oil a decade ago, and this could well send Russian oil trade down the same path.”

The paper said the latest maneuver to damage Russia could have a far deeper impact on energy markets around the world. The move could also put a strain on the industry as a whole.

One official at Lloyd’s told the Financial Times that these ships are “moving quite quickly and the insurance I contracted quite immediately, it’s quite hard to do a lot of homework on the provenance” of these vessels.

Erik Broekhuizen the head of tanker research at Poten & Partners in New York, a ship broker and energy consultancy, told NPR that the EU’s latest embargo was important, but this insurance ban would prevent Russia from selling its crude to other buyers.

“It's the one-two punch. It's the second one that could be a knockout blow,” he said.

Shipping insurance is an insular industry and NPR pointed out that two entities cover more than 90 percent of the world's tankers. Lloyd's of London covers physical damage and the International Group of P&I Clubs provides liability, the report said.

John Miklus, president of the American Institute of Marine Underwriters, told NPR that these ships are unable to dock at most of the world’s key ports without the insurance.

“I would expect an immediate drop of Russian oil exports because the sanctions affect long-term contracts.” Dag Kilen, Fearnleys research chief, told the FT. “It does not look good for Russia’s exports and [oil] industry six to eight months from now.”

Thane Gustafson, an oil expert and professor of Russian politics at Georgetown University in Washington, told CGTN that it's an unprecedented move.

"The largest single market for insurance by far is located in London, so the fact that the U.K. government has agreed to cooperate with the EU is a major development," he told the outlet. "But it remains to be seen, under U.K. law and U.K. politics, just how this will be carried out. Nothing on this scale has ever been attempted before."

He compared the oil market as “one big bathtub.”

"Oil comes in from multiple sources. It gets mixed among the various grades in tankers. Then it goes out by multiple drains, you might say—it becomes a game of 'Catch me if you can.' The insurance industry then has to provide protection certification for tankers that exit from ports, and ports will require this. So the measure aimed at insurance is potentially an important lever."

TRENDPOST: The Trends Journal has reported on the ineffectiveness of the massive sanctions put on Russia, and how We the People have paid the price. (See “BIDEN’S ‘HATE RUSSIA’ SANCTIONS CAMPAIGN INTENSIFIES,” “BIDEN BACKTRACKS: SAYS SANCTIONS WERE NEVER MEANT TO DETER RUSSIA FROM INVADING UKRAINE,” “POLISH PRIME MINISTER ADMITS SANCTIONS A BUST” and “UKRAINE WAR ECONOMIC OVERVIEW.”)

Western countries have suffered due to these sanctions. German news outlets reported Sunday that Berlin stands to lose $5.4 billion a year to pay for replacement gas. Gustafson also pointed out that there’s a chance that Russia could actually benefit from the insurance ban.

“If the embargo is effective and Russian oil exports do decline, then the consequence is going to be higher oil prices,” he warns. “And that, of course, means that Russia in principle would be getting more dollars for its oil.”