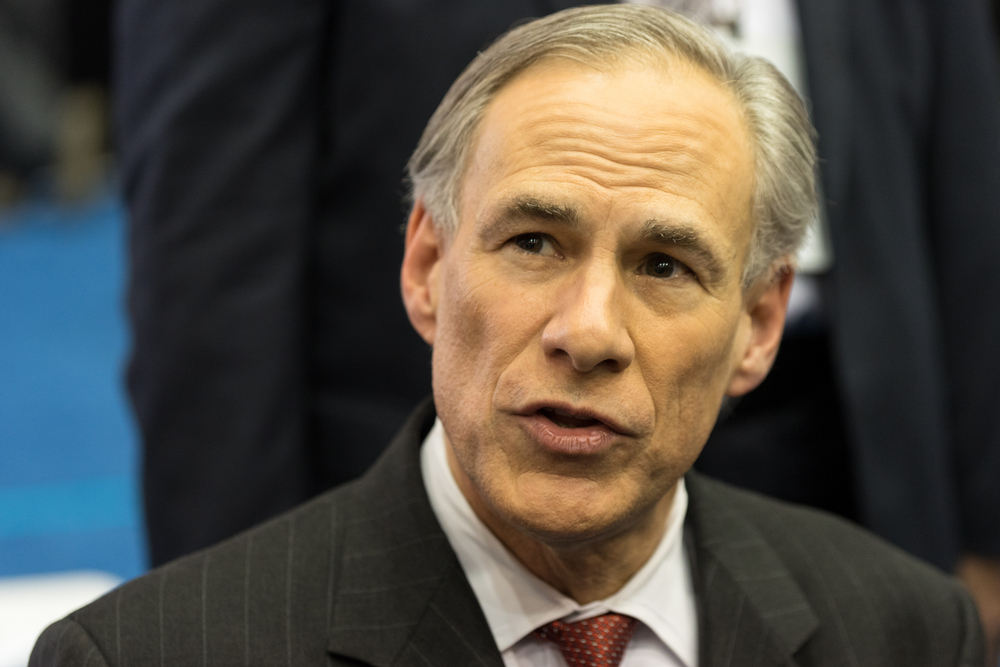 But none of that was a target this past week of Texas Governor Gregg Abbott. At a meeting with representatives of several pro-Israel groups, Abbott focused on GAB, a social media upstart that allows constitutionally protected speech on its platform. Meeting with several pro-Israel state legislators, Abbott pandered and rhetorically channeled Andrew Cuomo, “speaking” for his entire state.

“Antisemitic platforms like Gab have no place in Texas and certainly do not represent Texas values,” the Republican said in a video posted on Twitter, which notably banned former President Trump amid voter fraud controversies and protests surrounding the 2016 election.

Yes. The same Twitter trying this past week to squirm out of a lawsuit filed federal court by a child sex trafficking victim, who alleges the company refused to expeditiously remove explicit content depicting the child on its platform.

Abbott, standing in front of an Israeli flag, was convening with the legislators to promote legislation that would crack down on “anti-Semitic” speech. Apparently, any vocal opposition to Israeli policies could be viewed as “anti-Semitic” by Abbott’s dubious standard.

Everything’s Bigger in Texas, Including Smears

GAB founder Andrew Torba took exception to the Governor’s smear of the platform.

“Every month 30 million people use Gab’s services to get access to the free flow of information online. Gab is the home of free speech in a world where Big Tech oligarchs have censored, deplatformed, and demonized tens of millions of good, honest, and decent people with whom they disagree politically.

Last night Texas Governor Greg Abbott, a ‘Republican,’ issued a despicable and false statement smearing Gab as an ‘anti-semitic platform that quote ‘has no place in Texas.’ This is the same Gov. Abbott who just five days ago said he was ‘taking a stand against Big Tech censorship.’

Torba pointed out that Abbott has been in bed with some of the biggest tech giants (and censors) in America. For example, Abbott worked last October to attract Amazon to set up in Texas with a $17 billion incentive deal.

Torba went on to say that Gab is not an anti-Semitic platform:

“We protect the political speech of all Americans, regardless of viewpoint, because in this age of cancel culture nobody else will. That means unpopular viewpoints may be found on the site.”

He pointed out that the site has numerous users of every political persuasion and ethnicity, and that GAB represents the most intrinsically American stance toward free speech of any social media platform in existence.