TURKEY: A CRIME TO TELL THE ECONOMIC TRUTH? 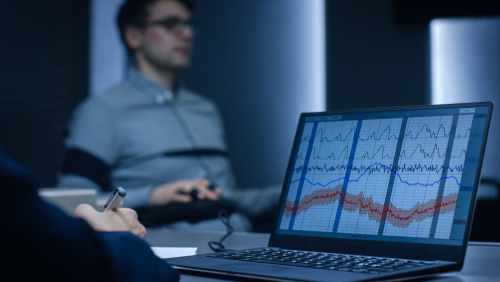 The government-run Turkish Statistical Institute (TurkStat) filed a criminal complaint against the Inflation Research Group (IRG), after theYreported that Turkey’s inflation rate is near 40 percent, not the 19.5 percent claimed by the country’s government and central bank.

A prosecutor is investigating the complaint, which alleges the group violated rules by failing to publish its methodology along with its results.

The IRG dismissed the charge.

“Our aim wasn’t a move against TurkStat or to create an alternative inflation rate,” economist and IRG member Veysel Ulusoy said in comments quoted by the Financial Times. “but polarization is everywhere in Turkey, even in the statistics.”

The IRG isn’t alone in its findings.

Economist Steven Hanke at Johns Hopkins University used a method called “purchasing power parity” to compare the lira and dollar and found the June pace of Turkey’s inflation also to be close to 40 percent.

TurkStat claims allegations that its data is manipulated are “baseless.”

However, a poll found 82 percent of participating Turks did not believe TurkStat’s claim that inflation pulled back to 16.6 percent in May; a majority responding to a different survey believed Turkey’s economy shrank in this year’s second quarter, a time when TurkStat said the economy grew 21.7 percent.

If the economy has grown its fastest in more than 20 years, as TurkStat says, many people have failed to feel the benefit, with inflation and unemployment remaining in double digits, the FT noted.

Erdogan fired three central bank governors in a matter of months late last year and early in 2021, shredding faith in the country’s financial stability and sending the Turkish lira into a tailspin against the dollar, as we reported in “Turkey: Another Day, Another Bankster Fired” (1 Jun 2021).

Setting interest rates below the rate of inflation virtually guarantees that investments denominated in lira will lose value.

The cut sent investors fleeing once again, taking it as a sign that policymakers are not serious about protecting the lira’s value, the FT said.

The lira sank to another record low against the dollar, at one point trading as low as 8.8 lira to the buck.

The new exchange rate likely will speed inflation even more by raising the cost of imports.

Turkey’s economic plight has sent Erdogan’s popularity to its lowest in two years, the FT noted.

TREND FORECAST: As we noted in March, the sinking lira and rising inflation are symptoms of a much more troubling Turkish socioeconomic and geopolitical environment. (See “Turkey: No Political Opposition Permitted,” 23 March, 2021.)

As the global economy decelerates and inflation keeps rising across the globe, the lira and Turkey’s economy will continue to slide.

With 13 percent of Turkey’s economy based on travel and tourism, new travel restrictions and vaccine mandates being imposed worldwide will be especially hard on the country, its currency, and its workforce, at least through the rest of this year.

Yesterday it was reported that last month Turkey’s CPI rose nearly 20 percent which is nearly four times the official inflation target. Food costs spiked by nearly 30 percent in September, and the lira has hovering near its record low against the dollar.

With President Erdogan’s popularity near record lows, we forecast, that when all else fails, they take you to war.