TRANSCENDING THE DELUSIONS OF INSTITUTIONAL CONTROL 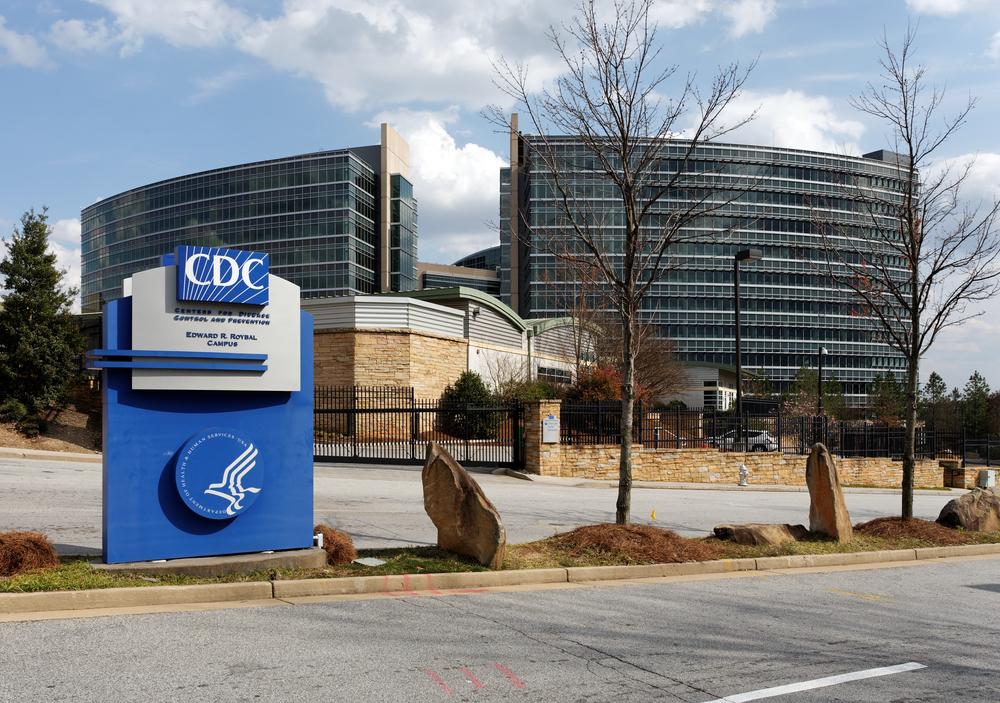 In his 1938 song “Scottsboro Boys,” blues artist Lead Belly warned us to remain alert, “stay woke,” as we pass through unfriendly and prejudiced lands and territories. “I advise everybody to be a little careful,” Lead Belly sang, “stay woke, keep your eyes open.”

We need to become streetwise by critically evaluating everything. However the present woke generations appear to have entered a coma.

The most recent incarnation of wokeness is not an awakening of either consciousness or conscientiousness that respects the sacredness of life, other humans, and the animal and plant kingdoms. It has steered away from its early origins within the Black community when it was used to refer to a social and political awareness for racial and social injustices.

The first modern use of the term “woke” goes back to a 1962 New York Times article by the Black author, William Melvin Kelly, in referring to being “well informed, up to date.”  To be woke requires critical thought and discernment.  It has more in common with an innate metacognitive knowing, to distinguish between rightness and fraud.

Now the term has been adopted by two entire generations, regardless of race, and politicized with almost an ontological unease to conquer and divide. Hence to be woke is to be anti-woke.

Throughout human history hierarchical power has been abused to control those who are subject and dependent upon that power, such as the rule of kings, emperors and authoritarian tyrants. In addition, to meet our daily needs and to secure financial ease there are landowners, merchants and bankers. In all of these power relationships, equity is always on the side of those who hold power.

At this moment our nation has reached an impasse where only a tiny group of individuals control and govern the lives of the many.

The Canadian philosopher Marshall McLuhan wrote, “In a culture like ours, long accustomed to splitting and dividing all things as a means of control, it is sometimes a bit of a shock to be reminded that, in operational and practical fact, the medium is the message.”

McLuhan is suggesting that the masses have the tendency to focus on what is most obvious and consequently miss or ignore the deeper and more subtle changes unfolding over a period of time.  In other words, what may seem to be correct and just on the surface may eventually bring forth deleterious or “unintended” consequences.

McLuhan wrote long before the internet. Today, presidential campaigns and federal laws, public health policies, the mainstream media and corporate entertainment are the conduits for how we define ourselves. They also define and set the boundaries for the dogmatic beliefs we ultimately identify with.

But all of these narratives are controlled by a handful of power players, including the social media platforms such as Google, Facebook, YouTube and Wikipedia.

Succumbing to the siren’s call of this illusion is being woke with closed eyes.

There is a saying that if you do not know the product being advertised you are the product; and this is certainly true for how millions of Americans are persuaded to purchase junk they have no need for.

Our personal realities thereby are reduced to millions of bits of algorithmic data that know more about us than we know about ourselves.  We are sold on the promises of 5G technology despite the media never mentioning its serious dangers to human health and the environment.

The risks of genetically modified foods and vaccination are censored from public discourse. Federal agencies that begin small and are believed to be temporary, such as Homeland Security, become permanent and unstoppable leviathans that encroach into every corner of our lives.

At this moment, we are being instructed that our sole attention should be to get a Covid-19 vaccine and boosters so life can return to normal. This may sound reasonable. However, hidden beneath this message’s surface has been a sophisticated effort to bypass and trash essential regulatory protective measures to assure the safety of these genetic products.

Now that all world governments’ health policies have utterly failed to contain the spread of SARS-CoV-2 variants, such as Delta and Omicron, more and more doctors and medical experts around the world are coming forth to say we have been deceptively misled by the Ministry of Truth’s Anthony Fauci-s and Bill Gates-s of the world.

Yet their voices are being canceled and censored by Silicon Valley and social media as are professors speaking against student demands for personal entitlement and the anti-woke White Fragility diatribe that condemns genetic whiteness as racist. Students would prefer college to be sanitized of critical thought, a pleasant, non-intrusive and safe environment filled with teddy bears and psychologists next door to drug their episodes of existential angst and purposelessness in life.

As the pandemic hijacks our attention, global warming increases. Over twenty percent of Americans will go to sleep hungry tonight. Those with cancer, heart disease, diabetes and dementia are told to just hang on a bit longer; a blockbuster pharmaceutical cure is just around the corner.  But for decades, this carrot has been dangled before us and has yet to come to fruition.

Everything today is its opposite. The blue and red pills have been pulverized together. Only a purple pill laced with the strychnine of lies and half-truths is offered by an unduly legislative system run by technocrats and their private financial handlers.

Woke and anti-woke are indistinguishable since both are born from similarly delusional worldviews divorced from reality, neither being capable of observing the preciousness and fragility of human life. It is only the rare authentic progressive who has transcended this divide and can observe wisely the battlefields orchestrated by politically motivated ideologues, aristocrats and the media.

As the U.S. spins further into a controlled dystopia, it is difficult to imagine that this trajectory towards social decay can be easily reversed. Arthur Miller said, “an era can be said to end when its basic illusions are exhausted.”  Therefore, we still have a long way to go and it may require a full system-failure at all economic and social levels before a viable and realistic effort can restore what has been lost from the ethical wasteland left in its wake.

It took Rome several centuries to collapse but we are on course to accomplish this feat within a decade. To remain optimistic, therefore, requires a rejection of the dominant Social Darwinism and the specter of what Thomas Huxley called the “Church Scientific” that now informs both parties and that have shackled us in a fatalist purgatory or worse Dante’s hells of lust, gluttony and greed.

The evangelical Christian Right—science’s counterrevolutionary reactive response—is equally a contributor to the dumbing down of the nation’s sanity with fairy tales and superstition.

Our indoctrination into scientific materialism, our surrendering our autonomy and divine freedoms to political and corporate regimes, and the clashes over political correctness, that disempower us from believing we can change our conditions, has created a sense of hopelessness in life and growing existential despair.

The consequences, particularly for the younger generations, have been an outburst of psychological maladies, ADD and ADHD, depression and anxiety, and rising suicide rates. It is also contributing to the unbridled frenzy of hatred across the internet.

Ideological beliefs become dogmas based upon mental afflictions, which in turn drive our emotions, fears and hatreds and reactions. No wonder pessimism is on the rise and optimism is in decline.

Only a personal encounter with a deeper purpose and meaning in life, which cuts through the tyranny of our false sense of the self or ego, can ultimately guide us to rise above the turmoil and crises facing us. This does not imply a detached disinterest, an ascetic renunciation, from the plights of our neighbors and humanity. But it does demand an introspective inquiry into ourselves to discover authentic kindness, compassion and a deeper connection with others so authentic well-being and genuine happiness can emerge.

It is a commitment to finding our interconnection, in fact our interdependence, with others in the spirit of selflessness and service.

So if modern American society relies solely upon mental and emotional distraction to survive, clearly there is no hope for constructive solutions to emerge to confront the roots of climate change, racism, identity politics, inequality, etc. Nor will society evolve beyond that of primates if we can only function from our reptilian and limbic brains.

Obviously not everyone will discover the same purpose in his or her quest for life’s meaning. It is an individual quest that is largely entwined with each of our unique gifts, skills, passions and talents that we have brought into this incarnation. Those who disagree that one can discover meaning in life are the dogmatists of materialism and should be shunned.

Logic and reason alone will not satisfy this discovery; although developing skills in critical thought and discernment is more often than not necessary. It is only the rare person who has immediate intuitive knowledge about herself and the world around her.

For the remainder of us, we need to educate ourselves to have a roadmap, develop a discerning eye, and engage in deep introspection into ourselves to find the purpose of our lives. It is an individual journey that begins deep within ourselves and ends by embracing others in community despite the differences.

However this is not an exercise in reason, but a direct experience within the depths of ourselves. When we touch on that place that can only be reached by subjective introspection new horizons of opportunities and possibilities open up. Then we can understand the words of the great jazz artist John Coltrane,

In that honoring of our inherent goodness, genuine well-being and happiness is found and only then can our illusions and dogmatic beliefs be surrendered.