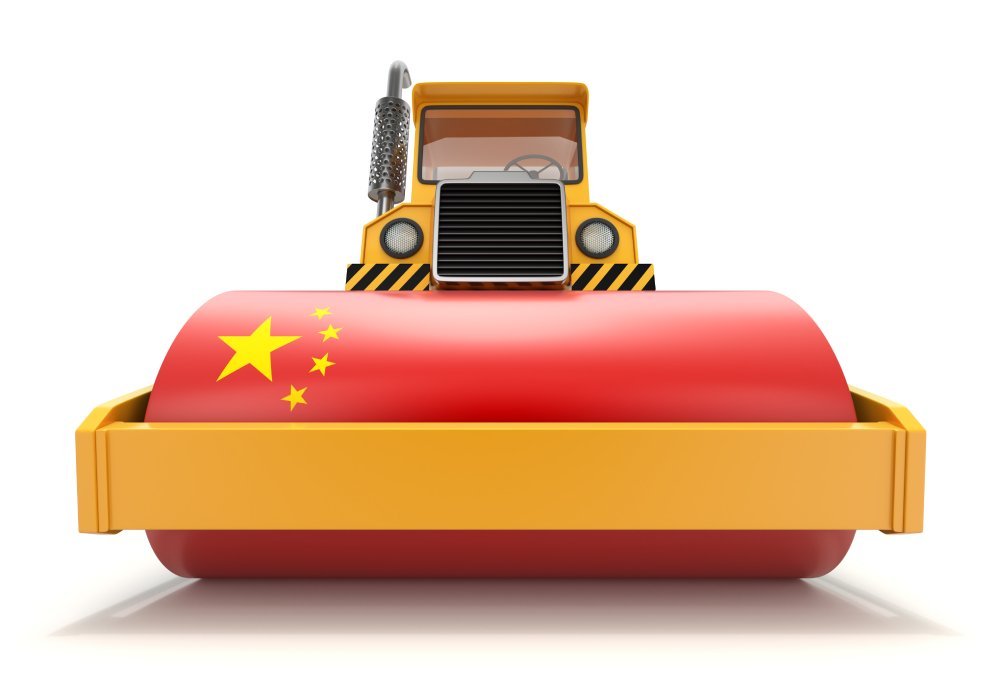 As we have forecast, the 20th century was the American century – the 21st century will be the Chinese century. The business of China is business; the business of America is war. While America spent countless trillions waging and losing endless wars and enriching its military-industrial complex, China has spent its trillions advancing the nation's businesses and building its 21st-century infrastructure. The following overview of the current economic trends further paints the ups and downs of China’s economic future.

CHINA POSTS 2.3-PERCENT ECONOMIC EXPANSION IN 2020. China’s economy grew 2.3 percent in 2020 and surged 6.5 percent in the year’s final quarter, meeting exactly or beating a range of economists’ projections, according to the country’s National Bureau of Statistics.

The figures also bear out expectations which we have been reporting that China’s would be the only major economy to show positive growth last year. While the rest of the world locked down, closing down productivity and restricting social movement, China opened up.

China’s economy crashed briefly a year ago as the virus began to spread. However, they did it (since hard facts and data by their government are questionable), and the nation was only briefly locked down.

Subsequently, their economy rebounded quickly, in part thanks to a government-directed emphasis on manufacturing, infrastructure building, and exports to serve a crippled world.

That emphasis left consumers behind; the country’s consumer economy contracted 3.9 percent in 2020.

As we have been reporting, last fall, the government announced a “dual circulation” economic strategy that would continue to boost its export industry while aggressively cultivating a flourishing consumer economy to serve its 1.4 billion customers.

Retail sales in China will grow more than 10 percent this year, especially as consumers there spend savings to satisfy pent-up demand as the consumer economy expands, predicted Bruce Pang, chief of strategy research at China Renaissance, in a research note.

CHINA GAINING ON U.S. AS WORLD’S LEADING ECONOMY. China will account for 16.8 percent of global GDP growth last year, up from 14.2 percent in 2016, according to Moody’s Analytics.

In contrast, U.S. growth last year was 22.2 percent, virtually the same as its 22.3-percent number in 2016, Moody’s noted. However, the U.S. GDP remains 50 percent larger than China’s, the Wall Street Journal reported.

This year, China’s share of global production will rise to 19 percent and pass 20 percent by 2025, when the U.S. will account for only about 14.8 percent of the world’s economic output, Sohaib Shahid, a senior economist, predicted in a 15 January interview with the Financial Times.

China’s rapid recovery since its COVID pandemic has focused on supporting the manufacturing and small businesses. State-owned banks suspended debt payments for businesses; the government made loans at cheap rates to small firms.

The consumer economy was slammed shut and factories were required to meet strict standards to keep workers healthy.

By early April, about 97 percent of China’s largest businesses had reopened, the National Bureau of Statistics reported.

The country’s response to the virus and economic recovery made it the world’s manufacturing and export hub for much of last year. As such, it gained market share in a range of industries and geographic regions around the globe, especially in Asia, but also in Europe.

China shipped about 15.4 percent of the world’s exports in November, compared to 13.7 percent late in 2019, Oxford Economics reported. The growth rate in exports was the country’s fastest in more than three years, yielding a $75-billion trade surplus for that month alone.

The volume of China’s exports was up 7 percent, year over year, during the last six months of 2020, according to Shahid.

China’s trade surplus was $460 billion during the 2020’s first 11 months, 20 percent above 2019’s amount during the same period, he noted, adding “this shows the extent to which the pandemic has forced countries to increasingly rely on Chinese goods.”

About three-quarters of companies, including 70 percent of U.S. firms, expect to draw more of their supplies and parts from China through 2022, a November survey by HSBC Holdings found.

Also, China now is striving to expand its lagging domestic consumer economy, which will further strengthen its manufacturing sector.

The Trump administration levied tariffs on Chinese imports into the U.S. to try to address the American trade deficit; but in 2020 China recorded the largest trade surplus in world history, according to research firm Capital Economics.

In 2019, those tariffs shaved only 0.1 percent from China’s GDP, according to newly revised figures from that country’s National Bureau of Statistics.

China's GDP will expand by as much as 9 percent this year, Morgan Stanley has predicted, while in the U.S, the economy will grow by about half that much, according to a broad group of analysts and economists.

The country not only has a growing influence on corporate earnings but also as a financial center.

“China was becoming increasingly assertive in recent years,” Shahid said. “The pandemic has exacerbated that. China’s strong recovery will only increase its dominance.”

In 2020, China exported $2.6 trillion worth of goods and services, 3 percent above 2019’s level and a new record, China’s Administration of Customs reported last week.

December’s exports were more than 18.1 percent above those a year earlier, far above economists’ expectation of a 12.9-percent hike.

In December, China exported 34.5 percent more to the U.S. than it did in December 2019, giving it a $29.95-billion trade surplus with America for the month. For the year, China reaped a record $316.9-billion surplus from the U.S., China’s government said, despite Donald Trump’s efforts to balance the books with China by levying tariffs on its goods.

The country’s demand for imports dipped 1.1 percent for the year, even though they rose 4.5 percent in November and 6.5 percent in December as China’s economy gained added strength.

The difference between the value of imports and exports left China with a $535-billion trade surplus for the year, including a $78.17-billion positive difference in December alone.

China’s quick recovery from the pandemic and economic shutdown left it as the world’s chief supplier of goods through the first half of 2020, turning out medical equipment and electronics.

As the crises began to ease around the globe later in the year, Chinese factories added a wider range of goods while other countries still struggled to restart their manufacturing base.

China’s export strength survived the 6.1-percent rise of its yuan against the dollar, which makes Chinese goods more expensive in many parts of the world.