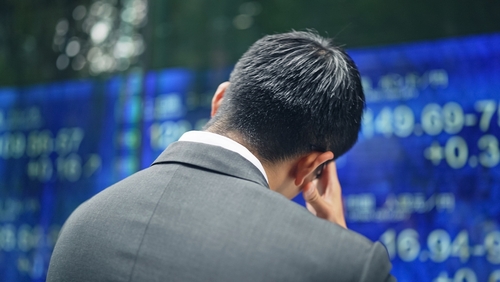 Bank of America (BoA) analysts have reduced expectations for Ashmore’s first-quarter earnings per share by as much as 9 percent and said the loss could be as high as 11 percent later this year.

“Emerging market [bonds] saw outflows, not only for Ashmore but across the [investment] industry” in the first quarter, “which shouldn’t be a big surprise, given higher U.S. interest rates, higher rate expectations, a strong U.S. dollar, and the Russia-Ukraine conflict,” BoA analyst Hubert Lam said in a research note.

Ashmore, with $87.3 billion under management, was singled out because it invested heavily in Russian assets in the week before Russia invaded Ukraine.

Ashmore will see outflows of about 4 percent this quarter, BoA predicted, continuing a multiyear trend at the company.

Ashmore’s share price has lost about a third in the past 12 months.

TREND FORECAST: Emerging nations are leaking investment capital as fast as they continue to pile up debt.

A number of the countries have extraction economies—selling minerals, timber, and other raw materials—but inflated prices for imports will match or even possibly exceed their export revenues.

As a result, emerging nations will be pushed into Dragflation, our Top 2022 Trend in which economies shrink under high prices.

With Dragflation setting in, many countries will find it harder and harder to service their massive debts, pushing many of these nations into default. And again, the more dire the economic realities, the greater the escalation of people taking to the streets to protest lack of basic living standards, government corruption, crime and violence.

And the more intense the social uprising, the greater the risk for civil wars that will expand to regional wars.