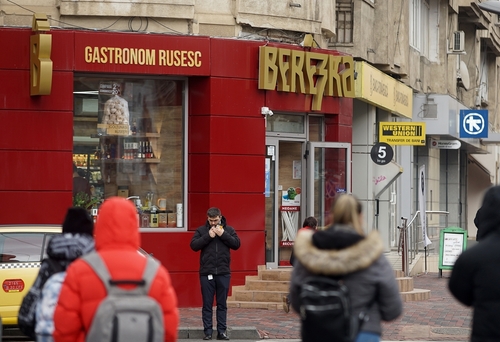 The Bank of Russia cut its interest rate again last week, with bank governor Elvira Nabiullina warning that the months ahead “will be difficult for both companies and citizens.”

As Russia’s invasion of Ukraine enters its fourth month, so do Western sanctions, barring most Russian banks from doing business, slashing the number of Western countries employing and doing business there, and pinching several of the nation’s key revenue streams such as oil and wheat.

Inflation touched 17.8 percent last month. Russia’s economy will contract by 7 to as much as 11 percent this year, according to various estimates.

The full scope of economic damage to Russia cannot be quantified, but anecdotal evidence reflects its harshness.

“Basic items from paper to buttons are in short supply,” The New York Times reported.

Airlines are scrambling for spare parts. Russian auto company Avtotor offered employees a lottery. The prize: ten acres of land and a sack of seed potatoes so they could grow their own food.

Supply routes that brought Russia consumer goods from tampons to dishware have been cut off by Western allies. DHL, FedEx, and UPS halted all deliveries to Russia almost as soon as the war broke out.

“It has never happened in modern history when such a big and deeply integrated country would be so quickly and abruptly fenced off from the global economy,” Ivan Fedyakov, head of Infoline, a market research firm, said in an NYT interview.

As a result, Russians are confronting haunting reminders from the grim days of the Soviet Union, when people stood in line, sometimes for hours, to buy bread.

These days, Russians are walking past darkened McDonald’s shops, empty Starbucks cafés, and other relics of nearly 1,000 Western companies that have packed up and left.

“Sometimes you look at those [companies] leaving and think, ‘Maybe thank God that they are’,” Russian president Vladimir Putin said in a 26 May television appearance.

“Our businesses and manufacturers have grown up and will successfully find a place on ground prepared by our [departed] partners. Nothing will change,” he pledged.

TREND FORECAST: Russia, having far advanced over the past three decades from its old Soviet model, is in a key position to become a Self-Sufficient Economy, aligned with our Top 2022 Trend.

Rich in human and natural resources, Moscow will fight against the sanctions being imposed upon it. Indeed, prior to the Ukraine War Russia had bolstered itself over a long period of time in preparation for the assault by creating as much of a self-sufficient economy as possible.

And while there is doubt being expressed in the major media, politicians, and “experts” that Russia will be unable to fill its tech-void and the U.S. and NATO chip void, we forecast they will be able to sustain combat operations, high-tech advancements and solid economic growth since they have prepared for such sanctions and as we have been reporting, they are working to become self-sufficient.

Also, it will continue to use its wealth in grains, petroleum, and other strategic minerals to trade with a much-reduced number of nations, primarily China, to secure what it can.