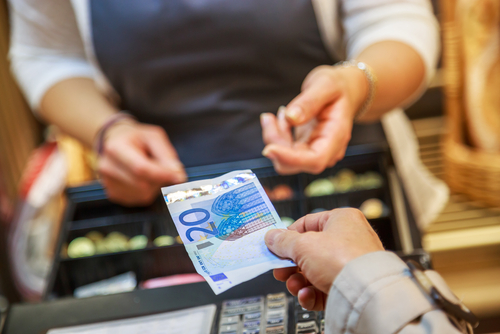 Retail sales across the 19 countries using the euro currency slipped 0.4 percent in March, three times more than the 0.1 percent expected by economists Reuters had surveyed.

The slump fueled fears that record inflation, the war in Ukraine, and Western sanctions have negated any post-COVID economic resurgence, the Financial Times said.

Costs for energy and food have surged amid a record inflation rate of 7.5 percent in April, further shrinking household purchasing power.

The Eurozone’s service sector grew in April, according to S&P Global, but it is “unclear whether the service sector can sustain its current growth once the initial rebound from the reopening of the economy fades, especially given the soaring cost of living,” S&P Economist Chris Williamson told the FT.

TREND FORECAST: Falling sales, rising inflation, the Ukraine war and its sanctions, and the European Central Bank’s inaction on interest rates all point in the same direction: toward Dragflation, our Top 2022 Trend defined by rising prices and shrinking economic activity.

The groundwork for Europe’s current predicament was laid during the COVID War, when so many businesses were destroyed by lockdowns.