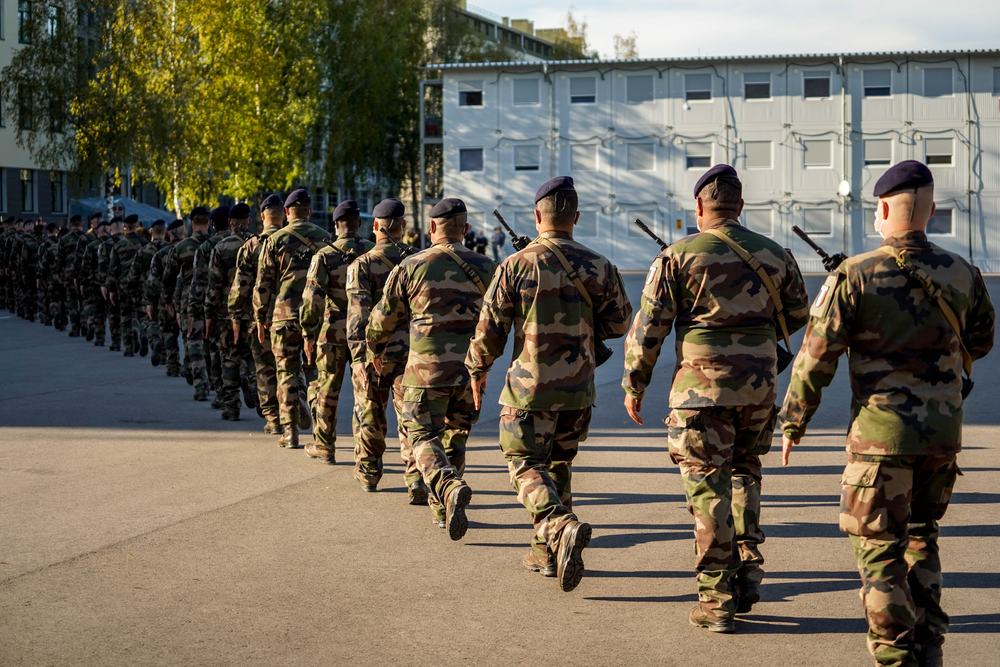 Following the lead of its fellow European peers, Lithuania, a tiny nation with a population of 2.7 million—half the size of South Carolina—has ramped up both its war talk and military budget following Russia’s invasion of Ukraine.

AntiWar.org reported that Lithuania hopes to be able to host more NATO troops in the future. Its current infrastructure cannot accommodate an entire NATO brigade, which is up to 5,000 soldiers. The country hopes to correct the issue by 2027.

“We are talking about hundreds of millions of euros for that purpose,” Gitanas Nauseda, the Lithuanian president, said. “And this is also a serious amount of money which allows me to talk about the necessity of achieving 3 percent of defense spending in the coming years.”

Lithuania, officially the Republic of Lithuania, is a country in the Baltic region of Europe that shares a border with Russia. There have been tensions between Moscow and Vilnius over Lithuania’s move to ban transit of goods between Russia and Kaliningrad, according to CBS News.

Kaliningrad, Russia’s only access to the Baltic Sea, is the capital of the Russian province of the same name that is sandwiched between Poland and Lithuania along the Baltic coast. Russia relies on freight routes through Lithuania and Belarus for shipments like coal and construction materials from the port.

"Russia will certainly respond to such hostile actions," Nikolai Patrushev, the secretary-general of Russia's Security Council, said, according to the report. "The consequences will have a serious negative impact on the population of Lithuania."

Alexander Lukashenko, the president of Belarus and close Putin ally, said the Lithuanian blockade is "akin to a declaration of war." Lithuania said it is merely upholding sanctions that have been put in place by the EU. Lithuania has a meager military, but is protected under NATO’s Article 5.

The West has made clear that any attack on a NATO member would mobilize the entire Alliance.

“The acquisition of the French Caesar Mark II new generation artillery systems will be the largest project the Lithuanian Armed Forces has ever had with France,” Arvydas Anušauskas, Lithuania’s defense minister, said, according to Euractiv. He continued, “The war against Ukraine has made it obvious that indirect fire capability is essential, and therefore it is vital for us to provide it for the Lithuanian Armed Forces. We cannot afford to wait until the next war.”

TREND FORECAST: Lunacy rule? While small minds are not limited to small countries, it makes pure maniacal sense for this tiny country to ramp up both its war talk and military budget against Russia.

We have reported that the Russian invasion of Ukraine has spurred a lot of tough talk from Baltic countries that rely solely on U.S. and NATO protection from Russia. (See “BALTIC STATES TALK TOUGH WHEN IT COMES TO DEFEATING PUTIN.”)

Lithuania’s military consists of 23,000 active members and 7,100 reserve personnel. Russia’s military has 1.01 million active personnel and has some of the most advanced weaponry on earth. Lithuania’s GDP is about $55.89 billion, so its military expenditure will be about $1.6 billion. As we point out in this issue, the U.S.’s House Armed Services Committee just passed a military budget of $840 billion.

Should war break out between the two nations, Russia will easily control it.