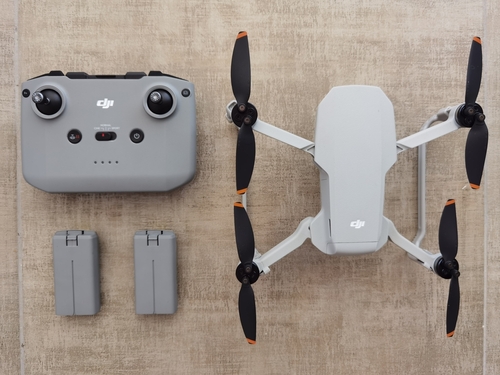 So why does the FBI keep using them? It’s a good question, as Kitchen posited recently in his The Dispatch newsletter, focusing on drone manufacturer DJI.

With attractive features including ease of use and affordability, DJI drones have captured about 90 percent of the global business and consumer market.

And that market includes an increasing number of local police departments throughout the country, as well as the FBI.

Other governmental agencies, including the Department of Homeland Security and the military, have prohibited use of DJI drones.

Kitchen notes that DJI is currently lobbying Congress to try to stop passage of the “American Security Drone Act (ASDA),” which would end any Federal government use of Chinese-made drones.

DJI would be the major loser if the act is passed, since it controls most of China’s drone manufacturing.

Kitchen says the ASDA represents a positive step in closing a huge security vulnerability.  His Dispatch article details those vulnerabilities, including the fact that all data collected by DJI is very likely pipelined to the Chinese government.

A Gatestone Institute story on DJI outlined the intense lobbying efforts the company is making to torpedo the ASDA legislation. DJI enlisted local police officials to testify that cash-strapped departments would be seriously compromised without access to the cheap technology.

Should Congress Be “Agnostic” Regarding Drone Manufacturers?

In Congressional testimony, DJI representatives have argued that any legislation should be “agnostic” as far as the origin of drone manufacturing.

DJI has also claimed its equipment doesn’t represent a security threat, since users must allow the company access to their information.

But Kitchen dispenses with those contentions:

“First, Congress cannot be ‘agnostic’ on drones because Chinese law and the CCP’s tendency to use domestic companies as extensions of the state requires us to mitigate these threats. Second, most American users don’t understand that, in agreeing to give DJI access to their data, they’re agreeing to give Beijing access as well.”

Kitchen fully acknowledges that he is a “China Hawk” on security issues.  The senior fellow at the American Enterprise Institute (AEI), has extensive experience as a previous cyber strategy worker at the National Counterterrorism Center and as a senior program assessment officer at the Office of the Director of National Intelligence in the Office of the Director of Central Intelligence.

But Kitchen says his views are widely shared by other experts.  He notes in his Dispatch article that Senator Gary Peters (D-MI), Chair of the Homeland Security and Governmental Affairs Committee, has said federal agencies “should prevent funding from being used on drones manufactured by companies that pose a security risk,” adding, “This is essential to advancing our national security objectives and protecting our country’s infrastructure.”

So, how likely is Congress to adopt ASDA, to limit at least some use of the troubling drone technology?

If the recent past is any indication, no one should be holding their breath. ASDA language was not added to the National Defense Authorization Act (NDAA) on two past occasions.

Despite being one of the few bills that is practically guaranteed passage with bipartisan support each year, the ASDA provisions were stripped out of the bill both times, Kitchen reports.

Evidently, the cheap surveillance technology for police agencies, and lucrative lobbying to politicians is more than enough reason to sell out America.

The Trends Journal has previously detailed the troubling use of Chinese surveillance technology by American companies and governmental agencies, and other governments, in articles including: