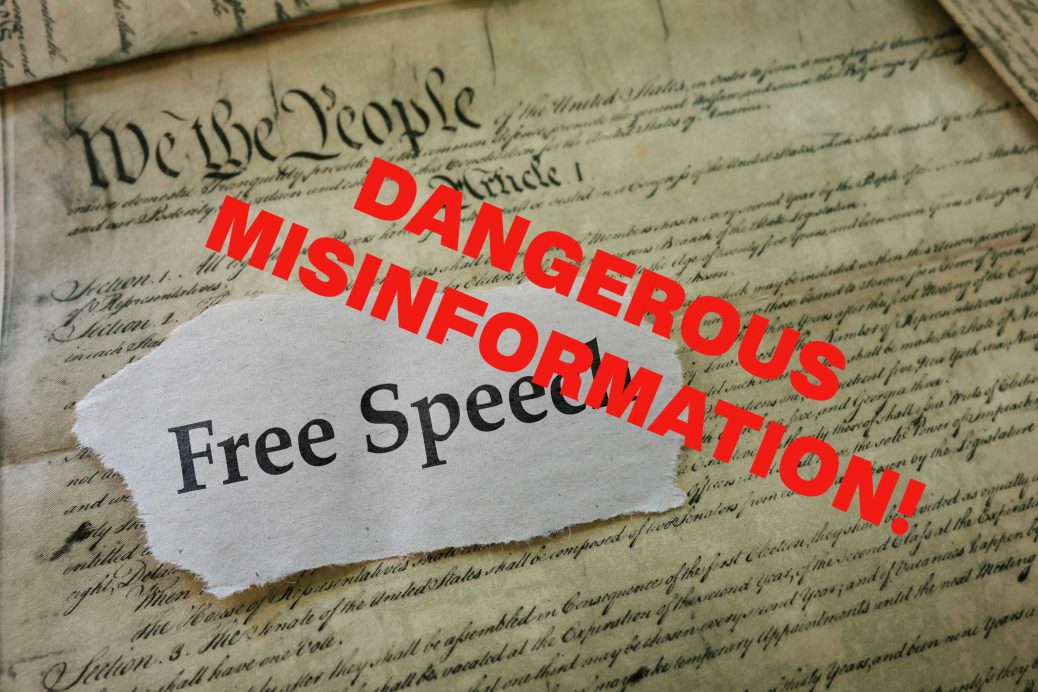 It represents a criminal violation of the highest law of the land, which bars the Federal government from abridging Free Speech rights of Americans.

In a story about the AFL FOIA findings, AmGreatness.com noted that the CDC worked to get those persons and others banned or suppressed on social media platforms including Twitter.

An AFL article announcing the document findings said the group was moved to make the FOI request after a July 2021 press conference where then Biden Secretary Jen Psaki admitted that the White House was working with social media companies to identify “misinformation.”

AFL subsequently issued FOIA requests to the Department of Health and Human Services (HHS), the CDC, the Food and Drug Administration (FDA), and the National Institutes of Health (NIH).

A (Unconstitutional) Chart of “Tweets”

Among the documents eventually turned over by the Biden Administration controlled agencies, after stonewalling and missed deadlines, were emails which showed the CDC sent Twitter representatives a “Chart of Tweets” by people who were to be banned or suppressed for spreading supposed “misinformation.”

Another set of documents shows the CDC directing Facebook to censor specific posts.

The CDC’s action represents a violation of the First Amendment, which expressly bars the federal government from abridging rights of Americans.

No Federal court has ruled that sharing data, information and opinions about vaccines, or policies like “social distancing,” masking and lockdowns, represents the kind of immediate threat and instant danger criteria for limiting free speech.

That criteria is generally known to most Americans as the “yelling fire in a crowded movie theater” standard.

“...some people who disseminate false statements know they are lies, while others believe they’re true. Finally, many people just don’t trust the government to not abuse the power to declare something false speech.

“All of these challenges make the Supreme Court wary of restricting speech that might ultimately prove to be truthful, or at least contribute to public debate that aids in discovering the truth. The Supreme Court would prefer to let the decision about what’s true be hashed out by ‘the marketplace of ideas.’”

“Dangerous Misinformation” Most Dangerous To Constitutional Rights of Americans

Of course, “dangerous misinformation,” as declared by political propagandists for government coercion and the monied interests of pharmaceutical companies, often has had nothing to do with the actual quality and veracity of information critical of COVID policies and gene-level therapies.

During the COVID War, the federal government and agencies including the CDC peddled some of the most egregious, dangerous and destructive falsehoods.

Fauci deceived, lied and / or disseminated misinformation regarding it all, as Senator Rand Paul (R-KY) and others doggedly established.

Fauci was hardly alone, though he oversaw the official narrative. Government agencies, politicians, corporations with narrow interests and their MSM megaphones all dispersed a continual fear-mongering stream of disinfo.

At this point, a tipping point has pretty much been reached in rejecting that narrative. But the damage is done.

It’s likely that not much will officially result from the revelations in the documents obtained by the AFL.

But in an ongoing information war, the AFL scored a welcome victory against the government’s “dangerous misinformation” smear game. Their rundown of info uncovered via the FOIA documents can be found here.