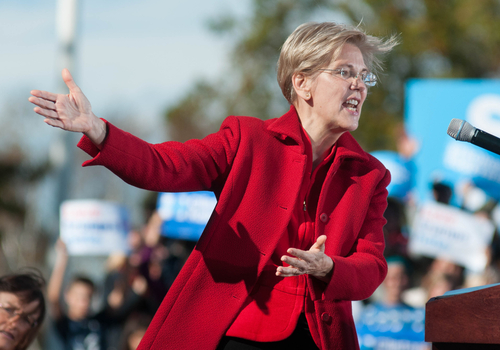 Recent events at the Supreme Court may give a boost to legislation introduced in May to break up major components of some of the largest U.S. tech companies.

The “Competition and Transparency in Digital Advertising Act” would specifically force companies like Google, Meta and Amazon to sell-off either their advertising businesses, or their “user facing” platforms that provide services to the public, like Google’s YouTube, for example.

Mike Lee, who helped craft the bill, said its objective was to provide greater competition, reduce conflicts of interests in the safeguarding of rights of consumers:

“Companies like Google and Facebook have been able to exploit their unprecedented troves of detailed user data to obtain vice grip-like control over digital advertising, amassing power on every side of the market and using it to block competition and take advantage of their customers. The conflicts of interest are so glaring that one Google employee described Google’s ad business as being like ‘if Goldman or Citibank owned the NYSE.’

“This lack of competition in digital advertising means that monopoly rents are being imposed upon every website that is ad-supported and every company—small, medium, or large—that relies on internet advertising to grow its business. It is essentially a tax on thousands of American businesses, and thus a tax on millions of American consumers.

The bill may get a significant boost from Democrats who were fine with Big Tech tracking data being used to enforce COVID 19 lockdown measures, violating privacy rights of Americans.

Many partisans on the left were happy with “track thy neighbor” government and big tech initiatives during COVID, to enforce lockdowns, and pressure and even compel people to take a controversial medical treatment.

Now they’re suddenly worried that women might be “hunted down” for seeking abortions, following the Supreme Court’s striking down of Roe v. Wade.

“The FTC should investigate Apple and Google’s role in transforming online advertising into an intense system of surveillance that incentivizes and facilitates the unrestrained collection and constant sale of Americans’ personal data,” a letter to the agency signed by Democratic Senators Elizabeth Warren, Cory Booker, and several others exhorted this past week. “It is beyond time to bring an end to the privacy harms forced on consumers by these companies.”

Track and Sell Model To Meet Its Demise?

The Electronic Frontier Foundation outlined the problems for end users that have resulted from the way the largest social media, search engine and selling platforms are designed.

Google Search and YouTube, Meta and Amazon provide user-facing platforms. But advertisers are also their clients.

Design decisions that compromise user privacy in favor of providing that data to advertisers, in order to sell off of, represents a fundamental conflict of interest.

The EFF noted for example, that Google has continued to allow sharing of private information between its Chrome web browser and Android operating system, even as other browsers and operating systems have adopted more pro-privacy policies, in response to consumer concerns.

“When advertiser interests conflict with user rights, Google tends to side with its advertising clients,” the EFF explained. “Splitting user-facing platforms apart from ad tech tools would cut right through this tension. Chrome and Android developers would face competitive pressure from rivals who design tools that cater to users alone.”

Geolocation tracking, another tool often used by tech companies to gather lucrative data for advertisers to leverage in selling products and services to users, is now coming under new scrutiny.

Companies including Google and Apple deploy technology that maintains track of customers' geographic movements. Data is supposedly disassociated and anonymized before it is sold to buyers, sometimes known as "data brokers," according to a Post Millennial article on the practice.

But lawmakers are now concerned at how it’s actually pretty simple to correlate aggregated data to specific individuals.

That’s because data brokers often have their own datasets that connect Tech data advertising IDs to their own databases with user names, email addresses, phone numbers, etc.

"But even without buying this additional data, it is often possible to easily identify a particular consumer in a dataset of 'anonymous' location records by looking to see where they sleep at night," the lawmakers’ letter to the FTC argued.

The Post Millennial observed the irony of big tech tracking concerns being prioritized now that liberals might be the ones pursued for violating laws. “Democratic lawmakers did not address Apple and Google's history of tracking COVID-19 positive users' movement without their permission,” the outlet noted.

The full text of the Competition and Transparency in Digital Advertising Act can be read here.

The Trends Journal has covered the unethical and even illegal practices and technology tech corps have used to abuse the rights of citizens in numerous articles.  Some touchstones include: