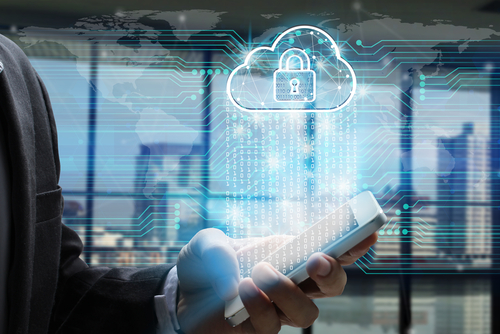 That was the assessment of Alexandra Givens of the Center for Democracy & Technology (CDT), in remarks delivered at the Canadian Embassy in early May as part of an Ottawa agenda of “Digital Inclusion: Human Rights in the Digital Age.”

Givens touched on recent controversies surrounding “disinformation” in her remarks.  She noted that governments are increasingly seeking to censor political enemies and dissident movements using a framework of dangerous “disinformation.”

“An increasing number of government actors are stifling their opponents’ speech as “disinformation” or pressuring social media companies to moderate content for political ends - often leveraging in-country personnel requirements to pressure companies to follow their requests. These practices have increased dramatically since the time of the Tallin Agenda. In 2021…”

She said that in partnership with the #KeepItOn movement, Access Now's Shutdown Tracker Optimization Project (STOP) logged at least 182 internet shutdowns in 34 countries across the globe, including the longest internet shutdowns on record.

She also observed that in 2021, Freedom House found that global internet freedom has deteriorated for the 11th year in a row.

Givens said a free and open internet, including encryption technologies enabling truly private communications between people, needed to be supported as a bulwark against increasing authoritarianism of governments and corporations (who often act in concert with each other).

“In the face of growing authoritarianism, we are reminded of the importance of a free, open, and connected global internet, and of supporting technologies that preserve avenues for free expression. This includes, critically, end-to-end encrypted messaging – an essential tool to protect the privacy and security of dissidents trying to organize, journalists seeking to communicate, and ordinary citizens going about their lives.

“We are also reminded of the grave risks of surveillance technologies, and of commercial data practices which can be misused by governments or cause other social harms. These, too, have grown in sophistication and scale since the time of the Tallin Agenda. The revelations about the NSO Group’s spyware-for-hire were one recent wake-up call about the threat such surveillance technologies can represent.”

TWITTER AGREES TO PAY 150 MILLION DOLLAR PENALTY FOR MISUSING USER DATA GATHERED IN THE NAME OF “SECURITY.” They said they were requiring those phone numbers and other user data to increase security.

But Twitter turned around and misused the data to sell targeted advertising.  Now they’re paying a price.

The Department of Justice and the Federal Trade Commission (FTC) announced a deal this past week that would force Twitter Inc. to pay 150 million in civil fines, and install new compliance procedures to safeguard users’ data privacy.

The agreement comes as a result of Twitter’s misrepresentation of how it utilized users' nonpublic contact information, in violation of the FTC Act and an administrative order issued by the FTC in March 2011.

The government claims that Twitter violated the FTC Act and the 2011 order by misleading users about the degree to which Twitter kept and safeguarded users' nonpublic contact information.

From May 2013 until September 2019, Twitter allegedly informed its users that it was collecting their phone numbers and email addresses for account security reasons, but neglected to disclose that it was also using the information to assist corporations deliver tailored adverts to customers.

According to the lawsuit, Twitter fraudulently claimed to comply with the European Union-US and Swiss-US Privacy Shield Frameworks, which restrict corporations from using user information for purposes other than those permitted by the users.

YouTube CEO Susan Wojcicki revealed that the tech effort is going toward further policing dissident info and narratives not approved by the government-tech nexus that already systematically controls what people can and can’t access on YouTube and other tech media platforms.

The YouTube CEO pledged that the tech giant would be making new initiatives to combat what it framed as “misinformation,” but which many argue is just a way to attack essential political freedoms by smearing them as “dangerous” to the body politic.

YouTube routinely promotes content from so-called “authoritative sources” on its pages, as Wojcicki noted and praised during her talk.

They have also purged and demonetized many accounts and videos related to COVID gene therapy adverse events, widespread election irregularities, BLM and antifa violence, as well as firearms videos and other content.

And Elon Musk made huge waves when he announced a bid to buy Twitter with the objective of returning the platform to its free speech roots.  But that deal has stalled as Musk has questioned the true numbers of real users on the platform, and whether that company has deceptively inflated its numbers.

For years it has billed itself as the internet’s most “private” search engine, claiming it permitted no tracking of users and the websites they visited.

But a tech analyst blew the doors off that claim this past week.  The analyst discovered that DuckDuckGo has been giving a pass to third party tracking cookies (files that contain info on websites visited) to Microsoft’s Bing and LinkedIn services.

The story rapidly resulted in a lot of angry users voicing their dismay on social media, according to tech industry outlet TechRadar.

DuckDuckGo's founder and CEO, Gabriel Weinberg weighed in, confirming the story’s veracity, while presenting earnest excuses for the secret deal.

Weinberg admitted that DuckDuckGo has a search syndication relationship with Microsoft.  But he said the agreement only affects the DuckDuckGo browser, and not the website search engine.

A TechRadar article claimed to be perplexed as to DuckDuckGo’s motives: “What remains unknown is why the company who is known for its transparency decided to keep this agreement a secret for as long as it could.”

But is the reason really that much of a mystery?  Many affected users are pretty clear on the fact that DuckDuckGo lied and sold out its user base for money.

Tech researcher Zach Edwards discovered the behavior of the DuckDuckGo “Private browser” product.  He found that while DuckDuckGo blocked third party trackers from Google and Facebook, Microsoft Bing and LinkedIn trackers were allowed.

“Sometimes you find something so disturbing during an audit, you've gotta check/recheck because you assume that *something* must be broken in the test.

Users seeking alternatives to DuckDuckGo may want to check out the Brave Search Engine and browser. It has an enthusiastic user base, and touts that it “blocks all creepy ads from every website by default. And that thing where ads follow you across the web? Brave blocks that, too.”

Brave also says they are “not beholden to any other tech company, and works every single day to fight Big Tech’s terrible privacy abuses. Brave exists to protect the individual.”

The Trends Journal has covered the best tech apps and services for people concerned about the practices of tech behemoths like Microsoft, Google, Facebook and others.  See, for example: