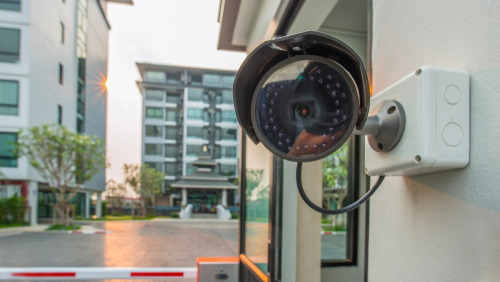 FBI DOMESTIC SURVEILLANCE ABUSE: NO WARRANT, NO PROBLEM. According to U.S. intelligence officials, the Federal Bureau of Investigation conducted millions of searches of American electronic data without a warrant last year, a revelation that underscores corrosive government abuses of the Constitutional rights of Americans via illegal government monitoring.

The FBI performed up to 3.4 million searches of U.S. data previously gathered by the National Security Agency, according to an annual report released by the Office of the Director of National Intelligence (ODNI) late last week.

The real number of searches is likely to be substantially fewer, according to senior Biden administration officials, due to the difficulties in counting and sifting foreign data from U.S. data. The number of Americans whose data was analyzed by the FBI under the program was not revealed in the study, although authorities indicated it was probably definitely a modest amount.

The study makes no claims that the FBI was examining American data incorrectly or unlawfully on a regular basis.

The searches are the first time a U.S. intelligence agency has given an account, however hazy, of the FBI's collection of American data under a portion of the Foreign Intelligence Surveillance Act, a 1978 legislation that regulates certain foreign intelligence collection. Provision 702, the section of FISA that allows the FBI's activities, is set to expire next year.

While the ODNI report does not show that the searches were conducted in a systematic manner, courts have already admonished the FBI for violating privacy laws. The FBI's searches, according to officials, are critical to the agency's job of protecting the United States from national-security threats. Other kinds of national-security monitoring listed in the annual report decreased in frequency from year to year, in some instances continuing a multiyear pattern.

Nearly two million of the reported searches were connected to an inquiry into a national-security concern involving accused Russian hackers attempting to infiltrate vital infrastructure in the United States. According to top U.S. officials, these searches included attempts to identify and safeguard prospective victims of the alleged Russian operation.

Officials refused to provide any other information on the incident.

Whether the purported Russian threat was tied to the Russian government or a criminal hacker gang, Russia has always rejected claims of hacking the United States or other countries.

Each use of each phrase counts as a search. A person's name, phone number, email address, and Social Security number may all be searched, sometimes repeatedly. Data regarding U.S. individuals, legal permanent residents, and U.S. businesses may be found via information searches in the United States. Furthermore, searches might return a mixture of information and content from collected conversations.

One reason for the disparity between the 3.4 million statistic and the likely considerably smaller number of data searches in the United States is this: Officials indicated that when FBI analysts do huge searches including hundreds or thousands of words, even if just one phrase in the batch is linked with an American or U.S. company, the whole batch is regarded as a possible search of U.S. data.

“For anyone outside the U.S. government, the astronomical number of FBI searches of Americans’ communications is either highly alarming or entirely meaningless. Baseline transparency is essential if the federal government wants to hold such sweeping surveillance powers.”

The report doesn’t bother to examine whether the U.S. Intelligence abuses are unlawful or unethical.

But the new controversy may revive arguments in Congress and the public about the role of U.S. agencies to collect and assess intelligence data, particularly personal data.

More on the story can be read here.

UPDATE: GOVERNMENT PAYING NEWSGUARD TO SUPPRESS UNWANTED NEWS AS “MISINFORMATION”. The Feds, in violation of First Amendment rights of Americans, are paying a “news rating service” to demote news it doesn’t like.

That’s the story behind the Department of Defense (DoD) awarding a 750 thousand dollar contract in September 2021 to NewsGuard, a tech corp initiative that "grades" news sites, notifying consumers which news sources can be “trusted” and which cannot.

According to Breitbart News, citing USASpending.gov, the DoD awarded the money for a "misinformation fingerprints" project, proving again that the Fed is breaking the law with not-so-clever end-arounds of the American Constitution and Bill of Rights.

Another Illegal End-Around The Constitution

According to the First Amendment in the Bill Of Rights:

“Congress shall make no law respecting an establishment of religion, or prohibiting the free exercise thereof; or abridging the freedom of speech, or of the press; or the right of the people peaceably to assemble, and to petition the Government for a redress of grievances.”

Congress is the ONLY branch entrusted with enacting laws, as expressly laid out in the Constitution.

So any Federal government action in any agency, undermining the free flow of speech and of the press, is illegal.

Yes, there are very narrow exceptions, established via the Judicial branch, regarding instances of obvious malicious speech meant to cause immediate harm in a practical situation: the well recognized falsely “yelling fire in a crowded theatre.”

But that’s a far cry from the Feds funneling money to a tech consortium news “rating app” to influence what Americans see and don’t see in their news feeds.

In a comment to Breitbart, NewsGuard GM Matt Skibinski defended the relationship with DoD:

“Our work with US government defense agencies, which we describe on our website, is focused on monitoring foreign state-sponsored media sources, such as those operated by China and Russia, and tracking the false claims those sources promote. That work is not focused at all on domestic news sources, which are protected by the First Amendment.”

Get it? In an age where the internet allows Americans to access news from all over the world, the Federal Government is now claiming the right to censor “foreign” news sources that might promote “disinformation.”

The First Amendment says nothing regarding “domestic” press, of course.  It doesn’t refer to “American” press, any more than it refers to “American” religion. It clearly means and is worded to safeguard the right of Americans to access information and freely discuss it, period, end of story.

Not so long, ago, the Bush Administration claimed that it was only sifting communications of “foreign” potential terrorists.

GOOGLE WILL NAG YOU WOKE. According to a story in the Telegraph, Google's document editor will begin to correct people's typing to make it more 'inclusive.'

Users will be warned that what they've written may not be “inclusive” to all readers, and that they should "Consider using alternatives” approved by Google, such as terms like…police person.  How it just rolls off the algorithmic tongue…

Google's effort to control and modify language has been slammed by critics including Silkie Carlo of Big Brother Watch, who called it “very invasive.”  Carlo added: