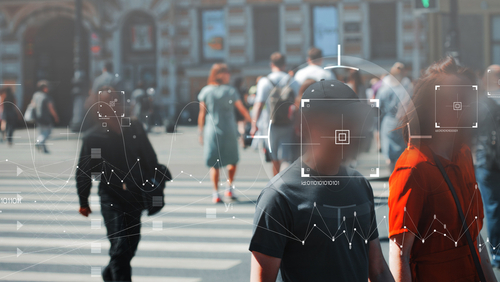 That’s according to Ella Jakubowska of the European Digital Rights watchdog organization.

Speaking to Wired magazine, Jakubowska said the EU is determined to create “the most extensive biometric surveillance infrastructure that I think we will ever have seen in the world.”

But the latest proposals embodied by “Prüm II” legislation involves much more. Human rights and privacy advocates have said it essentially seeks to implement an AI powered biometric surveillance network database throughout the Eurozone.

One of the most significant proposed “upgrades” in Prüm II is the incorporation of face photographs and the ability to run facial recognition algorithms against them.

Facial recognition use has been controversial in Western democracies including the United States, where some jurisdictions have prohibited law enforcement use of the technology.

The Trends Journal covered some of those battles in “DRONE ATTACKS AND SURVEILLANCE ARE ON THE RISE” (16 Nov 2021).

Though the EU is considering some restrictions on biometric data tracking as part of its AI Act, including on police use of face recognition in public spaces, the trendline is toward expanding biometric use.

For example, Prüm II, allows use of “retroactive” facial recognition.

That means data collected by surveillance cameras and other equipment can essentially be accessed at any time for authorized purposes.

It makes for distinctions without a real difference, in the erection of a biometric surveillance network, watchdog advocates contend.

Jakubowska even argued that so-called retrospective use of biometric data could prove even more problematic than real-time security surveillance:

“When you are applying facial recognition to footage or images retrospectively, sometimes the harms can be even greater, because of the capacity to look back at, say, a protest from three years ago, or to see who I met five years ago, because I'm now a political opponent.”