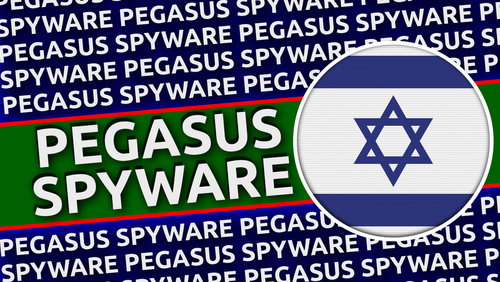 Jordan serves as Ranking Member of the House Judiciary Committee, while Johnson is ranking member on a subcommittee on Civil Rights.

The lawmakers are questioning yet another example of illegal spying on citizens by U.S. Intelligence, which has already corroded the nation and undermined protest rights and free elections in the world’s supposed bastion of freedom and democracy.

In a letter to FBI Director Christopher Wray, the representatives said the FBI’s acquisition of NSO spyware was “deeply troubling and presents significant risks to the civil liberties of U.S. persons.”

An investigation by news organizations last year discovered that NSO's software was used to hack into the phones of journalists and activists.

The Trends Journal reported on the story in “PEGASUS SOFTWARE USED TO SPY ON POLITICAL OPPO” (20 Jul 2021).

That story noted that:

U.S. Intelligence agencies denied implementing the sophisticated spyware, which requires no user actions in order to be triggered on an infected Apple or Google android phone.

Among other things, the Pegasus spyware lets its clandestine operators read messages from encrypted applications.

Despite the U.S. Intelligence denials, the Biden administration took the step of banning the NSO Group a few months after the research was released, claiming that the company knowingly gave its technology to other governments for malicious purposes.

Responding to the controversy surrounding their acquiring the Pegasus software, the FBI in January responded in tragically typical Orwellian fashion:

According to The New York Times, the agency said it looks at new technologies “not just to explore a potential legal use but also to combat crime and to protect both the American people and our civil liberties. That means we routinely identify, evaluate and test technical solutions and services for a variety of reasons, including possible operational and security concerns they might pose in the wrong hands.”