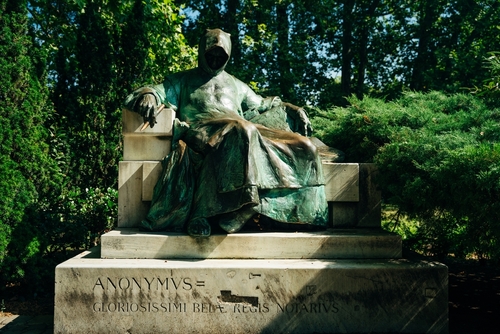 GOV’T AI WILL TRACK AUTHOR “FINGERPRINTS” TO CRUSH DISSENT. Artificial intelligence which can track written materials back to their authors, by identifying unique “fingerprint” traits of authorship, is being rapidly developed by the U.S. government.

That’s according to Nextgov, a consortium of leading tech corps that works closely with government agencies, developing, selling and procuring technology.

The revelation is especially troubling, given the growing use of the U.S. Intelligence apparatus and other government assets to trample the Constitutional rights and freedoms of American citizens.

According to Nextgov, which was pre-briefed on the author fingerprint project, the Department of Homeland Security said it could be used to strip the possibility of anonymity from written communications.

Not surprisingly, a spokesperson talking about the project alluded to the safety of children as a leading use case for the technology.

“This effort, we think, is potentially game-changing for tracking disinformation campaigns, and things like combating human trafficking and other malicious activities that go on in online text forums, and elsewhere using text,” Dr. Timothy McKinnon told Nextgov.

IARPA is a research hub for the U.S. Intelligence Community.

HIATUS is being developed to work both ways, noted McKinnon. It will be able to trace authorship back to any person, or even AI machines that write a given document. It will also be able to disguise written communications to shield authorship.

“With attribution, what we're doing is we're identifying stylistic features. So, this is like signs of blank word placement syntax that can identify who wrote a given text. Think about it as like your written fingerprint, right? What characteristics make your writing unique? So the technology would be able to identify that fingerprint compared against a corpus of other documents, and match them up if they are from the same author,” he explained. “On the privacy side, what the technology would do is it would figure out ways that text could be modified so that it no longer looks like a person's writing.”

“We're looking to develop systems that can be robustly performant across diverse domains and genres of text—and also, there's going to be foreign languages involved in the program as it progresses as well,” McKinnon said.

Netgov notes that IARPA has a developmental role in tech, and doesn't have much of a role deploying or operationalizing the technology it creates. The “tools” it creates are distributed to intelligence agencies to implement based on their own purposes and judgment.

The cause? A “proliferation of false or misleading narratives” regarding COVID-19.

The DHS lamented that the unapproved thoughts and information provided by outlets not toadying to the government line are weakening "public faith in government institutions."

In the alert, the agency also cited "calls for violence" and threats from foreign terror organizations:

“The United States remains in a heightened threat environment fueled by several factors, including an online environment filled with false or misleading narratives and conspiracy theories, and other forms of mis- dis- and mal-information (MDM) introduced and/or amplified by foreign and domestic threat actors…”

The DHS focus on demonizing the free speech rights of Americans was another breathtaking escalation in the government’s war against domestic dissent.

It came on the heels of the President adding his administration’s voice to the recent attempted canceling of Joe Rogan, the world’s leading podcaster, for Rogan’s COVID wrongthink.

In response, Spotify pulled over a hundred episodes of the program from access.

Despite that, Rogan this past week claimed Spotify has “stood by me,” during the controversy, and said he’s considering a 100 million dollar from the surging Rumble video platform.

Rumble, along with GAB, have emerged as “free speech” alternatives to big tech platforms that have increasingly banned and censored dissident voices, often with illegal prodding from Congress, which is explicitly barred by the Constitution with infringing the free speech rights of Americans.

No HIATUS From the US Government Domestic Spy Network

With HIATUS, U.S. Intelligence will have a new weapon in its arsenal to spy out and neutralize dissident voices.

It will be used in the name of protecting children, protecting the health of Americans, ensuring safety, and various other tropes.

But make no mistake, its real purpose will be to suppress, and if necessary, crush popular uprisings against government policies which are robbing citizens of their wealth and freedoms, all to the benefit of a tiny cabal of technocratic and political elites.

UNAUTHORIZED CIA PROGRAM COLLECTING AND ACCESSING DATA OF AMERICAN CITIZENS.  Two Democrat Senators revealed this past Thursday that the CIA has a secret, undisclosed data repository that includes information collected about Americans.

Senators Ron Wyden of Oregon and Martin Heinrich of New Mexico, both members of the Senate Intelligence Committee, said that the CIA had long hidden details about the program from the public and Congress.

The two sent a letter to top intelligence officials calling for details about the program to be declassified, The Associated Press reported.

Wyden and Heinrich said the program operated “outside the statutory framework that Congress and the public believe govern this collection.”

There have long been concerns about what information the intelligence community collects about Americans. The CIA and National Security Agency have a foreign mission and are generally barred from investigating Americans or U.S. businesses.

But as revelations by National Security Agency (NSA) contractor Edward Snowden made clear in 2013, U.S. spy agencies have been progressively abusing their data collection programs to effectively surveill American citizens.

Wyden Helped Reveal The Lie In 2013

Senator Wyden was the one in 2013 who asked then Director of National Intelligence James Clapper if the NSA collected “any type of data at all on millions or hundreds of millions of Americans.”

Clapper, in what was later revealed to be a blunt lie in his Congressional testimony, responded, “No.”

Snowden released info later that year that the NSA was collecting bulk data via U.S. internet and telecommunication companies. It sparked a new global scrutiny of secret government surveillance, and led to new laws supposedly designed to end the abuses.

So much for that effort.

Intelligence agencies are required to take steps to protect U.S. information, including redacting the names of any Americans from reports unless they are deemed relevant to an investigation.

The process of removing redactions is known as “unmasking.” The agencies are also subject to guidelines on the handling and destruction of Americans’ data.

But none of the supposed safeguards have effectively protected Constitutional privacy rights of Americans.

Indeed, “unmasking” was used in an abuse of surveillance of Donald Trump’s presidential campaign in 2016, contributing to a “Russian collusion” narrative that hobbled his administration.

The abuses have gone even further than undermining the will of the American people in their choice of President.

In the wake of protests over alleged vote fraud and irregularities in the 2020 election, as well as opposition to draconian COVID policies, extensive and even bizarre programs tracking and spying on U.S. citizens via the U.S. Postal service, intercepting cell phone text messages, and more, have been in operation.

It’s obvious that the Snowden incident did nothing to deter the metastasizing American police state that is drawing bipartisan concern from at least some members of Congress.

The CIA issued a response to the latest revelations by Senators Wyden and Heinrich.

“CIA recognizes and takes very seriously our obligation to respect the privacy and civil liberties of U.S. persons in the conduct of our vital national security mission. CIA is committed to transparency consistent with our obligation to protect intelligence sources and methods.”

According to the agency, the program in question utilizes a pop-up box that warns CIA analysts seeking any information about U.S. citizens that any information sought must be for a “foreign intelligence” purpose.

But the agency admitted that CIA analysts aren’t currently required to document the justification for their queries.

Gregg Jarrett, a legal analyst on Fox News, called the C.I.A. an all-powerful government agency that operates completely in secrecy and “is accountable to no one.”

“It needs to change,” he said. “The first step would be to give authority to the inspector general of the CIA who can’t even subpoena documents or report criminal activity directly to the attorney general. It’s a feckless position. That needs to change and Congress needs to be made aware of everything that the CIA does.”

For some recent stories on illegal surveillance and attacks on Constitutional free speech rights being conducted by U.S. government on its citizenry, see: