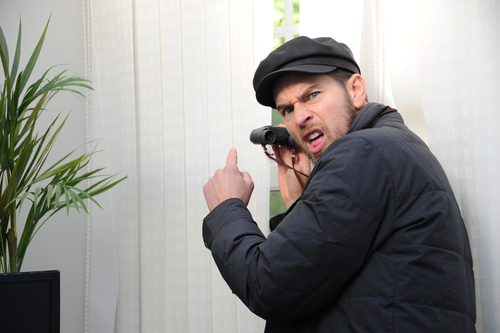 Authorities have been promoting “human intelligence” gathering, in the form of people snitching on others, as a means of enforcing COVID dictates.

Workers and school attendees have been encouraged to report on violations including mask wearing, and even whether someone is sick with COVID or has not taken the gene level interventions deceptively being called vaccines.

Snitching usually connotes a negative aspect, as in betraying one’s group by “telling” morally compromised authorities about a crime, or going out of one’s way to report infractions of dubious rules.

But political masters roiling at pushback against their illegal and unconstitutional dictates have responded by attempting to condition people to participate as citizen enforcers in a soviet-style social system.

At many school campuses and workplaces, administrative and regulatory frameworks have been put in place to authorize and codify “reporting” and taking action against COVID violators.

Many universities have COVID hotlines where students can report others observed not abiding by rules including wearing masks, social distancing and gatherings.

How petty has the snitching gotten as a result? A student at the Yale library at 9:30 p.m. one Saturday, with no one within 150 feet of him, was confronted by a peer for not wearing a mask, according to the Washington Free Beacon.

He was notified by administration two days later that he had been reported for breaching the school's "Community Compact," a set of guidelines designed to "support the health and safety of all community members."

The student was given 24 hours to present the "Compact Review Committee" with "any relevant material" that he wanted it to take into account during the formal "assessment" of his behavior. He was convicted of a breach and warned that further violations could result in an end to his days at the university:

"Should you continue to engage in behavior that violates the Yale Community Compact, you will be placed on Public Health Warning and may face more serious outcomes, including the removal of permission to be on campus."

For Delta and Omicron, Yale rolled out yet more social distancing and other rules—the sort of bizarre stuff Americans and average citizens around the world have come to increasingly accept, while fully being aware that the rules make absolutely no sense.

Similar stories can be found at many other American colleges and primary education schools.

From Ad-Hoc Snitching To Formal Systems Of Surveillance And Control

Acts of COVID snitching are nothing new in themselves. Back in the spring of 2020, Reason magazine featured a story on how enthusiastic “see something, say something” citizens were flooding local authorities with reports of people violating”non-essential” activity dictates.

They were happily outing small businesses trying to keep the lights on to police, and ratting on neighbors standing too close together while talking.

The AP reported at the time:

"Snitches are emerging as enthusiastic allies as cities, states and countries work to enforce directives meant to limit person-to-person contact amid the virus pandemic that has claimed tens of thousands of lives worldwide. They're phoning police and municipal hotlines, complaining to elected officials and shaming perceived scofflaws on social media."

Reason observed “as an epidemic, snitching seems to be competing with the virus itself in its spread.”

By now, many people have come to their senses. They’ve witnessed literally hundreds of political authorities caught violating their own COVID rules.

They’ve seen the “science” spouted by fake and frankly evil “experts” change from week to week, and even day to day.

They’ve watched small businesses fail by the thousands, as the world’s wealthiest have doubled their fortunes in less than two years.

They’ve reaped threadbare shelves and spiraling inflation, by their acquiescence to the insanity.

In too many numbers, they’ve allowed their own children to be swept up in a nightmare that has stunted their social growth, education, and stolen their childhoods with fear.

In short, many are tired of what has been spawned via COVID, and are finally rejecting vaccine passports, mandated vaccines, and snitching on others about it all.

Unfortunately, the frameworks of citizen reporting, already formulated in fighting George Bush’s “War On Terror,” have been pivoted and beefed up as a result of the COVID War.

Many States and localities have erected systems of reporting COVID violators, which include punishments like fines and jail time, as well as rewards for citizen snitchers.

Washington state, one of those on the draconian forefront with COVID restrictions and dictates, provides a representative example.

The surveillance that Edward Snowden uncovered so sensationally in 2013 at least involved U.S. intelligence agencies, and not a house-by-house, neighborhood-by-neighborhood, pervasive citizen social system of granular human surveillance.

Once again, the desire for safety has reduced freedom by a half-life, and further empowered elites profiting off the progressive enslavement.

Those quaint days of 2013 are fast becoming a happy memory.