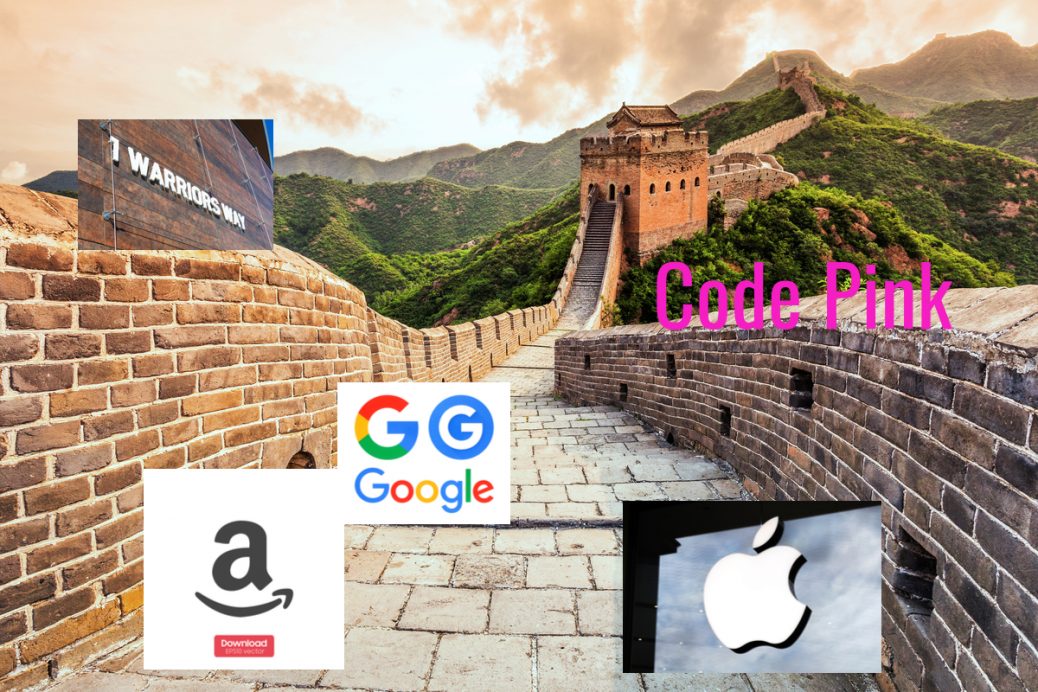 NBA Warriors team owner Chamat Palihapitiya has walked back controversial comments that he and other American CEO’s could give a rat’s ass about the Chinese carrying out a genocide against the minority Uyghurs within their borders.

“When I listened to this week’s podcast again, I noticed a lack of empathy.” Tweeted by Palihapitiya.. “I fully admit it.

In the original podcast, the Warriors owner, part of a league that has consistently censored criticism of Communist China to maintain and develop its market there, said:

“I care [empty shelves at grocery stores].. I am concerned about the fact that if China invades Taiwan, our economy could be at stake. I care about that, “said Palihapitiya. “I’m interested in climate change. I’m interested in America’s devastating and dilapidated medical infrastructure.

“But if you’re asking me, do I care about some of the people in some class in other countries? Until we can take care of them, I give them priority over us. I think a lot of people believe it, but I’m sorry it’s a hard-to-hear truth. But every time I say I care about Uyghurs, I If I don’t really care, I’m just really lying.”

To his credit, basketball player Boston Celtic Enes Kanter, a consistent, practically lone critic of China in the ranks of the league, reacted to the Warrior owner’s remarks:

“When @NBA says we stand for justice, don’t forget there are those who sell their soul for money & business like @chamath the owner of @warriors who says ‘Nobody cares about what’s happening to the Uyghurs’ When genocides happen, it is people like this that let it happen

But the money and propaganda ties run much wider and deeper than just one American institution.

And a New Lines Magazine expose adds info to the puzzle.

Over the last five years, nearly $65 million has filtered through various entities connected with people who have defended the Chinese government and downplayed or denied documented human rights violations committed by Beijing against the Uyghur and Turkic Muslim minorities, according to a months-long investigation by the magazine.

To summarize some of the extensive article’s salient points:

This money has flowed via a convoluted web of primarily tax-deductible investment funds and charities, all of which are tied to one guy, 67-year-old American computer billionaire Neville Roy Singham, through their governance structures.

Singham served as a strategic technical consultant for Chinese tech giant Huawei from 2001 until 2008, according to a biographical note on the Chinese employment site Boss Zhipin.

"China is teaching the West that the world is better off with a dual system of both free-market adjustments and long-term planning," he told Fortune magazine's senior editor David Kirkpatrick in 2008.

Singham founded Thoughtworks, a consulting firm for equipment-leasing companies out of a basement in Chicago. Over time he expanded its focus to incorporate what Singham calls “Agile” software development, which involves adaptive management, decentralized systems, and close collaboration between developers and users.

But Thoughtworks has also been a conduit for funding pro-communist China viewpoints and propaganda. Via donations to wide-ranging groups.

It operates in 17 countries, taking on commercial customers while also doing pro bono work for progressive media outlets like Democracy Now! and the Grameen Foundation, a well-known NGO that focuses on microloans for the world's impoverished.

Thoughtworks was just listed on the Nasdaq stock market for the first time in September 2021, with a value of about $9 billion.

The Narrative Behind the Chinese Propaganda

Positing an irredeemable United States against an innocent and persecuted China has been a narrative cornerstone among North America's anti-imperialist left. This school of thought is ostensibly based on intellectual commitment, but it is also quite well funded.

The People's Support Foundation (PSF), one of the main channels for these contributions, was co-founded by Jodie Evans, and she is listed as its president in records.

Evans, one of the founders of Code Pink, is in an apparent relationship with Singham. In 2019, Evans posted photos on Facebook of the couple celebrating their anniversary and referred to Singham as her husband.

Though the PSF looks superficially innocent, striving to do good in the world, with a stated purpose to empower people through education, research, and community, its operations have a consistent bias in favor of the Chinese government.

Overlapping personnel and large disbursements of funding going to interlinked organizations remains a constant in all the tax and financial data that New Lines analyzed, as does the pro-China bias of the recipients of tens of millions in largesse.

While PSF has no public profile, funding recipient Code Pink has generated its fair share of controversy in the intervening period for being sympathetic to authoritarian governments considered hostile to the U.S.

In 2020, Code Pink launched the "China Is Not Our Enemy" campaign, in which the group argues for the United States to have a more conciliatory attitude to China. It encourages fans to contact members of Congress, as well as hosting podcasts and webinars that promote the same message.

Code Pink’s states in a FAQ section on the Uyghurs:

“Our concern is that it is being used as a tool to drive the U.S.’s hybrid war on China, instead of a human rights issue that needs to be addressed as such.”

The page provides links to “helpful resources” on the topic, which appear to treat the plight of the Uyghurs as a human rights nonissue. For example, a video featuring Evans and British academic John Ross shows the latter characterizing the Uyghur genocide allegation as “farcical” and a “total lie.”

More on the New Lines Magazine investigation can be read here.

The Trends Journal has been onto the infiltration of Chinese communist influence in every area of American life and the corridors of political and domestic power.  This New Lines piece adds to the info already known.

Some touchstone articles include: