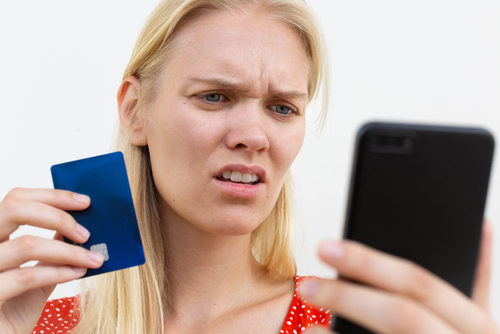 YOUR CARBON CREDIT CARD HAS BEEN DECLINED. Get ready for a whole different kind of credit score.

A Swedish fintech company Doconomy is applying the “credit limit”model to calculations about pollution. It’s issuing a new credit card called DO Black, which includes a feature to cut users off when their purchase amounts go over set CO2 emission calculations for a given period.

“It’s radical,” Mathias Wikström, cofounder of Doconomy, commented to Fast Company, “but then again reducing CO2 emissions [by] 50% by 2030 is quite radical, too.”

Various academic periodicals have published articles stressing the necessity for a "Personal Carbon Allowance," or PCA. Some claim that PCAs are the most effective way to combat climate change.

How might a PCA be used to combat climate change? Technocrats and politicians, who often use orders of magnitude more carbon than the average human being, are busy calculating limits based on “science.”

Under their power grabbing schemes, mechanisms like limits on purchases, and how far that new Electric Vehicle (or even gas-powered) vehicle might be able to travel, would be implemented.

The Internet of Things (IoT), or networked computer control built into more and more everyday items, is a system that can be hijacked by authorities to meter and cut off usage of just about anything.

As an example, suppose you are allowed 10 Personal Carbon Allowance every day as an American (countries like China will no doubt be allotted more generous limits, but it is their century, after all).

If you’ve met your limit, forget about visiting an elderly relative that day, or ticking up the heat if it’s a chilly evening.

With things like the DO Black credit card, the move is on to assign carbon costs to every human activity, and every commodity.

Sad to say, but blockchain and related Distributed Ledger Technologies (DLTs) are shaping up to be the perfect way to comprehensively track and apply the automatic cut-offs.

Every action and every object can be tokenized, authorized and de-authorized using such technologies.

In a world where people have largely rolled over and accepted lockdowns, vaccine mandates and vaccine passes for travel and entry to events and businesses, it’s clear that elitists have no intention of observing any limits to their own desire to control and winnow away the bulk of humanity.

To them, your labor isn’t needed. You’re a useless eater, and unnecessary carbon emitter. And they are hell bent on doing something about the problem.

(for more on this topic, visit organicprepper.com)