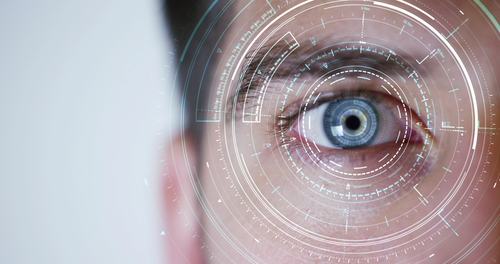 SNOWDEN CASTS A DOUBTFUL EYE ON WORLDCOIN. The idea may have had its heart in the right place.

But scanning eyes to capture biometric data in order for users to acquire a crypto called “Worldcoin” is no solution to better KYC (Know Your Customer) privacy issues, said privacy advocate Edward Snowden.

Worldcoin has made a splash for offering token drops to anyone who signs up and agrees to be validated as a unique entry by submitting to an eye scan.

To date, more than 130 thousand people have taken up the offer, and the price of Worldcoin has reached about seven cents in price.

But the crypto project caught the eye of Snowden, famous for exposing domestic surveillance abuses by the NSA in 2013.

“This looks like it produces a global (hash) database of people's iris scans (for ‘fairness’), and waves away the implications by saying ‘we deleted the scans.’

“Yeah, but you save the *hashes* produced by the scans. Hashes that match *future* scans.

“I think Worldcoin is more privacy-preserving than centralized services we use today. All Worldcoin, or anyone, could ever tell is if someone has already signed up for the service. The hash is cryptographically decoupled from the wallet and all future transactions.”

Worldcoin also addressed the privacy issues on its website, posting a statement that said “The original image will not need to be stored or uploaded. In contrast to many centralized services we use today, no other personal information is required.”

Snowden acknowledged that the amount of user data culled by traditional institutions including financial institutions and payment processors were an “absolute privacy disaster.”

But he made it clear he believed that introducing biometrics would only worsen privacy issues.

Snowden added that Worldcoin’s supposed focus on trying to issue a bitcoin-like alternative in a fair and equitable way to people was not a primary problem with cryptos and money in general.

Instead, he pointed to the existence and co-option of money and financial services by corrupt mediating institutions, and said crypto innovation should continue to focus on dispensing with those intermediaries:

“Distribution isn’t the core public need: people will clearly buy bitcoin at nearly any price. ‘Disintermediation’ is the demand. Rinse out the middlemen (corporate and state), enabling them to transact with anyone, anywhere, for anything. Don’t insert yourself as another one.”

The Trends Journal recently reported on Snowden’s concerns about surveillance mechanisms that would likely be built into Central Bank Digital Currencies (CBDCs), that would make them far different from cryptos like Bitcoin.

CHINA CAUGHT IN MAJOR PAYMENT SYSTEM MALWARE OPERATION? PAX Technology Inc., a Chinese producer of point-of-sale systems used by millions of companies and shops across the world, was raided by U.S. federal agents in Florida today. The raid, according to KrebsOnSecurity, is linked to claims that PAX's terminals may have been used in cyberattacks against U.S. and EU businesses.

Based in Shenzhen, China, PAX has more than 60 million point-of-sale terminals in use in 120 countries. WOKV.com in Jacksonville, Fla., reported earlier today that FBI and Department of Homeland Security (DHS) investigators raided a PAX Technology facility in the area.

Investigators informed WOKV in an official statement that they were conducting a court-ordered search at the warehouse as part of a federal investigation involving the Department of Customs and Border Protection and the Naval Criminal Investigative Services (NCIS). Requests for comment from the FBI have gone unanswered.

The FBI began examining PAX some days ago, according to KrebsOnSecurity, when a large U.S. payment processor began asking inquiries about strange network.

KrebsOnSecurity, which helped break the story, said it reached out to PAX Technology’s CEO, but that the company has yet to respond.

“My sources say that there is tech proof of the way that the terminals were used in attack ops,” the source said. “The packet sizes don’t match the payment data they should be sending, nor does it correlate with telemetry these devices might display if they were updating their software. PAX is now claiming that the investigation is racially and politically motivated.”

More can be read here.

[NOTE: This is a late-breaking story as the Trends Journal went to press.]