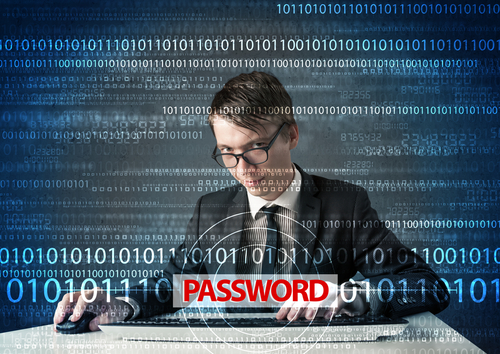 FBI TRYING TO PRY OPEN PROTONMAIL? Sebastian Gorka caused a stir this past Friday with a tweet claiming that the FBI had requested information about 200,000 ProtonMail accounts.

The Swiss based email provider is widely considered to be one of the most private and secure email communication companies available to consumers.

“At the time of writing, we can confirm that no such request has been received. Such a request would not be able to compromise ProtonMail’s encryption. Our policy is to fight against all politically motivated prosecutions, regardless of affiliation.”

The 4th Amendment to the Constitution sets strict limits on the government with regard to the private communications of American citizens:

“The right of the people to be secure in their persons, houses, papers, and effects, against unreasonable searches and seizures, shall not be violated, and no Warrants shall issue, but upon probable cause, supported by Oath or affirmation, and particularly describing the place to be searched, and the persons or things to be seized.”

Fishing expeditions of the kind that Gorka’s tweet suggested are expressly forbidden by the 4th amendment.

Ironically, the company came under fire earlier in September when it was revealed that it had logged the IP address of a decidedly leftist French climate activist.

The company has long claimed it does not log IP addresses of users, and has indeed used that claim as a selling point of its service.  The email company also guarantees that all communications between ProtonMail accounts are encrypted in such a way that even the company cannot decrypt the messages.

But in the wake of the French authorities arresting the wanted climate activist, ProtonMail clarified its IP policy, saying that in cases where Swiss authorities legally compelled it, the company was subject to logging IP addresses of specific user accounts.

According to Yahoo News, ProtonMail received more than 3,500 requests for assistance from Swiss authorities in 2020, compared to 13 requests in 2017.

Why would the FBI be trying to sweep up such a large amount of information concerning ProtonMail users?

Twitter users crowing about the possible abuse of power seemed to mostly chortle the same song concerning “insurrection,” a phrase which has been used to tar a huge gathering at the Capitol on January 6th.

Even the FBI has admitted the January protests over widespread election irregularities did not qualify as an attempt to overthrow the government.

Nonetheless, U.S. intelligence agencies under the Biden administration have been weaponized to target political opponents in the wake of the protest, and to suppress popular dissent concerning its deeply unpopular policies, including COVID related measures and mandates.

The Federal government has run roughshod over Constitutional rights, imprisoning over 600 Americans without due process, and under conditions that many are calling political torture.

Many of those being held have been accused of nothing more than trespassing into the Capitol Building on the date in question.

The Trends Journal has followed the growing political abuse of intelligence agencies in many previous articles. Some recent ones include:

ANTIFA VIOLENCE NOT BEING TRACKED BY FBI. Banking transactions of as little as 600 dollars, text messages, views expressed on social media and much more have drawn the snooping interest of American intelligence and other Federal agencies under the Biden administration.

But the FBI did admit at a hearing last week that there was one area where the intelligence community is not tracking information: violence committed by Anfifa aligned groups.

At the hearing, Timothy Langan, Assistant Director of Counterterrorism for the FBI, was asked by Rep. Nancy Mace (R-S.C.) about efforts to monitor Antifa violence.

“How many acts of violence or domestic terrorism has Antifa committed over the last two years?” Mace asked Langan.

“Since we don’t categorize Antifa, nor do we calculate or collate information regarding Antifa—that movement, we don’t have that,” Langan responded. “But, we can provide you information on anarchist threats and cases in general.”

By not keeping track of violence perpetrated by the largest leftist group in America committed to using violence, those politically aligned with its aims can avoid being confronted with official government tallies that would show inconvenient reality.

But the riots of 2020 by BLM and Antifa, which caused billions in property damage and resulted in dozens of deaths, stormings of Federal buildings and police precincts, “lawless autonomous zones,” and a violent riot at the White House and burning of a church in June, are a matter of record, whether the FBI is counting or not.

The Trends Journal has been reporting on bias in Federal treatment of different protest groups in many articles, including:

A GOOGLE SEARCH CAN GET YOU ARRESTED. Fire up those VPNs. The rogue Federal government stepped it up another notch in surveilling Americans.

Forbes has just broken a story on Federal agents enlisting Google to perform a “keyword dragnet” in connection with a Wisconsin criminal case.

The Feds demanded a list of anyone who had used the search engine to query for certain info about the case.

The ACLU reacted to yet another breach of Constitutional rights of Americans.  According to Jennifer Granick, surveillance and cybersecurity counsel for the rights organization:

“Trawling through Google’s search history database enables police to identify people merely based on what they might have been thinking about, for whatever reason, at some point in the past. This is a virtual dragnet through the public’s interests, beliefs, opinions, values and friendships, akin to mind reading powered by the Google time machine.

“This never-before-possible technique threatens First Amendment interests and will inevitably sweep up innocent people, especially if the keyword terms are not unique and the time frame not precise. To make matters worse, police are currently doing this in secret, which insulates the practice from public debate and regulation.”

The 4th Amendment to the Constitution prohibits the government from conducting the kind of keyword demand the Feds made:

“The right of the people to be secure in their persons, houses, papers, and effects, against unreasonable searches and seizures, shall not be violated, and no Warrants shall issue, but upon probable cause, supported by Oath or affirmation, and particularly describing the place to be searched, and the persons or things to be seized.”

Probable cause was clearly lacking in the abusive keyword dragnet. But the illegalities of domestic intelligence agencies are becoming daily assaults on the rights of Americans. And so far legislators and courts have done little to stop the usurpations of citizen rights.

According to Forbes, the Feds intended to keep their demand to the tech company secret. More can be read here.