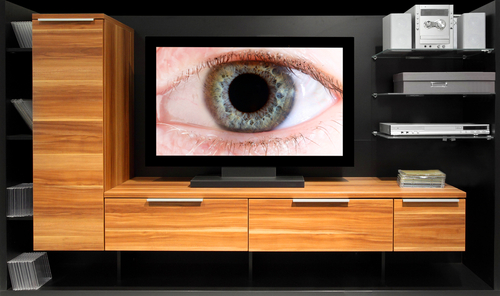 The offering is being reported by tech outlets as a natural evolution from the tech giant’s “Fire TV” platform, available until now as a pluggable hardware add-on to TV’s, and also built into TV’s by some manufacturers.

The new Amazon TV’s will have all those convenient features which make life easier, like being able to enlist Alexa, Amazon’s AI in finding programming, or answering questions.

And as usual, many users won’t mind that Amazon TV’s will have the company’s advanced far-field mic tech built-in, as a review on The Verge tech website notes.

Amazon will be listening to everything going on in your living room, and likely, beyond.

The company has noted that customers who used voice features interacted with material twice as much as those who didn't during the past two years. As an industry matter, TVs with built-in microphones are becoming more popular. Sony currently offers models with them, and TCL just announced Google TVs with far-field microphone arrays.

Big tech companies have predicated their revenue models on acquiring detailed data on users, and using that data to market and sell to, as well as manipulate and control consumers.

Amazon widening its reach using Amazon TV is part of that. There should be no doubt that in an age of video face-time and an emerging metaverse of interactions that are combinations of virtual and real-world experience, Amazon is looking to literally position its technology to take advantage.

Cameras, augmented reality and interactive entertainment, but also more serious educational and virtual experiences will be mediated by corporations like Google, Facebook and Amazon and Apple.

And their consequent power to shape and manipulate information and even the “new reality” will be considerable.

Watchdog outlets have noted further concerns that have to do with privacy and government access to information collected by the entertainment surveillance equipment increasingly finding its way into every object and space, whether on the job, in a car, or at home.

“Since they are connected to the internet, that means they are subject to ‘monitoring’ by a plethora of government agencies, as well as hackers...

“Would these tech companies make products the government can exploit? You bet; allowing that access means Uncle Sam’s deep state won’t come after the tech giants with regulatory regimes that would put them out of business.”

The Trends Journal has recently addressed some of the dangers and issues involved with the Internet of Things and tech manipulation and control of an emerging metaverse in “PULL THE PLUG ON TECH POWER OR THE PLUG WILL BE PULLED ON YOU” (24 Aug 2021).