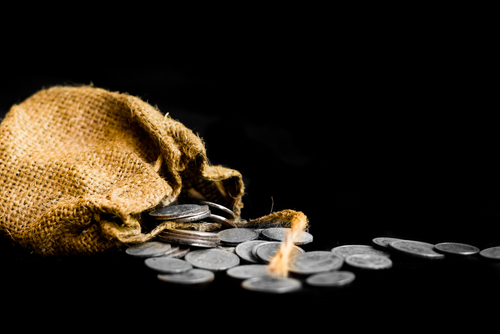 COINBASE GETS “THIRTY PIECES OF CRYPTO” FROM HOMELAND SECURITY. Coinbase has signaled contempt for the privacy of their customers by partnering with the U.S. Department of Homeland Security.

According to federal spending tracker USAspending.gov, the present contract is worth $455,000 for a year, but it has the potential to grow to a total value of $1.4 million by 2024.

According to tracker Tech Inquiry, if renewed until 2024, this would be Coinbase Analytics' biggest federal contract.

Coinbase has previously drawn condemnation from the cryptosphere for Coinbase Analytics, which grew out of Neutrino software it purchased, which was created by members of the Italian spyware firm Hacking Team.

According to crypto news outlet The Block, Coinbase CEO Brian Armstrong stated last year that the firm chose to offer its analytics tools to government organizations in order to recover expenses and develop connections with law enforcement.

But it’s undeniable that Coinbase has courted cozy relationships with alphabet agencies including The Secret Service, the IRS, and the FBI. All three are among the government entities that have previously granted Coinbase contracts.

The latest government contract was granted by the Department of Homeland Security's Immigration and Customs Enforcement department. The deal's details were not disclosed, but Coinbase's software would assist Homeland Security's cybercrime center, according to the department. The government said that Coinbase was the sole vendor capable of supplying the licenses needed by the agency.