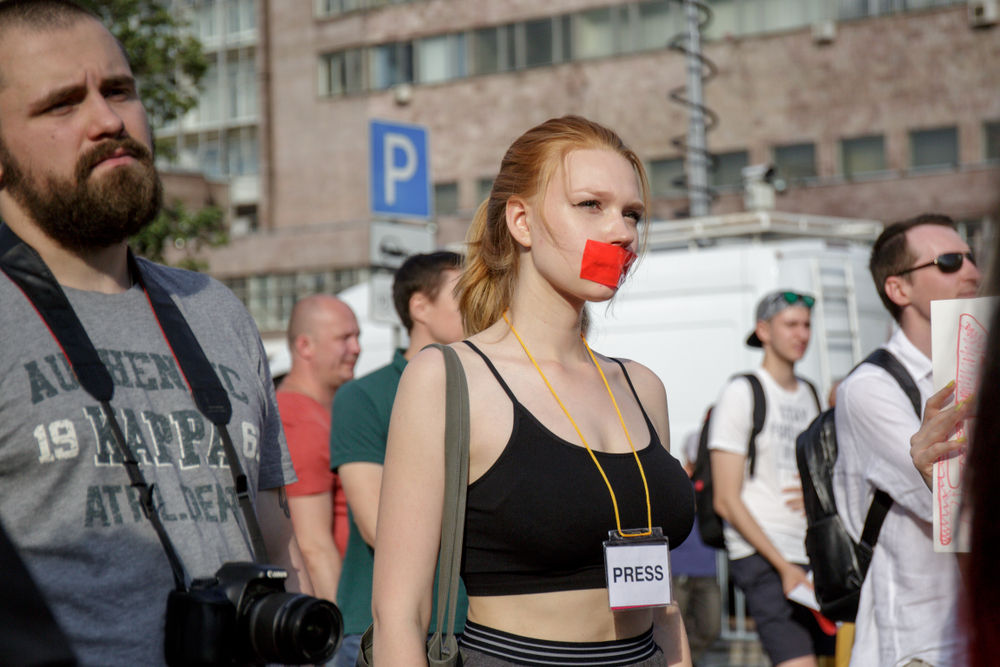 BRITAIN AIMS TO MAKE INVESTIGATIVE JOURNALISM A SPYING CRIME. File under Orwellian turnaround. Britain, no amateur when it comes to citizen surveillance, is now seeking to make investigative journalism a spy crime.

A report from The Guardian says the government’s Home Office is demanding more expansive laws which would dissuade sources, editors, and reporters by exposing them to arbitrary official prohibitions that aren't sanctioned by a court, and punishing them harshly if they don't comply.

The proposed civil orders, supposedly aimed at preventing hostile behavior by state actors, would entangle journalists and sources whose job it is to disclose “unauthorized disclosures” that are in the public interest.

Home secretary, Priti Patel, who supports the changes, claims that press leaks are worse than espionage since a foreign spy's activity “will often only be to the benefit of a single state or actor.”

The civil orders would create “a power of last resort that would enable [the government] to impose a range of restrictions on particular individuals”, according to The Guardian. The orders “could include a range of restrictive and preventative measures, including measures to prevent an individual associating with certain people or from visiting specified sensitive locations” and ought to “be imposed by the executive rather than the courts”. The orders would create “a significant deterrent against those who may be vulnerable and susceptible to foreign state coercion and influence”.

In considering the new orders, the Home Office has reportedly given scant attention to the idea of whistleblower protections. The proposals themselves actually reduce protections allowing for easier prosecution, without regard for the public interest aspects of disclosed information:

“For public servants, offences should not continue to require proof of damage, as is currently the case. Instead, they should require proof of a sufficiently culpable mental state, by which we mean, for example, proof of the defendant’s knowledge or belief that the disclosure would cause damage.”

Current maximum prison sentences that can be imposed on publishers or sources for unauthorized disclosures, which is currently limited to two years, would also see an expansion to an unspecified higher level.

Civil libertarians say the new measures threaten to take Britain down another step to a full-on authoritarian regime, effectively cowing the press into silence.