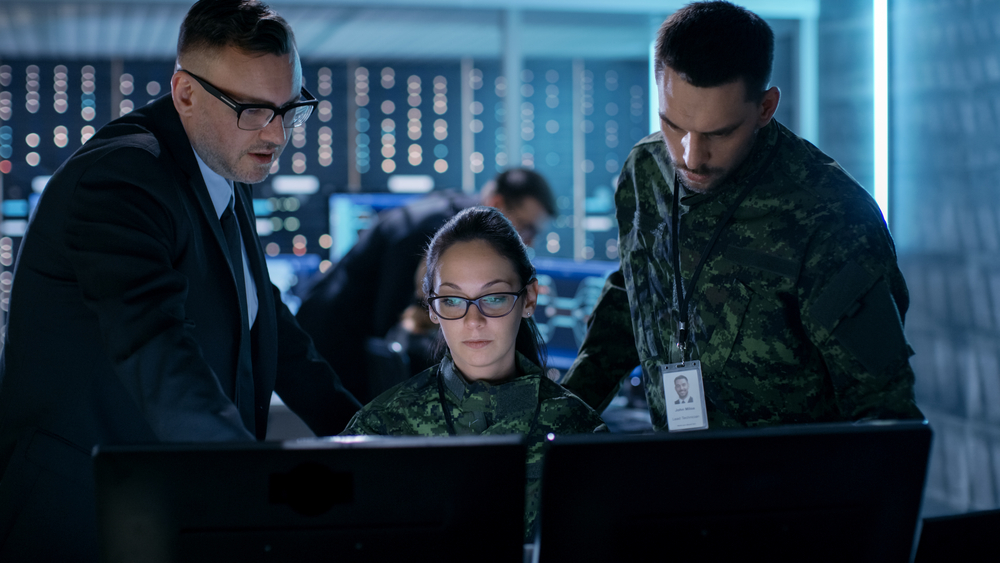 A Reuters “exclusive” announced that major tech companies including Facebook, Google and Twitter would be given access to a “Five Eyes” database compiled by U.S. Intelligence and select allies.

The intelligence database will be used to go after political enemies, under the guise of combating “extremism.” What qualifies as extremism?

After a bit of rhetoric about “attacker manifestos” and white supremacists, the 26 July Reuters piece stated:

“The tech platforms have long been criticized for failing to police violent extremist content, though they also face concerns over censorship. The issue of domestic extremism, including white supremacy and militia groups, took on renewed urgency following the deadly Jan. 6 riot at the U.S. Capitol.”

Reuters repeated a false smear that the protests were deadly as a result of protesters. The only intentional death on January 6 was caused by a Federal agent shooting an unarmed female Air Force veteran, Ashli Babbitt.

The huge protest turnout of mainstream Americans frustrated with manipulations and lies of U.S. intelligence agencies like the FBI, widespread indications of election fraud, failed COVID policies and other  things, has been used by the Biden Administration to expand political surveillance and persecution in America.

The Trends Journal has chronicled that abuse in articles including “POLITICAL PRISONERS IN THE U.S.A.” (2 March 2021), “FBI USES “DOMESTIC TERRORISM” LABEL TO TARGET POLITICAL DISSENT” (4 May 2021), “THE LARGEST DOJ CRIMINAL INVESTIGATION IN HISTORY” (8 June 2021) and more.

The loss of Constitutional rights that has been a significant legacy of 9/11 and its “War On Terror” was mentioned as the Reuters piece detailed how intelligence agencies were pivoting from a focus on foreign Islamic threats, to domestic dissidents.

The Global Internet Forum to Counter Terrorism's (GIFCT) database has mostly comprised of content from Islamist extremist organizations such as the Islamic State, al Qaeda, and the Taliban, and concentrated on videos and pictures from terrorist organisations on a United Nations list.

Now, the database will track groups like the Proud Boys, and very likely, “extreme” Trump supporters, and provide that info to Big Tech. What will be surveilled? Social media posts, of course. But also pdfs, and files on services like Google Drive and DropBox, and more.

At the tail end, the Reuters piece gives at least some voice to concerns of human rights activists, saying that the GIFCT has faced criticism and concerns from some human and digital rights groups over centralized or over-broad censorship.

Executive Director Nicholas Rasmussen admitted to the news outlet, “Over-achievement in this takes you in the direction of violating someone's rights on the internet to engage in free expression.”

Therecord.media cited two unnamed sources in reporting that no, Carlson was not the subject of surveillance, nor were his communications including emails spied on. He was merely “unmasked” as a part of an investigation involving a third party.

The Fox News network had a different view of the significance of the info leaked to the relatively obscure outlet. While filling in for Carlson, Mark Steyn noted:

“We told you that the National Security Agency has been monitoring this show and the content of Tucker’s emails. According to a media outlet called The Record, the NSA has just completed its internal review of the matter. The NSA now admits that it unmasked Tucker’s identity after an intelligence intercept.

“By law, the identities of American citizens are concealed when they’re caught up during foreign intelligence gathering. They can only be unmasked in extraordinary circumstances.”

In general, The Record story, filed by former Politico cybersecurity beat reporter Mark Matishak, read as an attempt to undermine the notion that U.S. intelligence was illegally surveilling one America’s most prominent news commentators, and a frequent Biden administration critic.

The outlet said that according to two sources familiar with the situation, the NSA “has found no evidence” to back up Tucker Carlson's claims that the agency was eavesdropping on him “in an attempt to get his program taken off the air.”

That statement alone leaves a lot of wiggle room for the NSA.

The Record went on to say that’s it’s sources contend Carlson’s communications were neither targeted nor intercepted through so-called “incidental collection,” in which the US government occasionally obtains the emails or phone calls of Americans in contact with a foreign target under surveillance.

But the drip of info revealed in the Record story, is being viewed by many as an essential vindication of what Carlson has claimed his own sources have told him about NSA surveillance involving him.

Fox News reacted in a statement to the report:

“For the NSA to unmask Tucker Carlson or any journalist attempting to secure a newsworthy interview is entirely unacceptable and raises serious questions about their activities, as well as their original denial, which was wildly misleading.”

PAYPAL WILL MONITOR AND BAN DISSIDENT BUSINESSES. PayPal is looking to use its payment processing company to purge free speech of Americans in the guise of stopping “extremism”.

They just announced a partnership with the Anti-Defamation League (ADL) launched a collaborative effort to monitor how “extremist and hate movements” finance and support their operations.

Things like “anti-immigrant”, often referenced as a smear against people who are opposed to foreign nationals flouting U.S. laws to enter the country, made PayPal’s list. So did people who are “anti-government”, presumably not to be confused with the four years many Democrats proudly proclaimed resistance to, and promoted violence against the Trump administration.

PayPal’s partisan play and virtue signaling is familiar to anyone watching the general tenor of corporate America. Antipathy for the rights of Americans to exercise freedom of speech, association and commerce have all been fair game for suppression and censorship.

At least some disaffected or marginalized groups and persons are responding by moving to DeFi and decentralized autonomous crypto payments, which are currently experiencing explosive growth.

“By identifying partners across sectors with common goals and complementary resources, we can make an even greater impact than any of us could do on our own. We are excited to partner with the ADL, other non-profits and law enforcement in our fight against hate in all its forms.”

“We’re excited to announce a new partnership with @PayPal to fight extremism and hate,” the tweet read. “We’ve launched a research effort to understand how extremists leverage financial platforms to fund criminal activity.”