THE TIES THAT BIND FAUCI TO BIG PHARMA 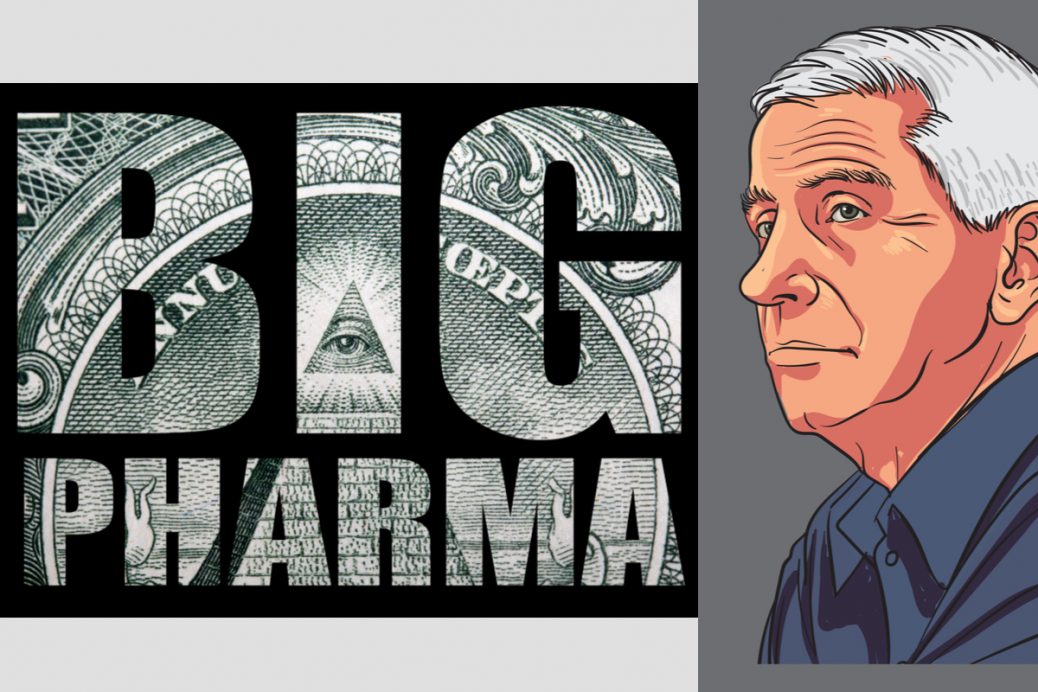 The relationships between big pharmaceuticals, government regulating bodies and health agencies, and politicians, are receiving new scrutiny this week.

It follows a revelation that lobbyists paid by AstraZeneca and Pfizer have been directing Australian politicians to push their COVID vaccine.

Emerald Robinson of One America News Now (OANN) has helped expose the problem.

On 2 October she tweeted about the news:

“So AstraZeneca and Pfizer were paying lobbyists to direct Australia’s leaders to push the vaccines?

“This should be the biggest story around the world today.”

As troubling as pharmaceuticals using lobbyists to profiteer off a pandemic is, it only represents one aspect of corrosive practices distorting health systems.

The close relationship of government research and regulating authorities to pharmaceuticals is another problem.

Pfizer, one of two major American pharmaceuticals providing the bulk of COVID vaccines, at considerable cost to taxpayers, has funneled money to the National Institutes of Health for years via the collaboration.

“NCATS led an innovative collaboration for the NIH with Pfizer’s Centers for Therapeutic Innovation (CTI)(link is external) from 2014 to 2019. The CTI collaboration, which was governed by a steering committee, enabled NIH and Pfizer scientists to identify biologic compounds with activity in a pathway or target of interest and move these compounds through laboratory testing and into clinical evaluation.

“A cooperative research and development agreement (CRADA) collaboration with CTI included, among other things, access to Pfizer’s drug development enterprise and publishing rights. It was the first NIH-wide biologics initiative with a pharmaceutical partner that NCATS coordinated on behalf of all NIH intramural researchers.”

How objective could the NIH be in evaluating Pfizer’s products, given such relationships?

The ties that researchers and administrators at public agencies have had to drugs and other treatments developed in concert with big pharmaceuticals, has been a long-standing problem.

Multiple scandals have surfaced over the years, only to be swept under the rug.

Not surprisingly, Dr. Anthony Fauci, a leader of U.S. COVID policy, has been at the center of some of those episodes.

In 2005, for example, controversy erupted at the National Institute of Health, over an Associated Press expose about royalty payments being received by researchers conducting experimental trials of drugs to patients.

According to the NIH’s own account of the controversy:

“Patients who took part in clinical trials at the US National Institutes of Health (NIH) had no idea that scientists at the institutes received $8.9m (£4.8m; €6.8m) in royalty payments and might benefit financially for the use of their discoveries by pharmaceutical companies and device makers, reports from Associated Press allege. This information was not made public until the press agency obtained the information after filing a request under the Freedom of Information Act...

“...A patient advocacy group, the Alliance for Human Research Protection, says that patients might have thought differently about the risks of trial treatment if they knew of scientists' financial interests.”

Fauci was one of the researchers receiving money for patents related to an AIDS treatment.

In the wake of the controversy, Fauci claimed he felt the monies he received were an unseemly conflict of interest, and donated the funds to charity:

“The [AP] reported that two leading researchers, Anthony Fauci, head of the National Institute of Allergy and Infectious Diseases and his deputy, Clifford Lane, received payments relating to their development of interleukin 2 as a treatment for HIV/AIDS…

More recently, Fauci has come under question for suppressing Ivermectin and hydroxychloroquine in 2020, two cheap drugs that were showing promise in treating COVID-19. Meanwhile, Fauci aggressively pushed Remdesivir, an expensive drug the NIH was heavily invested in, as a COVID treatment. It received authorization in October of that year.

In the spring of 2021, Fauci was forced to address email exchanges that were made public, which showed respected scientists complained to him about the issue.

Dr. Josh Backon of Hebrew University confronted Fauci for discounting the use of Chloroquine and Ivermectin.

Backon sent Fauci an email making the case for treatments using the drugs. After Fauci failed to respond, Backon resent the email with a link to a study showing the efficacy of the drugs, together with the admonition, “Continue ignoring me.”

Fauci finally responded in an email, saying the “National Heart Lung and Blood Institute will take a look at this.”

Despite mounting evidence from March of 2020 to the present moment regarding the effectiveness of those cheap drugs, Fauci has never acknowledged or recommended their use.

Instead, under Fauci’s leadership, government agencies have repeatedly smeared and falsely suggested Ivermectin and hydroxychloroquine were unsafe, or not commonly used in humans.

In contrast, Remdesivir has repeatedly been identified for causing far greater incidences of serious side effects, including renal failure.

Why do the ties and conflicts of interest between government officials, researchers and big pharma continue to be ignored or downplayed by mainstream media?

In 2021, the problems go well beyond the drug commercials comprising huge chunks of media advertising revenue.

Regulating authorities are hopelessly compromised. And the health of average citizens is paying the price.