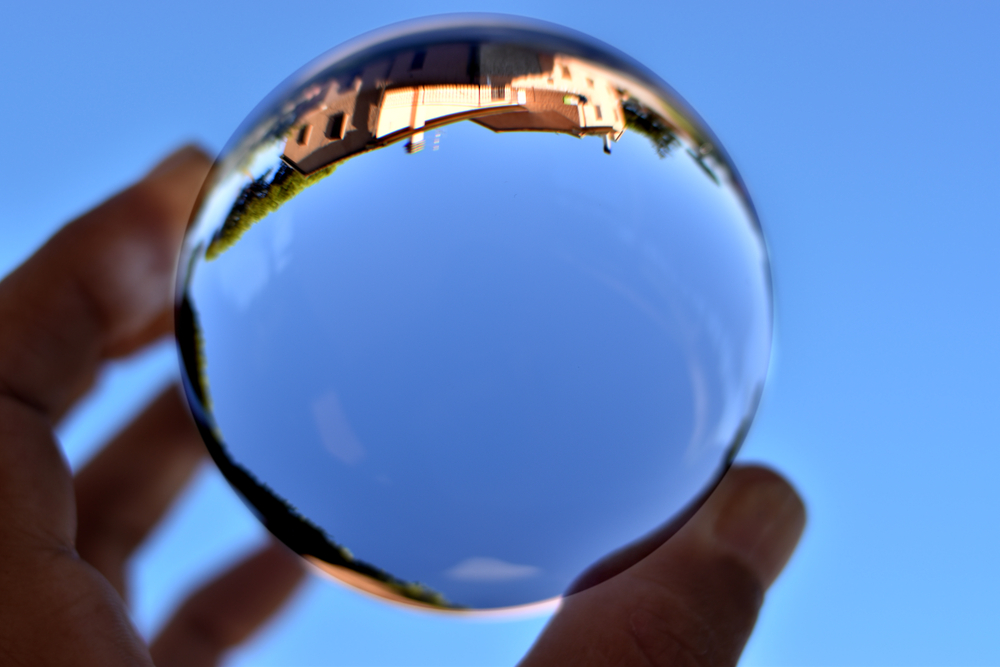 In current orthodoxy enforced by technocratic elites, the lines between what is celebrated and condemned reaches fresh heights of absurdity virtually every day.

Some latest examples came courtesy of a recent year-end article on MIT’s technologyreview.com website, highlighting some of the “worst technology of 2021.”

The article panned apps popular with children and teens that allow them to “refashion” their appearance in videos and pics.

It railed against “space tourism” excursions by billionaires.

And it exorciated a newly approved Alzheimer's pharmaceutical treatment for being exorbitantly expensive and having dangerous side effects.

The trouble with the MIT examples of bad technology, is that the same elites have championed technologies and policies that are analogous to all those mentioned, but far more devastating to society.

In short, the MIT year end review is a textbook example of a warped reality filter that elites routinely employ to push preferred narratives while inducing average people to ignore gaping hypocrisies.

In a section about “Beauty Apps,” the MIT article lays out the problem of apps that young people use to visually alter their appearance in videos and photos.

The article expresses concern that the apps provide the ability to do things like smooth the skin, thin noses, and enlarge eyes in digital images:

“These apps are not just gimmicks, like those that give you bunny ears. For some young women, they enforce false images they can’t live up to. The message kids are getting is not ‘Be yourself.’”

The same MIT elites pointing out the dangers of apps that make no real physical changes to the human body, have no problem advocating “gender reassignment” surgery and hormone drug “therapy” for children.

In other words, utilizing drugs that dissolve the testicles of boys, performing radical mastectomies of teenage girls, and administering hormones that put the natural and healthy hormone balance of young men and women disastrously out of whack, are perfectly fine with the scientific conceits of MIT.

None of the pharmaceuticals, medical procedures and psychiatric and psychological opinions that have allowed radical physical disfigurement is considered a manifestation of “bad technology.”

In fact, MIT has a whole section on their website explaining why they cover “Gender Confirmation Surgery.”  A page explains:

“MIT employees and their dependents who participate in an MIT medical plan are eligible for Coverage of Gender Confirmation Surgery (GCS), also known as Gender Reassignment Surgery (GRS), for the treatment of gender dysphoria.

“What is GCS and Why is MIT Covering It? Gender Confirmation Surgery (GCS), also known as Gender Reassignment Surgery (GRS), is for the treatment of gender dysphoria. The prevailing position of the medical establishment is that GCS is a medically necessary procedure. The American Medical Association, the American Psychiatric Association and their Canadian counterparts support GCS as a medically necessary part of treatment for gender dysphoria and advocate the necessity of surgery and its coverage.”

It’s hard to fathom how the same voices attempting to gin up woke social outrage over “beauty apps” can defend far more destructive GCS without blinking an eye. But there it is.

The excesses of billionaire’s spending their money on “space tourism” was cited by the MIT year in review as another example of poor use of technology.

No doubt, hearing about Jeff Bezos playing Han Solo (if Han Solo were played by Yoda) is enough to make sensible average people shake their heads.

But the abuses of Amazon’s platform, using its privileged algorithms and data gathering to illegally undermine businesses it purports to help, is far more consequential.

The Trends Journal detailed some of those abuses in articles including “AMAZON CAUGHT ILLEGALLY UNDERCUTTING COMPETITION” (19 Oct 2021) and “AMAZON USING DIGITAL BOOK DOMINANCE TO CENSOR” (16 Mar 2021).

Jeff Zuckerberg at Facebook (now META) funneled over 500 million into subverting the democratic prerogatives of average American citizen voters in 2020.

Apple, meanwhile, aided and conspired with the Communist Chinese government in order to gain a privileged business partnership.

None of those abuses by technocratic elites were cited as abhorrent examples of technology gone bad in 2021.

But “space tourism” made mention in the MIT article as a laser pinpoint meant to distract from the truly egregious abuses of Big Tech.

Cheap Therapeutics Helping Africa and India, Verboten in US

The MIT article spares no verbiage in lashing a big pharma Alzheimer's drug manufactured by Biogen as an example of bad technology.

The drug, Aduhelm, is cited for its yearly price tag of 56,400 dollars, and “substantial risk of serious brain swelling.”

But while castigating the relatively obscure drug, MIT has proselytized for experimental COVID gene-level therapies, which have minted new pharma billionaires at Moderna and Pfizer.

The technology, deceptively likened to traditional vaccines in order to sell them to the public, have proved to be ephemeral as far as medical benefits.

They have also been associated with significant serious side effects including heart inflammation, especially affecting younger people otherwise at little risk of serious COVID complications.

In the roundup, MIT states:

“The best kind of medicine is inexpensive, safe, and effective. Think of setting a bone in a cast, filling a cavity, or administering a $2 polio vaccine. The worst medicine of 2021 is exactly the opposite.”

Whole regions of the world, including Africa and India proved in 2021 that anti-COVID protocols that employed early and prophylactic use of cheap, safe medicines including hydroxychloroquine and Ivermectin, showed benefit.

Frontline doctors in the U.S. and elsewhere repeatedly reported success in treating COVID by using antibiotics and other medicines and supplements.

But big pharma tied medical authorities, politicians, media and institutions like MIT all pushed COVID vaccines as the only solution.

That’s not just an example of “worst technology.” It’s an indictment of the integrity of a thoroughly co-opted, propaganda focused technocracy.

And as a world-leading technological institution, MIT has more than done its part in the COVID propaganda war.