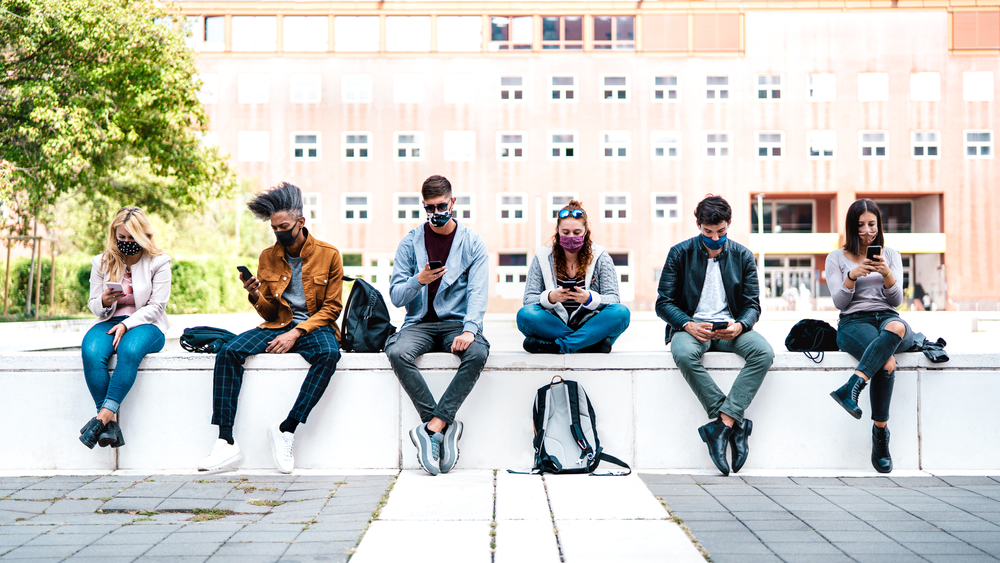 Why are we so intent on deforming and destroying our world and our progeny with synthetic wars, synthetic experiences, synthetic substances and synthetic alterations to life itself?

There are no simple answers.  One might say that it’s a plot of some cabal or other.  And it’s certainly true that those cabals exist.

Many prescient warriors have named them and fought their designs.

I’m honored to say that Gerald Celente, the publisher of the Trends Journal and a friend, has been one such warrior for Peace.

But maybe it’s time for every person to examine where the destructive impulse begins: in the heart of every human.

Because if we don’t get at the root of the problem, and soon, this world won’t continue to exist for ourselves, or our children, in any condition appreciably different from Hell.

Among the saddest wars of destruction being waged right now is against children.

Whether it’s a synthetic conflict in Ukraine, stoked with infusions of military industrial complex hi-tech weapons and machinations, or synthetic drugs pouring over our borders, or the practical confinement of our children into synthetic social experiences, or the bizarre imposition of transgenderism on them, make no mistake: we are hellbent on destroying the next generation...

We’ll briefly look at the state of a few of these synthetic assaults on our most vulnerable, innocent and precious gift and hope of the future—our children.

Synthetic Drugs Are Killing As Never Before

According to a recent report published in the Journal of the American Medical Association (JAMA), the number of overdose fatalities among minors increased by 94% from 492 in 2019 to 954 in 2020.

The report was profiled by CNSnews.com.

As is typical with drug addiction, those hooked on drugs often didn’t hook themselves.  They were pursued by depraved and greedy wraiths.

"Teenagers don't seek out illicit opioids, [but] they do seek out prescription opioids and that has always been one of their favorite drugs: Vicodin, OxyContin, hydrocodone. And they also seek out benzodiazepines," noted Dr. Nora Volkow, director of the National Institute on Drug Abuse, in an interview with NPR.

Fentanyl, an insanely lethal and addictive synthetic drug which is churned out from chemicals produced in China and often mixed south of the U.S. border, before flowing easily throughout the country, has gained the most notoriety.

And justifiably so.  Fentanyl—not COVID—is now the leading cause of mortality among Americans aged 18 to 45, according to Families Against Fentanyl (FAF).

Nearly 79,000 persons between the ages of 18 and 45 died of fentanyl overdoses between 2020 and 2021, according to the group's calculations, based on CDC statistics, CNS noted.

So is the problem with China?  With Central and South American drug cartels?  Or in the end, with us, and our own failure to stand up in every county and community, and band together to stop the madness of poison being mainlined to our children?

As I’ve argued more than once in these pages, there is NO necessary relation between technological advancement and betterment of the human condition.

The 20th Century saw technology ascend into its modern apex of scientism in the form of a society and world-wide Technocracy. The overwhelming bulk of humanity, for the first time in history, placed their faith in the notion that technology and technocrats could and should lead the way to a better world and a better human existence.

Unfortunately, the creations of technology, including technocratic governance, spawned a hell of Nazi and Communist efficiencies in wiping out huge swathes of human beings in nation after nation.  R.J. Rummel’s monumental chronicle, Death By Government, which should be a course in every high-schooler’s education, makes the point abundantly clear.

The 21st century is proving that as technology now advances at near quantum pace, man-made viruses bring the entire world to a devastating stop, while technocrats advocate discarding our Constitution. Drones and hypersonic missiles pinpoint destruction ever more precisely and insidiously.

Our every movement and every word is an opportunity to track us, accuse us, de-person us and, in fear of a de facto “social credit system,” control us down to our unspoken thoughts.

Indeed, Children are being so thoroughly conditioned by the “social” apps and experiences they are allowed and not allowed to have, that much information is no longer allowed to be considered.  It is branded “disinformation,” effectively creating a new generation that only knows what the Technocracy wants it to know.

So they use apps like SnapChat that show and disappear their verboten thoughts, images and communications.  They risk no record of their secret rebellions.

A whole generation of young heterosexual men “go their own way” and reject relationships with women out of a sense that any relationship could lead to retributions in a legal system that is stacked against them.

Young people have turned to fantasy gaming, and even fantasy relationships.

As a recent YahooNews article heralds, “The Uncanny Future of Romance With Robots Is Already Here.”

AI chatbots may be sterile and designed to seduce people into ersatz relationships. But sadly, that may be safer in the current moment than risking real relationships that can result in banishment and canceling, legal destruction and more.

Is that all the fault of Bill Gates or Klaus Schwaab, or DARPA or the Bilderberg Group, the Swamp, the Deep State, FreeMasonry, Satanism, and on and on?

These forces certainly manipulate opinion, and instigate laws and social norms that can create tremendous pressures to conform, and incentives to “go along to get along.”

But if everyday people took stands, with their money, with their families, their social groups, communities, drew a line and said: “I will do what is in MY power to oppose this,” a lot might change.

Even if it didn’t, and that stand meant suffering loss, opprobrium, or even worse, there must be some battles and some struggles that one will not shrink from, if one is to retain any dignity of human existence.

An NPR review recently praised a “fiction” novel by a transgender author that included scenes of prominent feminists like J.K. Rowling (author of the Harry Potter series) meeting gruesome deaths.

Rowling was envisioned as being burned…like a witch.

Fitting in a fantasy literary sense perhaps.  But what was her crime? She is merely a traditional ardent feminist, who actually advocates for what she sees as beneficial to humans with XX chromosomes.

But in 2022, attempts to effectively mediate reality are a crime.  In the case of feminists opposed to a transgender mania that is setting back the rights of actual women, it’s a crime worthy of revilement, and promoting violence against actual persons.

If Rowling is meeting such pressure, fully endorsed by statist forces, imagine the pressures to accept the corrosive unreality of transgenderism (the notion that human biology means nothing compared to desires to actualize and affirm gender fantasies) average people are confronting everyday.

Parents who refuse to put children on puberty blocking hormones for saying things that amount to fantasy play, or things little understood, inculcated in them by insidious authority figures in the schoolroom, risk losing their children to Child Protective Services.

Examples of the delusions of transgenderism being mainlined to children are everywhere.  And it’s been happening for longer than most people realize.  Here’s an article from 2015 that noted the development of classroom materials to promote it.

And is transgenderism resulting in greater life satisfaction for the young people, many of them not even adults, who are the subjects of this medically assisted phantasm?

The answer of course, is no.  A study much-touted at the time in the media supposedly proving that transgender “reassignment” surgeries result in positive outcomes, was retracted.

A headline from the American College of Pediatricians says it all: “No Evidence Hormones or Surgery Help Gender Incongruent Patients.”

But it’s much worse. There’s no going back, for children who have had their testicles dissolved via chemicals, their breasts removed, their sexual development retarded via puberty blockers, their insides warped in a “bottom surgery” to create a vagina and womb from the colon.

Twitter, that woke septic system, is littered with horror stories of “well-meaning” parents who went along with what schools and social welfare systems and medical authorities told them to do, only to see their children now suffering even more.

So who is responsible?  The cabal of evil authorities promoting transgenderism?  Absolutely.  But the parents themselves, who didn’t fight the depraved delusion with every means and measure right down to their very lives, are just as, or even more responsible.

A new lost generation is being raised, right now.  It doesn’t bode well for the 21st century.  And it’s not only the fault of the technocratic masters of the universe, bent on a sick destruction of humankind, though they certainly are working to achieve that.

The fault is with each of us, to the extent we don’t examine it, understand it, and act in our own lives, in every possible way, against it.