THE MASTERS OF WAR, AT WAR WITH RUSSIA 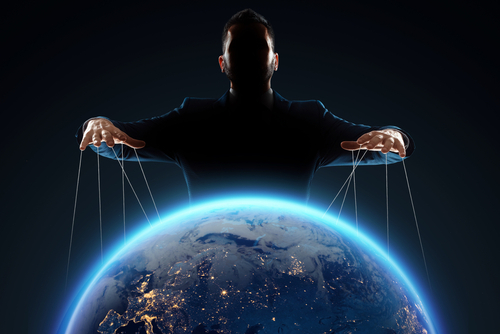 Austin met with Ukrainian President Volodymyr Zelensky in Kyiv and then told reporters what he believed it would take for “us to win the current fight and also build for tomorrow.”

Yes, “us”, “We the People to fight and die for the war industry that Austin was as a former Army general and board member of Raytheon, America’s second largest defense contractor.

Austin's comment was part of a shift in messaging by the Biden administration. President Biden has said that war between the U.S. and Russia would be WWIII.

The flood of Western weapons into Ukraine has been unprecedented, and there are growing fears that Russian President Vladimir Putin could take drastic military action in retaliation for those nations fighting what Russia’s Foreign Affairs Minister, Lavrov, calls a “proxy war.”

The U.S. has been consistent in its messaging that it has no desire to send troops to Ukraine to fight against Russia. But that message is quickly changing as we note in this week’s Trends Journal, (See WWIII: U.S. WARMONGERS FUELING KILLING FIELDS in this issue).

Also, Washington has expressed the willingness to provide Ukraine with almost any weapon it requests and has been reportedly providing Kyiv with intelligence on Russian troop movements.

William J. Burns, the CIA director, said earlier this month that with each setback that Russia faces, “none of us can take lightly the threat posed by a potential resort to tactical weapons or low-yield nuclear weapons.”

Thus, should this ramping up of the Ukraine war by Washington and its NATO allies persist, they are leading the world down a path of the War to End all wars—nuclear war.

Biden announced Thursday that he wants to send $33 billion in additional aid to Ukraine, including $20.4 billion for its military.

Ignoring the long list of America’s deadly and costly war that he supported, Biden said, “Throughout our history, we’ve learned that when dictators do not pay the price for their aggression, they cause more chaos and engage in more aggression. “They keep moving. And the costs, the threats to America and the world, keep rising.”

Austin also visited Germany last week and was happy to learn that the Germans would increase their contributions to Kyiv by sending the Gepard, an anti-aircraft cannon tank.

“We don't have any time to waste,” Austin said. “We have to move at the speed of war.”

Austin was at U.S.'s Ramstein base in Germany with more than 40 defense leaders from other countries to discuss future support of Ukraine. The New Yorker pointed out that Austin called the new coalition the "nations of good will." He said there will be monthly meetings to discuss new ways to "intensify" a campaign to win "today's fight and the struggles to come.

TRENDPOST: You will not find it in any mainstream media outlet, but Austin became a rich man in the private sector when he worked on Raytheon’s board of directors.

OpenSecrets pointed out that Austin earned seven figures from the defense companies. The website in 2020 reported that Austin, who was retired from the military at the time, and Antony Blinken, the current secretary of state, worked as “D.C. partners” for Pine Island Capital Partners, an investment firm specializing in defense companies.

TREND FORECAST: The rhetoric out of Washington will continue to get hotter because the propaganda campaign from the corporate media has been effective in the West. That’s why a recent Quinnipiac poll found that two-thirds of Americans believe the U.S. should be doing more to stop Putin.

Biden, who called Putin a killer long before the war, said in April that the steady stream of weapons into Ukraine essentially ensured that Putin “failed in his initial war aims to conquer and control Ukraine.”

Thus, by his words and massive weapons being sent to Ukraine to stop Putin, World War III is on the near horizon.

Richard Shirreff, former NATO commander, spouted to BBC—as only an arrogant imbecile would—that “The worst case is war with Russia,” and that “By gearing itself up for the worst case, it is most likely to deter Putin because ultimately Putin respects strength.”

Again, the War Machine is in control and the cabal of generals, politicians and Presstitutes are on the warpath.

No, Putin will not be deterred and will not respect “strength.” As he said last week, countries “that get into their heads to meddle in ongoing events from the side and create unacceptable strategic threats for Russia, they must know that our response to counterpunches will be lightning-quick.”