THE GLOBAL ECONOMY IS ALL ABOUT INFLATION NOW 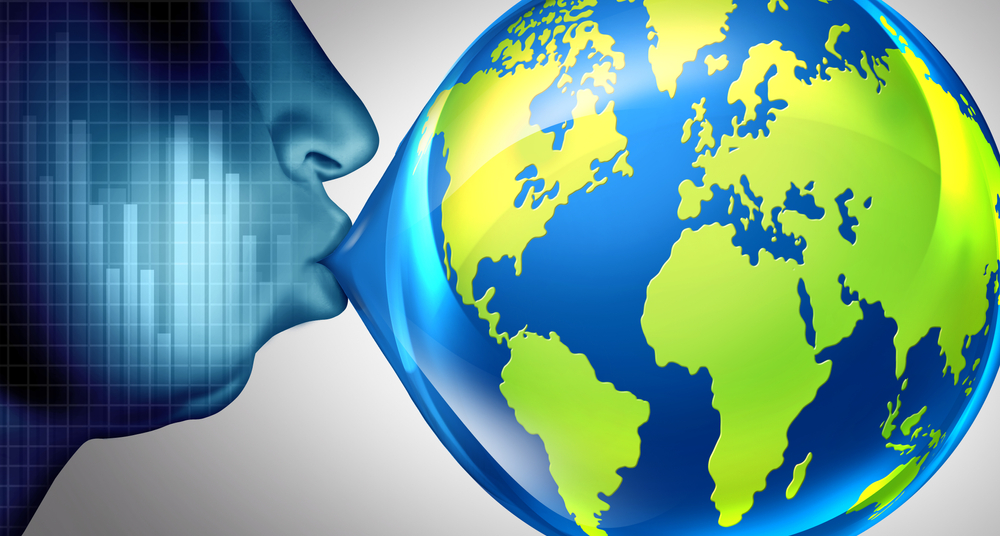 Central banks around the world insist that today’s galloping inflation will slow to a walk as suppliers and transportation fleets smooth out disruptions created by the economic crisis.

However, those “transitory” price hikes are reshaping the global economy right now.

Germany’s July inflation rate of 3.1 percent was the highest since 2006, the Federal Statistics Office reported.

The surge was due in part to one-time events, including removing a moratorium on value-added tax, a new carbon tax, and changes in the way price indexes are calculated, the office said. (See “GERMANY’S INFLATION SURGES” Trends Journal, 2 February 2021.)

Also, German factories are short on materials from plastics and wood to computer chips and also are confronting tie-ups in logistics, the Financial Times noted.

Germany’s inflation rate will be at, or close to, 5 percent by year’s end, Jens Weidmann, head of Germany’s central bank, said in comments cited by the FT, a rate that would be the highest since Europe’s common euro currency was created in 1999.

The European Central Bank’s benchmark interest rate of -0.5 percent is likely to push inflation higher faster as businesses and consumers see more value in spending money now than saving it.

Spain’s inflation rate rose from 2.7 in June to 2.9 percent in July, the country’s statistics agency said, the highest since 2017 and driven chiefly by price hikes for hotel rooms and gasoline.

In Britain, natural gas prices have reached 100 pence per therm (100,000 Btu’s), the highest since 2005; across Europe, the price of electricity has reached a record €40 per megawatt-hour.

The rising prices signal a looming shortage, analysts cited by the FT cautioned.

A long winter reduced Europe’s gas on hand; Russia, on which Europe depends for much of its gas, is sending less now than at the end of 2019.

“In terms of additional supply, there aren’t many options globally,” he said. “Russia is the only discretionary source of supply but we don’t know when additional deliveries might start.”

Russia is thought to be withholding gas from Europe to pressure the European Union to approve a controversial gas pipeline Russia wants laid through the region, the FT reported.

Globally, gas supplies have tightened as economies have reopened. Drilling and production crashed during 2020 and have yet to recover, in part because oil companies are withholding investment. (See related story.)

The average U.S. price of gas per million BTUs has risen past $4; a drought in Brazil has shrunk the country’s supply of hydropower, forcing it to join the bidding war for LNG.

Supplies are unlikely to rebound before winter sets in across the northern hemisphere, analysts said in a warning cited by the FT.

Similarly, the price of a range of consumer goods is on the rise. (See “PRICES FOR CONSUMER GOODS SET TO RISE,” Trends Journal, 4 May, 2021.)

Not even the holidays will be spared.

In the U.S., toy companies are seeing their Christmas inventories stranded at ports choked by shipping containers waiting to be unloaded.

Most toys sold in the U.S. are made in China. Some factories there have jacked prices by more than 20 percent to cover inflated costs of raw materials, Isaac Larian, founder of toy company MGA Entertainment, told The Wall Street Journal.

Ocean shipping between the two countries is in such demand, and has become so backlogged, that the daily rate to load and send a 40-foot container had soared to $18,346 last week, compared to $1,550 in July 2020, the WSJ said.

Faced with supply-chain breakdowns worse than in 2020, toy industry analysts told the WSJ, toy majors Hasbro and Mattel also are poised to raise prices to recoup some of the extra cost incurred by their scramble to have toys in time for Christmas.

To ease the squeeze, Hasbro is seeking manufacturers in other countries and scouting alternative shipping venues, CEO Brian Goldner said last week in an analyst's call quoted by the WSJ.

“I’m going to be less focused on where the inventory is coming in,” he said, “but rather that we have inventories to meet demand.”

TREND FORECAST: The global economy faces shortages in oil, natural gas, computer chips, and other essential commodities that will persist for months or longer.

Shortages will keep prices higher, causing an increasing number of workers to demand higher wages. The Fed will be forced to raise interest rates when “wage inflation” threatens to set off an inflationary spiral.