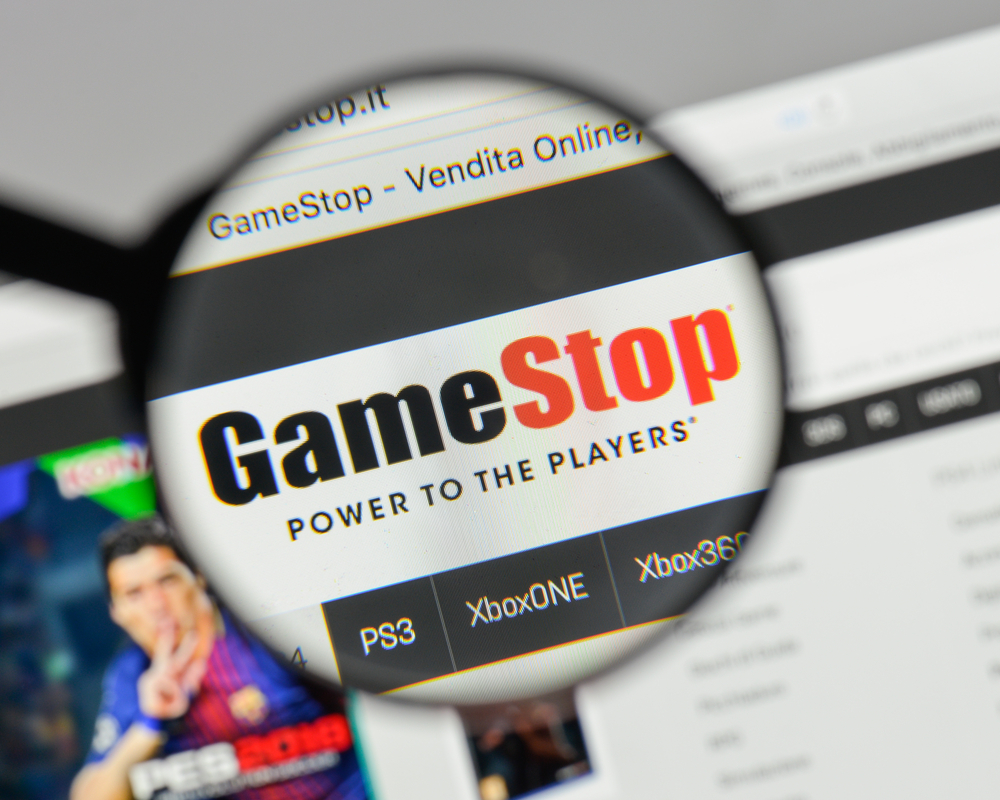 This past week saw Treasury Secretary Janet Yellin get involved in the GameStop saga, despite an apparent conflict of interest. Fall-out continued in the markets, with physical silver prices de-coupling from paper and Elon Musk tweeting support for “the people's crypto,” Dogecoin. We also learned more about how hedge funds, banks, and online brokerages may have manipulated unsavvy retail investors.

Below are some important stories this week in the ongoing “GameStop” trend.

GAMESTOP PEELED THE MASK OFF THE MARKETS. When the NYSE, cheap brokerage trading apps like Robinhood, and social and legacy media all came down to halt the rally in GameStop stock last week, it opened the eyes of millions. “It’s a rigged game,” found a whole new meaning. The game was insiders vs. outsiders, Wall Street Hedge fund stock “shorters” vs. a Reddit group called WallStreetBets, buying up stocks of companies unfavored by the Bigs.

GameStop stock went from around $15 in early January to nearly $400 when the Wall Street powers, hemorrhaging billions on bad short bets, leveraged their power to stop the game in progress. In an unprecedented move, traders were allowed only to sell GameStop stock, not buy. The shorters took new positions based on the high price levels, and when the rigged game successfully crashed the stock, the insiders won. But it was a pyrrhic victory. The outsider “degenerates” will certainly take lessons from the battle and strike again.

TRENDPOST: Communication and censorship played a big part in the story. The young app traders communicated on Reddit and Discord boards. When their collective buying drove their favored stocks up, the censors kicked in. A discord server hosting a WallStreetBets board was taken down. A hundred thousand bad reviews of the Robinhood trading app were deleted by Google. And MSM outlets engaged in a smear campaign of the Reddit traders while lauding the “sensible” actions taken against them.

Tech companies and media giants acting in unison in favor of corporate behemoths took on another dimension with the GameStop saga. This time, they crushed a politically diverse group of young people who grew up on the internet. They know how to use technology better than many of the ossified interests on the inside. Eyes wide open, the “Youth Revolution” will adapt, using encrypted apps, cryptocurrencies, and other means to ramp up their insurgency.

TRENDPOST: A legal suit filed in California claims the popular Robinhood brokerage app precipitated the suicide of a young trader. The family of Alex Kearns says their son spiraled into a leveraged debt trap because of the app’s aggressive tactics targeting inexperienced “investors.”

“How was a 20-year-old with no income able to get assigned almost $1 million worth of leverage?” were the last words of Kearns, according to the filing. At the time of his death, Robinhood had notified him that his account had a negative balance of $730,000.

The suit filed in Santa Clara court alleges, “Though Alex was merely a senior in high school when he opened an account with Robinhood and had little or no income, Robinhood determined he was qualified enough to enter into the world of trading sophisticated financial options.”

Kearns reportedly began trading options using the app while he was a freshman at the University of Nebraska at Lincoln.

CONFLICT OF INTEREST “WAIVED” FOR YELLIN. Before she was confirmed as President Biden’s new Treasury Secretary, Janet Yellen pledged that she would recuse herself for one year “from

when she last made paid speeches to the companies.” But Yellin received a waiver from ethics lawyers at the Treasury just in time to lead a meeting last week of top U.S. market regulators concerning the GameStop saga.

The hedge fund Citadel paid Yellin an $810,000 speaking fee last October. It has been directly involved in the battle between Wall Street shorters of certain stocks and Reddit app traders who drove up prices on those stocks, including GameStop. Buys were suddenly shut down by brokerages including the popular Robinhood trading app. According to IBT, 35 percent of the platform’s trading revenues come via Citadel. Secretary Yellin is also expected to appear later this month in congressional hearings over matters surrounding the controversy, including the House Financial Services Committee, led by Maxine Waters.

WALL ST. CONCERNED ABOUT “GAMIFICATION” OF STOCK MARKET. “Protecting investors” and preventing “gamification” of the markets (i.e., gambling on stocks) is suddenly of high concern in the wake of small-time traders inflicting damage on mega Wall Street hedge fund short bettors. Treasury Secretary Janet Yellin moved to initiate meetings with the heads of the Securities and Exchange Commission, the Federal Reserve Board, the New York Fed, and the Commodities Futures Trading Commission to discuss “whether recent activities are consistent with investor protection and fair and efficient markets.”

The SEC, meanwhile, stated, “We will act to protect retail investors when the facts demonstrate abusive or manipulative trading activity that is prohibited by the federal securities laws. Market participants should be careful to avoid such activity.” The SEC was signaling it saw no problem with Reddit traders being shut down last week by brokerages connected with hedge fund losers like Citadel. Instead, the SEC appeared to be warning that actions against groups like the Reddit “WallStreetBets” are being contemplated.

Some have pointed out that the activities of hedge funds, compiling dossiers on targeted companies, taking out short bets against them, then sending proxies out to the financial media to talk down those companies, is the real manipulation and “gamification” problem.

Following the SEC’s statement, one former senior counsel in the SEC’s Division of Enforcement provided a defense of Reddit traders. “There may have been some bad actors, but the narrative in the media does not suggest a traditional pump and dump,” said Philip Moustakis, now a counsel at the law firm of Seward & Kissel. “There is no indication yet that the Reddit crowd was engaged in coordinated actions or disseminated false and misleading information.”

Meanwhile, the Financial Industry Regulatory Authority (FINRA), which regulates brokers and broker-dealers, dialed in on the “game-like” features of trading apps like Robinhood as being problematic. “[Our] focus includes risks associated with app-based platforms with interactive or ‘game-like’ features that are intended to influence customers, their related forms of marketing, and the appropriateness of the activity that they are approving clients to undertake through those platforms.”

CITADEL: STOCK SUGAR DADDY OF NINE ONLINE BROKERAGES. Citadel, which had a financial interest in throttling the GME stock rally, was paying virtually all the top online trading brokerages to direct stock order flows to the mega hedge fund. That’s according to legally required filings uncovered by Pam and Russ Martens of wallstreetonparade.com. The list of brokerages includes Robinhood, E-Trade, TD Ameritrade, Charles Schwab, WeBull, Ally Invest Securities, First Trade, and TradeStation. Fidelity Brokerage Services was also directing stock and option orders to Citadel Securities, but it was only receiving payments on the option orders.

For those wondering how apps like Robinhood can offer free trades, it’s because they receive cash rebates from players like Citadel for trades directed to it. Many are suggesting those brokerages shut down buys of GameStop and other stocks in late January to help their hedge fund backer. Funds controlled by Citadel were taking huge losses from stock rallies of companies they had bet would go down in value. The rallies were snuffed out when Robinhood and others allowed traders only to sell those stocks, but not to buy them.

Citadel has been fined multiple times for manipulating market trades. For example, in 2020, FINRA fined Citadel $180,000 for failing to mark 6.5 million equity trades as short sales. And the fund has previously been fined for using illegal means to either drive up or crash stocks to take profits. As far as the GameStop debacle, Citadel’s relationship with brokerages may have paid off in more than one way. “There was a high probability that no matter what online brokerage firm Redditors sent their GameStop orders to initially, Ken Griffin’s Citadel Securities was getting a piece of the action in the end,” Pam and Russ Martens pointed out.

HEDGE FUNDS CAUGHT WITH THEIR SHORTS DOWN. In the lead-up to the GME buy-and-bust craze in January, some Reddit traders on WallStreetBets noticed that shorts were being taken on seemingly more GME stock than even existed.

Now there is more information that appears to confirm that “naked short” betting was indeed happening. According to Investopedia, naked shorting “is the illegal practice of short selling shares that have not been affirmatively determined to exist. Ordinarily, traders must borrow a stock, or determine that it can be borrowed before they sell it short. So naked shorting refers to short pressure on a stock that may be larger than the tradable shares in the market.”

Despite being made illegal after the 2008-09 financial crisis, there are loopholes in rules and discrepancies between paper and electronic trading systems that allow the practice to still happen. GameStop shows up on the SEC’s list in its latest “Fails-to-Deliver” report, which comes out twice a month. It isn’t conclusive proof that certain interests were engaging in naked short-selling, but it does raise a red flag that it’s a distinct possibility. “GameStop has been experiencing huge fails to deliver since at least December 18, when an aggregate of 872,523 shares had failed to deliver on their settlement date,” according to wallstreetonparade.com. “The figure of fails had been 10,874 just two days earlier, on December 16.”

On 14 January, GameStop still had an aggregate of 621,483 shares that had failed to deliver.

ROBINHOOD APP HOLDING USERS CAPTIVE. First, the Robinhood trading app deprived its users of the ability to buy stocks they wanted. Now some users are complaining to customer service and the FTC that Robinhood is preventing them from liquidating their accounts to move to other brokers.

Robinhood enraged its user base when it cut off buys of multiple stocks last week, in the now-infamous GameStop saga receiving scrutiny from industry regulators and political overseers. At one point, the formerly popular trading app piled up 100,000 negative reviews on Google Play, before Google summarily wiped away the bad press.

Now users are reporting Robinhood is making it difficult to stop using their service. “You send your complaint into the void with little hope that anyone will get back to you. I just want the money I made so I can close my account and be done with this service,” one Robinhood client wrote.

Complaints about Robinhood have been flooding consumer watchdog groups and the FTC. They aren’t only about the stoppage of a trader’s ability to buy certain stocks or poor customer service. One Robinhood user alerted the

FTC that the ability to “continue depositing money is still active but withdrawing money or trading stock is completely blocked.” Other users, including some prominent traders, have described similar experiences. Tim Maloney of ETF firm Roundhill Investments told CNBC he had been prevented from withdrawing money from Robinhood.