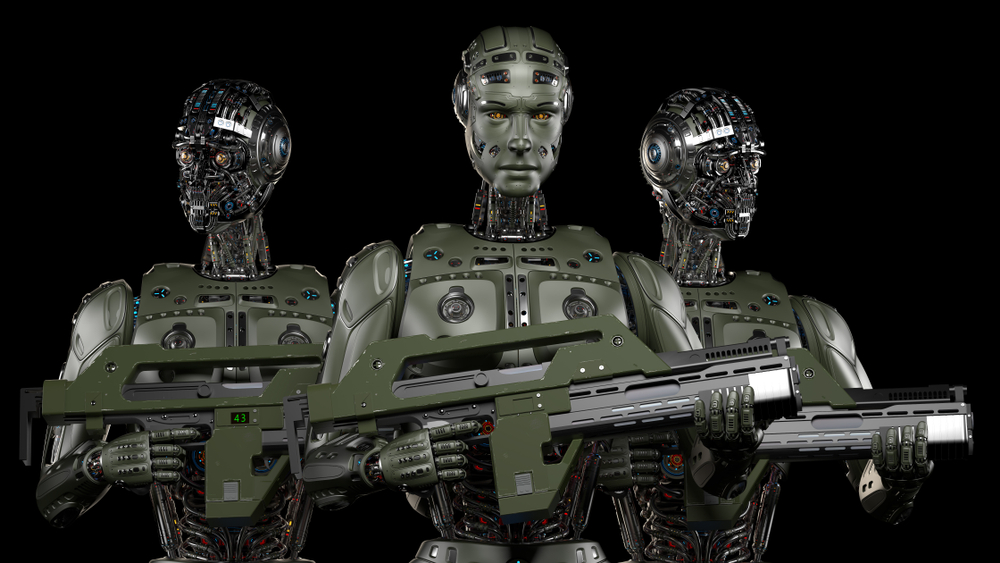 The report – or at least its worst-case scenarios – read like a tech-fueled hell that may make the bloody totalitarian regimes of the 20th century seem quaint by comparison.

The potential for advancement is also highlighted. But the overall outlook strongly suggests human conditions will not advance at a pace with technological innovations. In other words, technology and science may benefit only a relative few, while causing malaise or worse for the rest of humanity.

Technology Not a Savior

A considerable section of the report is devoted to the impact of emerging technologies including Artificial Intelligence. It’s clear that like it or not, AI will evolve quickly and present challenges.

On the economic front, the report implicitly suggests AI will render whole sections of the current workforce obsolete. It mentions “retraining,” but making the benefits of technologies available to society:

“AI will transform almost all industries and disrupt the global labor force, creating new job fields, eliminating others, and driving significant economic and social redistributions. Human-machine teaming will be common for many future jobs. To harness the advantages of AI while mitigating unemployment, countries and corporations will need to focus on education and retraining their workforce.”

AI’s use in warfare is outlined:

“AI will confer strong advantages to countries that incorporate AI into their military systems. AI will enhance the performance of existing weapons, defenses, and security systems, both physical and cyber, while counter-AI techniques, designed to negate or confuse AI decision making, also are likely to emerge.”

The report admits that AI will likely not be very privacy-friendly, noting that “strict rules” on the use of personal data may not be able to coexist with the “full realization of AI capabilities.” And in a passage on technology-driven surveillance, the report says:

“Today’s ubiquitous public cameras, for example, will lead to tomorrow’s smart cities, where optical and other sensors combine with AI to monitor people, vehicles, and infrastructure globally.”

The report acknowledges that governments, presumably with intelligence agencies as a focal point, will be tempted to use AI-driven surveillance to manipulate and control populations. And some stunning statements in the report sum up the outcome of likely future surveillance:

“Privacy and anonymity may effectively disappear by choice or government mandate, as all aspects of personal and professional lives are tracked by global networks… The technology-saturated and hyperconnected future will offer leaders and governments new tools to monitor their populations, enabling better service provision and security but also offering greater means of control… Governments, especially authoritarian governments, will exercise unprecedented surveillance capabilities to enforce laws and provide security while tracking and de-anonymizing citizens and potentially targeting individuals.”

Warnings Over a Growing Digital Divide

Global Trends 2040 repeatedly warns that advances in technology may only create divides and be hoarded by powerful technocratic elites, even if that exact term is not used.

In typical Orwellian fashion, the report lays the blame for the chasm between the haves and have nots with intransigent people "unwilling" to bend to desired conformities to receive their allotted share:

“Aggravating Social Tensions. The pace of technological change could increase societal tensions between those with the access, ability, and will to adapt and those who are unable or unwilling to change. With the rapid spread and adoption of technologies, some individuals, communities, and countries could make rapid advancements while others may be left behind with little hope of catching up, exacerbating inequalities within and between states…

Many people, particularly those who are benefiting less than others in their societies, are increasingly pessimistic about their own prospects, frustrated with government performance, and believe governments are favoring elites or pursuing the wrong policies.”

But the report admits that frustrations are most concentrated not in developing countries, but in first world countries that have seen erosions in broad-based middle-class progress:

“Public opinion polls repeatedly have shown increasing pessimism about the future in countries of all types around the world, but especially in advanced and middle-income economies. According to the 2020 Edelman Trust Barometer, the majority of respondents in 15 of 28 countries polled are pessimistic that they and their families will be better off in five years, an average increase of 5 percent from the previous year. Less than a quarter of those polled in France, Germany, and Japan, for example, believe they will be better off in 2025.”

China Not a Partner

China figures very large in the Global Trends 2040’s predictions of challenges that will face the U.S. strategically in the years and decades ahead. Among other things, the report details China as a competitor in space:

“By 2040, China will be the most significant rival to the United States in space, competing on commercial, civil, and military fronts. China will continue to pursue a path of space technology development independent of that involving the United States and Europe and will have its own set of foreign partners participating in Chinese-led space activities. Chinese space services, such as the Beidou satellite navigation system, will be in use around the world as an alternative to Western options.”

On the more mundane plane of terra firma, competition with China for influence and allegiances with the rest of the world is also contemplated:

"The rivalry between the United States and China is likely to set the broad parameters for the geopolitical environment during the coming decades, forcing starker choices on other actors. States will leverage these diverse sources of power to jockey over global norms, rules, and institutions, with regional powers and non-state actors exerting more influence within individual regions and leading on issues left unattended by the major powers."

The report eschews terming the China rivalry as a kind of “Cold War,” but the implications are fairly clear.

Obliquely, the report at several points seems to almost wish for the totalitarian controls China exerts on its citizenry, economy, and institutions:

“In open economies, a mix of private efforts and partnerships between governments, private corporations, and research programs will compete

with state-led economies, which may have an advantage in directing and concentrating resources, including data access, but may lack the benefits of more open, creative, and competitive environments.”

Not exactly a ringing endorsement of current “corporate capitalism.” But then, the strange admixture and lack of confidence currently characterizing western societies is perhaps the subtext of the entire assessment of Global Trends 2040, which can be viewed in full here.