THE EVIL THAT MEN DO LIVES AFTER THEM 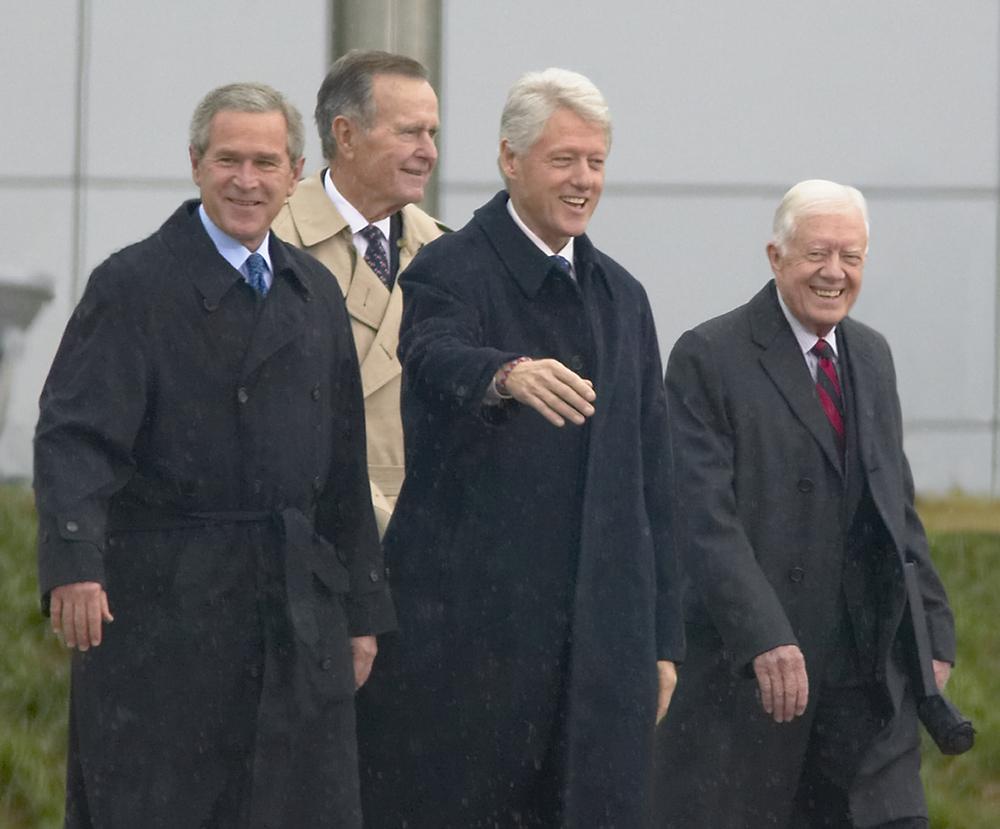 How about some accountability for Afghanistan, Iraq, Libya, Syria and Yemen?

If you want to know how the United States wound up with “government by stupid” one need only look no farther than some of the recent propaganda put out by members of Congress, senior military officers and a certain former president. President George W. Bush, who started the whole sequence of events that have culminated in the disaster that is Afghanistan, is not yet in prison, but one can always hope.

Regarding the current crisis, former FBI special agent and 9/11 whistleblower Coleen Rowley cited Richard W. Behan who mused over “How perverse we have become. We chastise President Biden for a messy ending of the war in Afghanistan and fail to indict George Bush for its illegal beginning.” She then observed, in her own words on Facebook, “So Rehabilitated War Criminal Bush can maintain his legacy as stalwart statesman as he cutely dances with Ellen DeGeneris and Michelle Obama on television screens. Washington is just a big fact-free political show where the blame game winners are the best manipulators.”

I would add to that the hubris of the “Mission Accomplished” banner on the tower of an aircraft carrier as Bush, wearing a flight suit, inaccurately announced victory and an end of combat in Afghanistan, presumably so he could focus on his new war in Iraq. As the Taliban had not attacked or threatened America, had no means of doing so, and were even willing to turn over “their guest” Osama bin Laden to US justice after the bombing of the USS Cole in late 2000, they were hardly a formidable foe. The Bush Administration refused the offer to surrender bin Laden on four occasions before 9/11 and once more five days after the attack because it wanted a war. Given all of that backstory, what Bush and his posse of Cheney, Rumsfeld, Rice, Wolfowitz, Tenet, Feith, Powell and Libby did was indisputably a war crime. And they followed up with fake intelligence to justify a second war against Saddam Hussein, who had also sought to avoid war by offering to go into voluntary exile. The Nuremberg tribunals considered aggressive war against an unthreatening nation to be the ultimate war crime. That would make it an ultimate war crime times two, not to mention the killing of civilians and torture that went along with it. And President Barack Obama added to that toll by subsequently destroying an unthreatening Libya. Unfortunately, many of those war criminals from the Bush and Obama cliques who are still alive are sitting fat and pretty in retirement or in lucrative private sector positions while the only ones who have been punished are the whistleblowers who tried to stop the madness.

George W. Bush is not particularly good at apologies so it is not surprising that he did not deliver one regarding the war he unnecessarily started and even more unnecessarily prolonged through the US occupation. In his view, the US should now remain in Afghanistan and he claims to be worrying about what will happen to Afghan women in particular and to the growing number of refugees, who he opines should be allowed to enter the United States. His statement includes a tip of the hat to the armed forces: “Many of you deal with wounds of war, both visible and invisible… And some of your brothers and sisters in arms made the ultimate sacrifice in the war on terror. Each day, we have been humbled by your commitment and your courage. You took out a brutal enemy and denied Al Qaeda a safe haven while building schools, sending supplies, and providing medical care. You kept America safe from further terror attacks, provided two decades of security and opportunity for millions, and made America proud. We thank you from the bottom of our hearts and will always honor your contributions.”

The delusional Bush makes it all sound like a mission of mercy which inter alia destroyed a ruthless enemy preparing to strike and kept America free of terror, none of which is true but it certainly sounds nice. But what is really interesting is how the fall of Afghanistan is being used by some to hype Bush’s war on terror, making the case that it is now more important than ever to strengthen US counterterrorism efforts. Which is another way of saying, “keep the cash flowing!” Those who have a vested interest in the war on terror are warning that the Taliban’s rapid takeover of Afghanistan has raised concerns relating to a possible resurgence of terror groups that might once again use the country as a home base. The frequently wrong on every issue General Mark Milley, the chairman of the Joint Chiefs of Staff, has said that “the United States could now face a rise in terrorist threats from a Taliban-run Afghanistan.”

Of course, if that were the case, Afghanistan might well face a bout of heavy strategic bombing by the United States, so there is not exactly an incentive for them to do something that provocative. Nor do they have the resources to act outside their own borders and they presumably would not welcome any of their “guests” provoking another US invasion.

Milley’s dumb comments on Afghanistan, to include the astonishingly wrong claim that US intelligence did not report in extenso the sorry state of the Afghan Army and the imminent collapse of the government, demonstrate that ignorance on major issues relating to foreign policy is not limited to those who call themselves Republicans. Secretary of State Tony Blinken insists that the retreat from Kabul is not a replay of Saigon, nor were the withdrawal plans, such as they existed, “botched.” Word in Washington is that Blinken will be the designated fall guy for the disaster to protect his boss.

Apart from the Afghanistan fiasco, stupid extends to how the government operates, particularly in Congress. In a recent memo to supporters and constituents Virginia Democratic Senator Mark Warner, who heads the Senate Intelligence committee described his top priorities. Three of them are quite interesting. They are: “(1) Root out anti-government extremism, including the white nationalist militias who participated in the January 6th insurrection at our Capitol; (2) Rebuild intelligence community agencies and departments that were understaffed and under-resourced in the previous administration, and (3) Depoliticize our intelligence-gathering apparatus, so these tireless and patriotic public servants can stay above the partisan fray and focus on their jobs: defending the American homeland.”

Enough has been said about the Democratic Party’s obsession with putting white Americans in their proper place, which is some deep hole where they can be ignored and berated as necessary. Purges are already taking place at the Pentagon and at the Justice and Homeland Security Departments. But Warner’s stated “priority” to engage in the rebuilding of an intelligence community that has seen its budget grow year after year comes as somewhat of a surprise. Perhaps it needs the extra cash to root-out those pesky whites. And finally, “depoliticizing” intelligence gathering has to be something of a joke, coming as it does from the party that did the most to politicize it in the first place under President Barack Obama working hand-in-hand with the Democratic National Committee and the Hillary Clinton campaign to promote the Trump-Russia collusion hoax. I suppose Senator Warner does not see the party in power using the CIA, NSA and FBI to discredit an opponent and destroy his campaign as politicization. Or you can always blame it on the Russians.All in all, we have had a fine team working in harmony to protect the American people. Hopefully the time they spend in prison somewhere down the road will not discourage them and they will emerge with their brilliant insights fully intact. With leaders like Bush, Milley, Blinken and Warner, what could possibly go wrong?

The website is https://councilforthenationalinterest.org address is P.O. Box 2157, Purcellville VA 20134 and its email is inform@cnionline.org