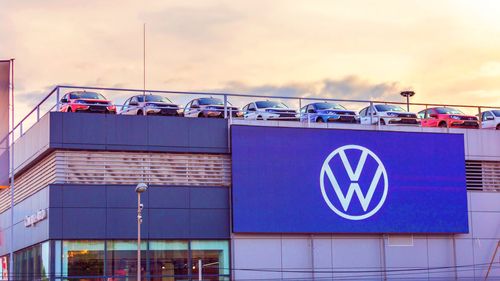 In July, the Eurozone’s manufacturing sector turned out 2.3 percent fewer goods than in June, the biggest one-month drop since April 2020 during the early days of the COVID War, Eurostat, the European Union’s statistics agency reported.

The drop was more than twice the 1 percent forecast by economists Reuters had polled and was attributed to an especially sharp decline in Ireland as well as energy prices that have quadrupled or more in recent months.

Ireland’s 18.9-percent plunge was due to a severe cutback among the many pharmaceutical companies headquartered there to take advantage of the country’s well-educated, English-speaking workforce, business-friendly tax structure, and location within the European Union.

Excluding Ireland, the bloc’s factory output was down 0.6 percent.

The slide ended three consecutive months of expansion and sunk the region’s output 2.4 percent that of a year earlier and even below pre-COVID levels.

The decline would have been more dramatic if production had not increased in the energy and consumer-durable sectors, including clothing and food.

“Energy-intensive industries are struggling more than most, with output almost 4 percent lower than at the start of the year,” Jessica Hinds, an economist at Capital Economics, said in an FT interview.

“Further contractions in industry are on the horizon,” Oxford Economics analyst Rory Fennessy said to the Financial Times.

Companies will “be forced to cut back production even if hard [energy] rationing is avoided.”

The 19-member Eurozone’s economy will contract this quarter and not expand again until at least the first quarter of 2023, many economists have predicted, the FT said.

Another rule: as inflation goes up, economic productivity goes down.

European manufacturers will remain constrained by those two rules through at least the rest of this year.

The European Central Bank has ended eight years of negative interest rates and is trimming its bond portfolio at a time when the continent is in the throes of inflation running at a 40-year high and rooted in a full-blown energy crisis that has worsened by Western sanctions against Russia.

Also, as the Ukraine war continues the food and manufactured goods for which Europe has depended on Ukraine will not return. As a result, Europe’s factories will struggle to find alternative suppliers and will try to survive on lessened outputs for months to come.