THE “DECLARATION” TRASHING THE FUTURE OF THE INTERNET 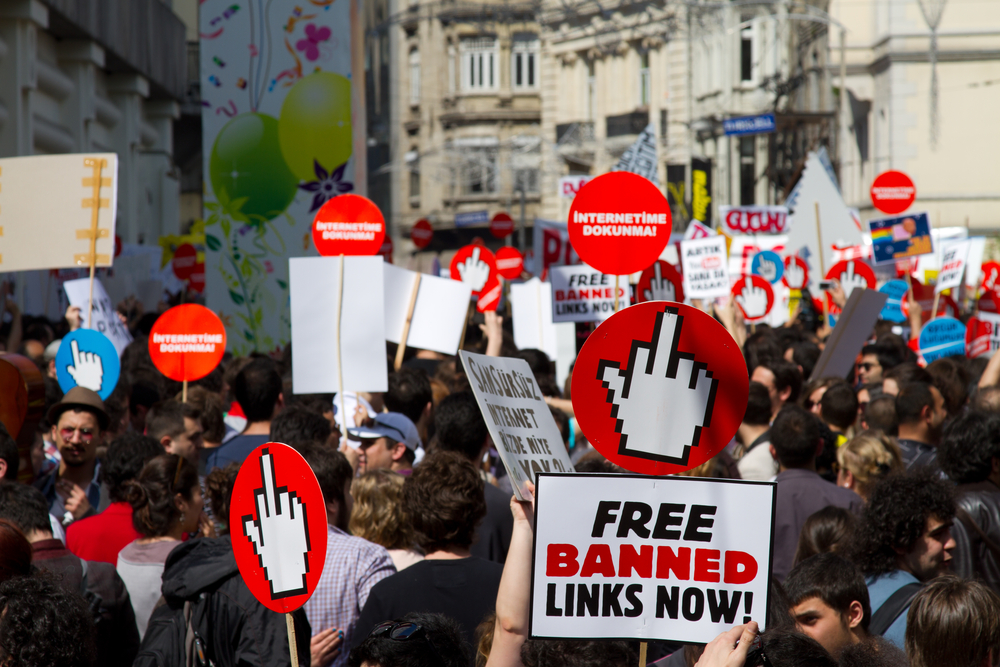 Here’s a spoiler: it's not declaring freedom from tyranny, it’s creating a new International consortium to crush it.

Yes, that’s the Biden Administration’s “Declaration for the Future of the Internet,” which it rolled out last week just after its announcement of the creation of a domestic “Disinformation Governance Board.”

The Declaration establishes a new international group to cooperate in policing political dissent under the guise of combating “dangerous disinformation,” while claiming in Orwellian fashion that it is meant to guarantee freedom.

With the new international Ministry of Truth, truth has already been the first casualty, slaughtered right there in the founding document.

Announced on Wednesday in a National Security Council briefing, a senior Biden administration official revealed that over 50 countries have already signed on to participate in the “Declaration for the Future of the Internet” initiative:

“The US and partners endorsing this declaration will work together in the weeks, months and years ahead to implement these principles to promote this vision globally, while respecting each other's regulatory autonomy within our own jurisdictions and in accordance with our respective domestic laws, international legal obligations.”

According to government and big tech web platform conduit NextGov, the The Declaration “is modeled after principles belying other multinational organizations like the United Nations, World Trade Organization and the Group of Seven.”

“Russian Collusion” was falsely and corrosively deployed by the Hillary Clinton Campaign in 2015 to undermine and hobble the Trump presidency, and was largely successful.

Russia has now become the false pretext to democratic freedoms in Western nations on a much wider scale.

The new international internet policing consortium is being framed as a response to Russia's “physical and digital invasion” of Ukraine, according to NextGov, which noted that internet infrastructure is being attacked as part of the ongoing war.

China was also mentioned as a reason for the creation of the supposedly democratic “Declaration.”  But until now Western democracies have not only cared little about holding China to account for crushing the digital freedoms of its billions of citizens.

In fact, the West has increasingly adopted the Chinese model.  And the Declaration is very arguably actually another step in that direction, though the Biden administration was quick to claim otherwise.

The spokesperson at the NSC briefing admitted that the Biden Administration considers the coalition to be as a response to “divisiveness” seen online amid not only Russia-Ukraine, but the ongoing COVID War.

In other words, those who have been opposed to all the lies and disinformation of Big Pharma and Authoritarian “democracies” enforcing lockdowns, mask wearing and forced vaccinations are the kind of targets the Declaration means to nullify.

But to “save” the Internet, it appears the Biden Administration will work with other nations to lead its destruction:

“We're not here to splinter the internet, but frankly to save it from splintering,” the spokesperson tried to spin the ugly truth. “The internet was originally a network of networks designed to interconnect everyone and we think there's extraordinary value in that and we're here to try to restore that vision.”

As reported by NextGov, officials at the meeting talked in rosy terms about the new partnership aiming to eliminate civil rights abuses such as illegal monitoring, internet connection obstruction, and censorship.

But of course, what they do is much more important than what they say.  The U.S. has been caught lying repeatedly concerning its twisting of its intelligence apparatus as an internal comprehensive spy network.

They have pressed for social media platforms not only to ban news outlets of other countries, like Russia’s RT, but have smeared domestic news outlets like ZeroHedge and InfoWars, where Trends Journal publisher and founder Gerald Celente has long been a weekly voice for truth, freedom, peace and justice.

Trends Journal readers have been given a heads up for quite a while now concerning the steps the Biden Administration has been taking to use “Dangerous Disinformation” and “Misinformation” as a weapon to destroy rights of Americans guaranteed in the U.S. Bill of Rights.

For previous stories related to and presaging this disturbing new development, see: