THE COLONIZATION OF THE AMERICAN PSYCHE 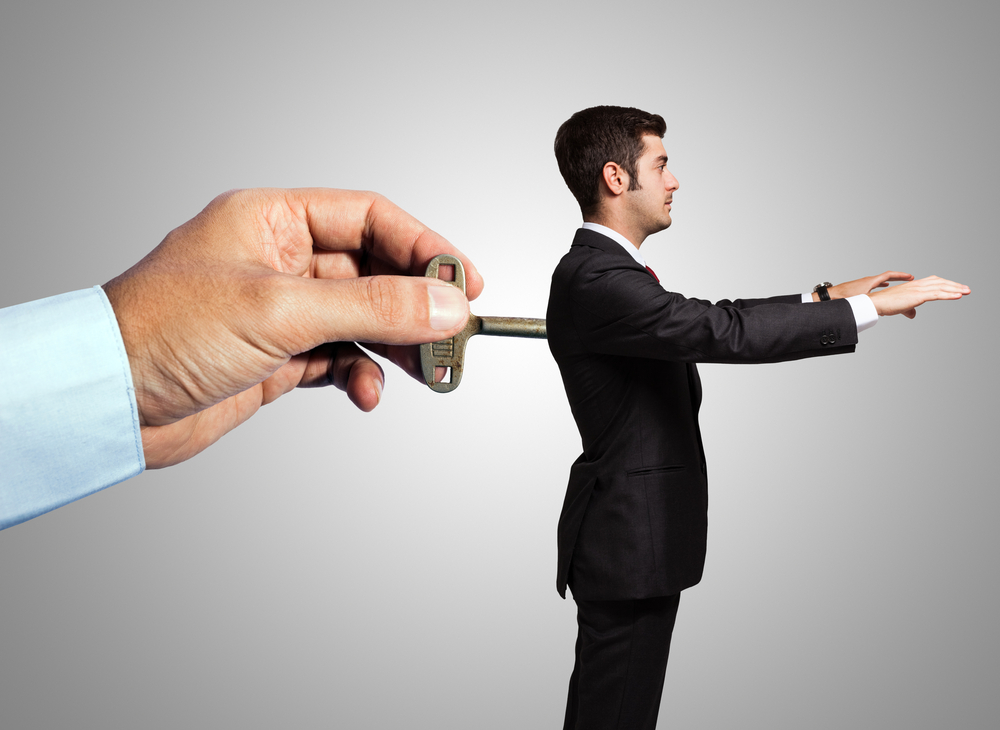 We delude ourselves at our own peril by wrongly believing that government policy makers and the captains of private finance and industry are older and wiser. Because these people have managed to reach the top of their game, we assume they possess the intellectual acumen to steer a nation past its economic and social ills.

We falsely believe they have the comprehensive skills to tackle the dire challenges that lie ahead such as a warming planet, growing cultural divisions, and an economic system on the verge of total collapse.  But as the years go by, more and more Americans are mounting questions with no realistic answers in sight.

People feel we are charging blindly towards unaffordable energy costs, food insecurity, out-of-control debt and runaway inflation.  We realize we can no longer rely upon our leading institutions and the mainstream media. Our politicians constantly voice promises that are never fulfilled.

We need to realize that the colonialist perspective, which has dominated American history since its founding, cannot be completely divorced from government efforts to manipulate and control factions within the population.

A colonialist mindset can never offer constructive solutions to solve problems. Promoting common ground to simmer disharmony between seeming oppositional segments of society is counterintuitive to colonialism. Rather it must rely on instilling discord, conflict, and eventually violence, either psychological or physical, in order to keep conflicts alive, which in turn validate further control, surveillance and heavy-handed measures. Our nation's leaders and institutions believe they are the adults in the room and we their children deserve their tough love.

Consequently whatever can be weaponized in order to manipulate the sensitivities of others to keep conflicts alive is fair game. The emotions behind racial and gender tensions are weaponized to keep people divided. For example, Biden wants to criminalize parents who oppose school boards that seem determined to sexualize grammar school education.

Religion has been weaponized whereby authentic religion barely exists in the American landscape anymore. Politicians on both sides of the aisle weaponize any issue contrary to their ideological goals. The Covid pandemic's controversies are manipulated so that science is weaponized against itself.

Physicians and medical professionals who disagree with the pandemic's lockdowns, drug treatments, vaccine mandates and the wet market theory about the SARS-2 virus' origins, are censored, demonized and threatened with the loss of their medical licenses. However there are always blowbacks and serious repercussions when others are weaponized in order to colonize a perceived enemy psychologically or by physical force.

A fundamental problem is that the average person expects very simple solutions to otherwise extremely complex problems. Regardless of the political divide, people expect instant transformation to be backed immediately by legislation.

They want their emotional biases and self-righteous beliefs to be written into law. And the easiest solution is to create a scapegoat and then keep the victim alive and wandering in the wasteland until the problem reaches its final solution.

Nazis colonized the German psyche by scapegoating Jews, gypsies, and members of the LBGT community. But of course a final solution is never reached constructively and inevitably leaves catastrophic destruction in its wake.

Instead we are led to a more rapid breakdown of the remaining threads of democracy. The educational system, the nuclear family, and the very moral fabric that keeps a culture healthy and vital helps avoid collapse. Inescapably, whoever is the aggressor generates its own negative and destructive identity.

The new cancel culture, which has now been absorbed into the federal government, has become the very cancer of hatred and vitriol it tries to marginalize and eradicate. One party or the other becomes vehemently juxtaposed to the opposing party as an enemy to be abolished; eventually that party identifies subliminally with the very pernicious characteristics it blames on its enemy.

The powerless seize power by demonizing those less powerful. What we are witnessing is American culture being displaced by a hyperactive Hollywood dystopia.  People are displaced by technological robotism.

Perhaps it is time to regard our nation's politics as grievously and mentally unstable. For many people this is self-evident. The U.S. is the world's most anxious, depressed and mentally disturbed nation. Despite the widespread use of psychiatric drugs to palliate symptoms and enormous resources spent to tackle the epidemic of mental disorders, Americans’ psychological health continues to worsen.

Our ruling institutions believe they understand their own psychology but they are unquestionably clueless. The psychological fragmentation and creation of divisions in American culture are sometimes viewed as the Balkanization of American culture. This doesn’t suggest that the powers that be desire to carve up the nation into separate regions hostile and uncooperative with each other. That is counter-intuitive for any government or corporate ambition to strengthen political and economic control over a population.

Nevertheless it has resulted in the red and blue factions becoming more distinctly divided and hostile. The Balkanization of the American psyche is the unwanted consequence of a mentally unsound political apparatus and an equally psychologically unstable media.

Perhaps it is more accurate to regard the belligerent quagmire of factional animosity towards the “other” as a fascist colonization of the American psyche. After Trump’s surprising 2016 electoral win, book sales dealing with fascism soared. Sales of Hannah Arendt’s Origins of Totalitarianism and Orwell’s 1984 skyrocketed.  However we should be very wary of our choice of words and the real life definitions we give them.

Rather than assuming the reemergence of an early 20th century fascism on American shores, perhaps we might consider the term Americanism as a unique fascist ideology contrary to and in opposition to the Constitution.

Similar predictive warnings were not uncommon in the 1930s. The prominent social commentator H.L. Mencken gave a similar prediction. Writing for the Baltimore Sun, Mencken wrote:

“My own belief, more than once set afloat from this spot, is that it will take us, soon or late, into the stormy waters of fascism. To be sure, that fascism is not likely to be identical with the kinds on tap in Germany, Italy and Russia; indeed it is very apt to come in under the name of anti-fascism.”

In her 1939 Harper’s Magazine article, Lillian Symes wrote about Huey Long’s suspected prediction that “Fascism would come to America in the name of anti-fascism” (a quote often wrongly attributed to Winston Churchill):

“If a fascist movement ever triumphs in America it will undoubtedly triumph in the name of our most popular slogan – Democracy, and under the leadership of some such “friend of the common people” as the late Huey Long…. Whoever its angels and whatever their purpose, it will speak the language of a populist left.”

The fragmented Balkanization of the American psyche has certainly given rise to warring populist factions. The triumph of cancel culture, in groups such as Antifa, the radicalized factions in the race-based and gender movements, the White Fragility phenomena, and Silicon Valley social media censorship is evidence of a new emerging authoritarian Americanism growing within the ranks of the left’s liberal populism.

“The American fascist would prefer not to use violence. His method is to poison the channels of public information. With a fascist the problem is never how best to present the truth to the public but how best to use the news to deceive the public into giving the fascist and his group more money or more power... They claim to be super-patriots, but they would destroy every liberty guaranteed by the Constitution… Their final objective, toward which all their deceit is directed, is to capture political power so that, using the power of the state and the power of the market simultaneously, they may keep the common man in eternal subjection."

Wallace believed that the greatest weapon to prevent fascism was to prioritize the importance of human well being above dollars and profit. He saw evidence that ‘fascism in the postwar inevitably will push steadily for Anglo-Saxon imperialism and eventually war with Russia.”

Although such a war would never erupt during America’s Cold War against the Soviet Union, Wallace’s warning now seems to be at our doorstep. “Already American fascists,” Wallace wrote, “are talking and writing about this conflict and using it as an excuse for their internal hatreds and intolerance toward certain races, creeds and classes.”

If Wallace could hear the venom spewed by the neo-con cartel surrounding Biden in the Oval Office, he would certainly see America’s fascist moment on hand. However, domestically, the ultimate goal of American political conceit and elitism is to impose homogeneity across society.

Thus we observe the government imposing an aberrant universal vanity not only on its own population but repeatedly upon other nations through electoral interference and military or intelligence intervention.

Another obstacle is that America’s attention skills are direly week. Most Americans emotionally react to wherever the headline of the day leads them. Their priorities about the nation’s most urgent challenges shift and change dramatically.  For example, when the economy is strong, global warming and the preservation of the environment are high on people’s lists.

Today with rising popular uncertainty, confusion and aimlessness, the percentage of people who place climate change as the single most important threat barely reaches double figures. It is only the most conscientious among us who are aware of how our activities and habits contribute to greenhouse gas emissions and the depletion of the environment.

Our international climate change summits are utterly worthless. They are little more than week-long seminars for world leaders to learn more platitudes and more talking points for political campaigns and press conferences. Since no nation is held legally accountable by international environmental treaties, everything is voluntary and nothing essential is done. It is all smoke and mirrors to cover over Washington’s guilt.

Fortunately distrust in government and the media is growing exponentially. Yet sadly this will not solve our population’s growing disorientation in USA's new no-man's-land.

Similar to the warnings given seven decades ago, the American media has been fully captured by private and secretive national security interests. We hear the dreaded dirge of a single official mantra; that is, increase irrational hope, surrender your independence and individuality, leave your reason at the door and obey your elected leaders and the unelected cartels that keep them in office.

Only a tiny percent of the US population actually controls the larger national dialogues and agendas, both domestic and foreign. But a new generation of technocrats, groomed in the halls of the culture wars of division, condemnation and conquest are now entering the halls of government, finance and corporate boardrooms.

These are new shock troops that are leading the assault to colonize the American psyche, the mass formation of a distinctly American hive mentality, that forebodes far worse things to come in the near future.