THE AI LEGISLATOR YOU DIDN’T VOTE FOR 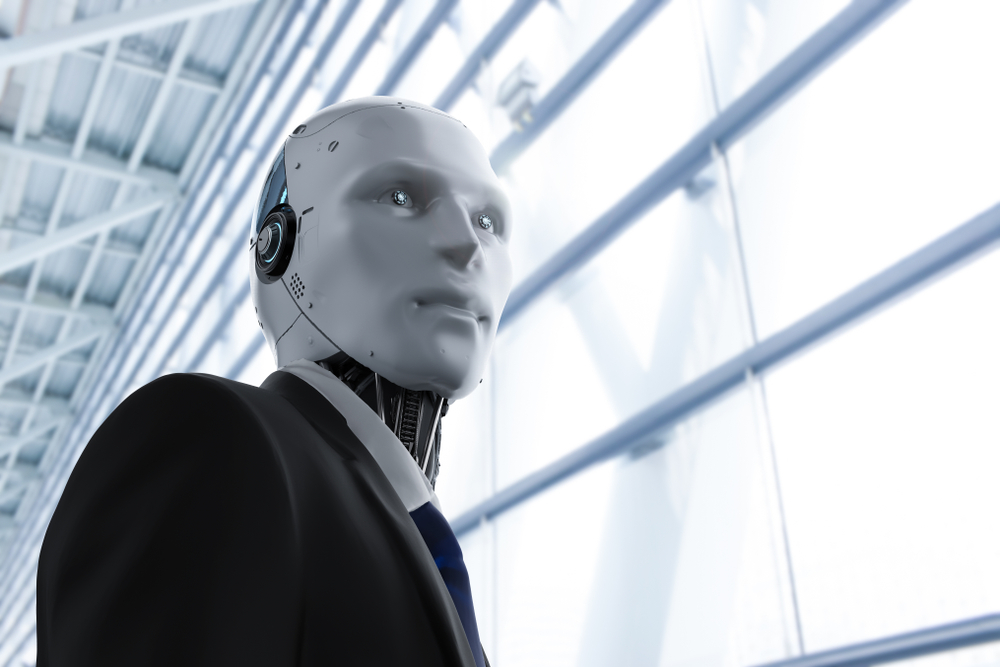 Congress has been formally briefed on a proposal to have Artificial Intelligence advise members on legislation, as well as other tasks now handled by Congressional aids and workers.

The proposals were discussed at a hearing of the House Select Committee on the Modernization of Congress, held at the end of July, as noted by NextGov, a government - corporate collaboration and reporting web platform.

Joe Mariani of Deloitte, a company heavily focused on commercial AI applications, pitched the technology for a wide range of potential—and potentially controversial—uses, including analyzing impacts of potential legislation, uncovering “unspoken values and assumptions,” and even simulating complex issues and how different implemented legislation might play out.

“Ultimately, these simulations can help members agree on what they disagree on,” Mariani told Congress in his testimony. “In fact, there’s even evidence that just experimenting with these models alone can help drive consensus on emotionally charged issues.”

Can They Even Do That?

The idea that the tech industry is lobbying to introduce AI legislative advisors to Congress, and that Congress is considering it, is likely to be concerning for many, as even participants at the hearing acknowledged.

There are multiple serious legal and ethical issues and problems that such use of AI would present.  Among them:

Concerning pressure on legislators, the COVID War amply showed how dubious, ridiculous and outright dangerous and destructive policies were imposed by authorities under the guise of “unarguable science,” not to be questioned.

It’s easy to see how supposedly objective “science” of AI determinations might well be wielded as a bludgeon against legislators who bucked them.

No Such Thing As “Objective AI”

As to AI biases: the election battle of 2016, the concocted “Russian Collusion” narrative that hamstrung Donald Trump for much of his presidency, the gross manipulations surrounding the 2020 election, the abuses of COVID War, and the suppressions of opinion bucking the narrative of the Russia - Ukraine conflict, all point to a sorry bias of big-government aligned tech and and media corporations.

In every one of those cases, the largest tech-controlled social media platforms, as well as legacy media, exhibited corrosive biases that penalized dissident voices, and the truth itself, to support particular narratives and viewpoints.

The political nature of the conspiracy, which included funneling vast amounts of money and in-kind corporate contributions and actions to aid Biden, subverted election finance laws and the election itself. It was secret by design, as Time described.

One tech CEO alone, Mark Zuckerberg, funneled half a trillion dollars into the effort.

“Dangerous Misinformation” emerged as the rhetoric justifying a big government orchestrated censorship of the American citizenry, in both the election of 2020, and the COVID War.

Tech companies have engaged in a largely one-side purge and suppression of right-of-the-aisle voices, personalities and perspectives from their platforms.

Prominent politicians like Senator Rand Paul and Ted Cruz, not to mention Donald Trump, were censored.

“I’ve covered extremism and violent ideologies around the world over my career. Have never come across a political force more nihilistic, dangerous and contemptible than today’s Republicans. Nothing close.”

Hayden shared and endorsed the comment on Twitter, saying “I agree. And I was the CIA Director.”

…check that. Turns out, that plot wasn’t really concocted by Trumpists, but by the FBI’s entrapment brigade. As journalist Julie Kelly notes, the story, eaten up by the press at the time, was intended “to produce negative news coverage for Trump while millions of Americans were voting for president in 2020; the president was accused of inspiring ‘white supremacist right-wing militias’ to take out one of his most loathed political adversaries.”

Big government and tech media manipulation has reared its ugly head anew during the Russia - Ukraine conflict. Russian affiliated news outlet RT was banned from major social media platforms. ZeroHedge and others have been smeared as “Russian assets.”

To illustrate that extreme bias and suppression of information related to the conflict, try entering “examples of American suppression against pro russia opinions” as a search phrase on Google, the dominant search engine used by Americans. The results are pure propaganda.

As former Hawaii congresswoman and presidential candidate Tulsi Gabbard observed in March 2022, "What is happening here is not so different from what we're seeing happening in Russia, where you have got state TV and controlled messaging across the board."

Gabbard herself has been smeared as a “Russian asset” by Hillary Clinton and others for contrarian views.

Now consider: many of these same corporations censoring and vilifying broadly held beliefs of Americans, are among the leading developers of AI.

The corporations acknowledge that they are training AI to have clear biases with regard to politically charged issues involving “equity,” “gender,” the environment, ESG (Environmental, Social and Governance) agenda policies, etc.

Of course, true to Orwellian form, this programming is portrayed as combatting biases. California Berkeley’s Center for Equity, Gender and Leadership, for example, lays out a roadmap for politically correct AI development, under the guise of Mitigating Bias in Artificial Intelligence.

In sum, woke training of AI, and woke use of AI to police corporate policies and public discourse, is becoming quickly embedded into society. And AI legislative assistance represents a next step in that alarming trend.

One thing the Berkeley playbook on programming woke AI had right was the metastasizing use of AI in societal decision-making. It noted:

“AI is increasingly employed to make decisions affecting most aspects of our lives, particularly as digital transformation is accelerating in the face of COVID-19. AI informs who receives an interview for a job, whether someone will be offered credit, which products are advertised to which consumers, as well as how government services and resources are allocated – such as what school children will attend, who gets welfare and how much, which neighborhoods are targeted as “high risk” for crime, and more. For emergency response to COVID-19, AI is helping identify the virus, inform allocation of resources to patients in hospitals, and support contact tracing.”

The growing prevalence of AI in political decision-making, as well as private corporate processes, is already happening.

It was inevitable that the push would sooner or later enter the halls of the highest legislative-making body in the land.

But what is legal and legitimate for private entities or persons is a different matter when it comes to our elected representatives. America’s Constitution vests ultimately authority with the People, not Artificial Intelligence spawned by corporate and bureaucratic government alliances.

Unfortunately, it’s all too easy to predict a slippery slope of ceding decision-making to a “superior” and “bias-free” Artificial Intelligence. This new encroachment on the rights of American citizens to self-government, can be pretty directly traced back to the same forces that have been so instrumental in welding NGOs (Non-Government Organizations) to wrest power from voters and democratically elected bodies, to non-elected elites, over the last 50 years.

AI being plied as an intermediary shields charges of influence from the usual suspects.

At the House Committee hearing could well be a harbinger of “AI legislators,” Derek Kilmer (D-Wash) only vaguely admitted that there might be reasons to be uncomfortable with the idea of AI guiding and even deciding policy.

“In addition to focusing on what seems doable, we need to think big,” Kilmer said in his remarks. “We should be open to creative problem-solving and to considering ideas that fall outside of our comfort zones.”