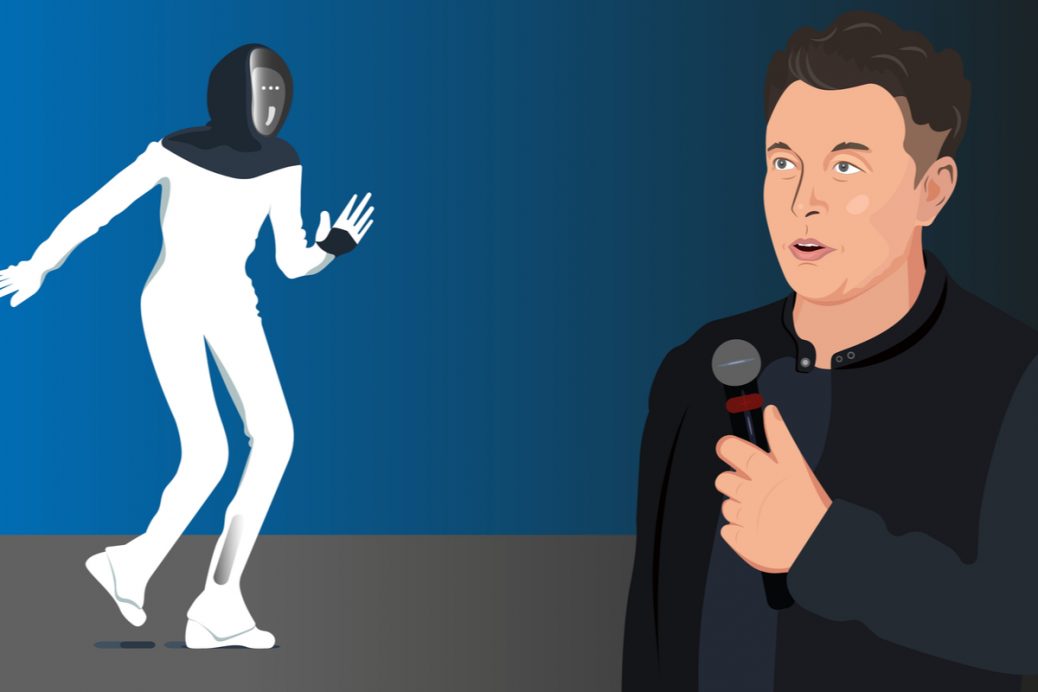 Robot cars aren’t the half of it.

It’s no secret Elon Musk is out to mainstream robotics beyond electric cars and AI-powered auto-driving and driverless technology. His Tesla bot vision calls for robots to take on many jobs and tasks currently performed by humans.

Musk was an early force in OpenAI, originally an open tech AI project that has since changed its model to be more commercial, and decidedly less open.

OpenAI has come out with some stunning AI innovations, including DALL·E 2, an AI system that can create realistic images and art from natural language instructions.

Yes artists and writers might be just as outmoded by AI in the not too-distant future, as manual laborers and countless others.

One of the more interesting theories thrown out there concerning Musk’s Twitter buy posits that he will use the platform to condition the world to see a deep integration of AI powered robotics into the daily life of every human as a positive and good thing.

A YouTube video on advances in robotics covered a lot of the ground of Musk’s vision in under fifteen minutes.

One of the more disturbing moments in the video involves discussion surrounding the use of AI powered “artificial wombs” to gestate human life.

Musk has been vocal about what he sees as a de-population time bomb endangering humanity via plummeting birthrates. He’s just the technologist to back saving humanity with such an outlandish and creepy solution.

A female commentator in the video framed artificial wombs as being a hugely positive development for women's health and women's rights.

She argued that women would be better off avoiding the dangers of natural pregnancy, a danger men don’t have to face.

Some might see separating females from one of the fundamental natural purposes and processes of their body, and of natural human life, as something other than “empowering.”

It could be argued that artificial wombs are a corruption of natural motherhood that is sure to further dehumanize natural human relationships, in an age already made paranoid by fears of “virus.”

Then too, women are not exactly the gender losers in terms of life and safety, compared with men.

They enjoy longer life expectancy, and are more likely to be college educated.

Men suffer nearly all occupational deaths in the U.S. (and many other countries), as compared with women.

According to the Bureau of Labor Statistics, men accounted for 92.5 percent of all workplace fatalities from 2011 to 2015.  Nearly five thousand deaths per year.

But Musk’s vision for the use of robotics and AI might just be willing to frame issues in almost any fashion, if it means pushing the technology into the mainstream on every front.

He has said that fully expects there to be androids in every home in the very near term.

If Musk’s own life is any indication, the question of who derives wealth and power from the age of robots is a nightmare scenario the world doesn’t need any more of: concentrated power and wealth in the hands of a very few.

For more, check out: