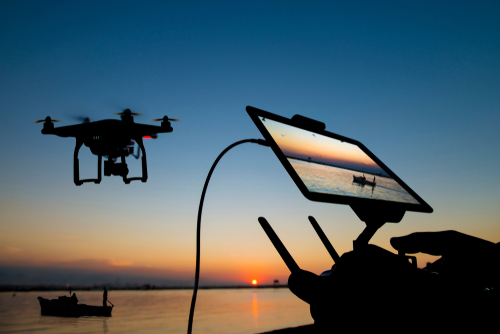 Taipei has been watching the Ukraine War unfold and is discussing strategies on how it would best respond to an invasion from China, which has a much larger military.

Taipei has traditionally looked to expensive missile systems to repel an invasion. Taiwan spent a record $17 billion on its military in 2022 and, in January, its parliament approved $8.6 billion more that will be earmarked for precision missiles and high-efficiency naval ships.

But Taiwan has seen the relative success that Ukrainian troops are having in defending Kyiv and could turn more of its attention to guerilla warfare, The Wall Street Journal reported.

Taiwan has been particularly impressed with Ukraine’s use of drones, the report said.

“When we look inside the urban warfare in Ukraine, the anti tank and anti aircraft equipment possessed by individual soldiers is actually playing a big role in deterrence,” Wang Ting-yu, a lawmaker in Taiwan, told the paper. He has urged the U.S. to rush the four MQ-9 Reaper drones ordered in 2020.

Taiwan may also compel men on the self-ruled island to serve longer in its military due to the ongoing threat of a Chinese invasion. The paper said 70 percent of the population approve extending the mandatory service from four months.

TREND FORECAST: We have pointed to numerous articles that explain Taiwan is simply no match for the much larger and deadlier Chinese military. China spends 25 times the amount Taipei does on its defenses. China also has a hundred times as many ground-force troops as the island.

Even with the military support from the U.S. which has not won a war since World War II and cannot even win against third-world nations, such as Afghanistan, Taiwan would be outmatched by its larger rival.

And while the U.S. and its allies have sent billions in munitions and money to support Ukraine in its fight against Russia’s invasion... while the alliance said they would defend Taiwan if China were to attempt to militarily take it over, in reality, we forecast it is more talk than action.

TRENDPOST: The Trends Journal has reported extensively on the tension between Taiwan and China… and the U.S.’s unclear position on the matter. (See “CHINA WON’T STOP AT TAIWAN, SO WHERE SHOULD THE U.S. DRAW THE LINE,” “WILL CHINA SOON INVADE TAIWAN?” and “TAIWAN MILITARY RAMP-UP WILL NOT STOP CHINA.”)

The Ukraine invasion has increased tension between Beijing and Taipei.

Taiwan announced Friday that it will donate $1 million to countries that have taken in refugees, including Slovakia, the Czech Republic, Lithuania, Latvia, Taiwan News reported.

Beijing has accused the Democratic Progressive Party in Taipei of attempting to use the war to “validate their existence and piggyback on a hot issue, taking advantage of others' difficulties."

Taiwan President Tsai Ing-wen announced that she will donate a month’s salary to the humanitarian effort for Ukraine.

China's relationship with Russia has taken on a new importance after the invasion, and Beijing's refusal to condemn the invasion has irked the U.S.

Taiwanese Foreign Minister Joseph Wu told reporters that China has been cautious because it does not want to see the collapse of Russia.

“We can think about it this way: if China sees Russia collapse, is that good or bad for them? I believe the Chinese government, and many Chinese people, might find that hard to take,” he said, according to Newsweek. “If Russia collapses, China would be alone in facing Western scrutiny of its expansionism. Even if the Chinese government doesn't approve of Russia's actions, it is difficult for them to put any sort of pressure on Russia. They are afraid Russia will collapse."

TRENDPOST: There was a telling scene that occurred last week in Taipei that perfectly illustrates how the U.S. antagonizes from behind the scenes.

It was a light moment when Joseph Wu, the Taiwanese foreign minister, addressed China's disapproval of the aid that was raised for Ukrainians. He told the audience, which was comprised of Ukrainians and senior European diplomats, that an unnamed U.S. diplomat previously based in Taiwan told him: "You must be doing something right when the Chinese government is upset."

It raises the question: Is it good foreign policy for the U.S. to continue to antagonize China and Russia?

Alas, more war, no peace makes the military-industrial complex very happy—and some members of Congress, too.

The report pointed out that these weapons manufacturers have been tapped by the U.S. to send arms to Ukraine.

The report identified Rep. John Rutherford who bought between $1,001 and $15,000 in Raytheon stock on 24 February, the day Russia invaded.

Rutherford tweeted the following on the same day of the purchase:

"Putin invaded a sovereign nation for no legitimate reason, & he must be held accountable. The U.S. and our allies must impose the maximum possible sanctions & leave nothing off the table."