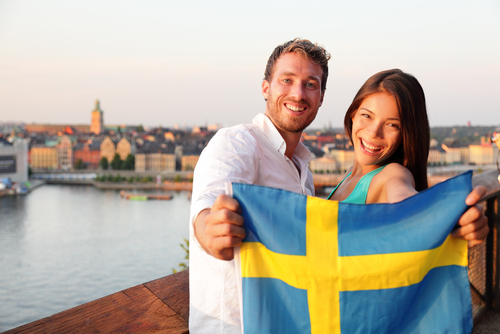 Anders Tegnell is the chief epidemiologist of Sweden, and is responsible for that nation's COVID-19 policies, under which there were no formal lockdowns, schools remained open, and personal freedoms were not curtailed as they were elsewhere, such as in neighboring Finland, Denmark and Norway; see "SWEDEN BUCKS TREND: OPEN FOR BUSINESS" (31 Mar 2020).

Right from the start, Tegnell was harshly criticized and the Swedish approach was deemed a failure; see "PRESTITUTES BAD-MOUTH SWEDEN" (14 Jul 2020).

As reported by the Financial Times on 11 November, Tegnell is facing growing internal criticism for letting COVID-19 spread faster than in other Nordic countries, but he defends his policies on the grounds that they did little harm compared to neighboring countries and to Europe.

Tegnell told the FT that Sweden had fewer excess mortalities than much of Europe, and asked, "How much good did all these [other countries'] draconian [measures] do for anybody?"

An official commission in Sweden is now investigating Tegnell's policies, but will not pass judgement until next year. Meanwhile, a former leader of the populist Sweden Democrats has pronounced that Tegnell had been "completely wrong" and that the commission's judgement would be "very harsh."

TRENDPOST: The Presstitute media keeps blasting that Sweden experienced a higher COVID death rate than its neighbors Norway and Denmark. But rarely do they mention that it was lower than that of Spain, France, the U.K., Italy or even Belgium, all of which locked down and continue to impose COVID mandates, such as No Jab, No Job, no eating in restaurants, banned from events, trains, planes etc.

Everyone, Tegnell included, agrees that where Sweden's early COVID policies did fail was in protecting the elderly; during the first six months, 89 percent of the country's COVID-19 deaths were people over 69 from elder care homes and people suffering from pre-existing chronic health conditions.

After that, measures were put in place to better protect such persons, such as a six-month ban on visits to nursing homes (which was lifted on 1 October 2020). But Sweden learned to protect those most vulnerable while not impacting the lives and livelihoods of those least likely to die from the virus; see "U.K.: ELDERCARE RESIDENTS NOT PROTECTED" (2 Mar 2021).

And, as we had forecast when the COVID War began in 2020, it was the elderly that were dying in hard locked-down Italy and the virus hit eldercare homes in Kirkland, Washington when it hit the United States.

The FT says that, currently, Sweden's infection rate exceeds that of France, Spain or Italy, and Sweden is watching with concern the reported rise in infections in unvaccinated persons in Denmark and Germany. But Sweden's infection rate is still lower than much of central and eastern Europe (the FT article doesn't mention current death rates).

Nothing But The Facts... Which are Ignored

Tegnell told the FT that Sweden had fared worse than the other Nordic countries because of demographics; that despite sharing history and similarity of language with its Nordic neighbors, Sweden is more like the EU countries in having more migrants from outside the EU and more poor people. “Covid doesn’t care about history or language, it cares about socio-economic status or migrant backgrounds or crowded housing," he said.

He also told FT that a resurgence of COVID-19 was expected this winter, but that any measures taken, such as closing down restaurants or theaters, or telling people to work from home, had to be carefully considered and focused, "Because these blanket closing downs of everything, I don't think there is going to be much of an acceptance of that any longer"; see "NO LOCKDOWN: SWEDEN'S APPROACH IS WORKING" (8 Dec 2020).

TREND FORECAST: Barring his being pilloried by the investigating commission, it's hoped that Tegnell's policies will continue to be an example of "bucking the trend" and remaining skeptical of the COVID narratives such as the need for masking and lockdowns (and all the rest about which Gerald Celente has said, "They're making this crap up").