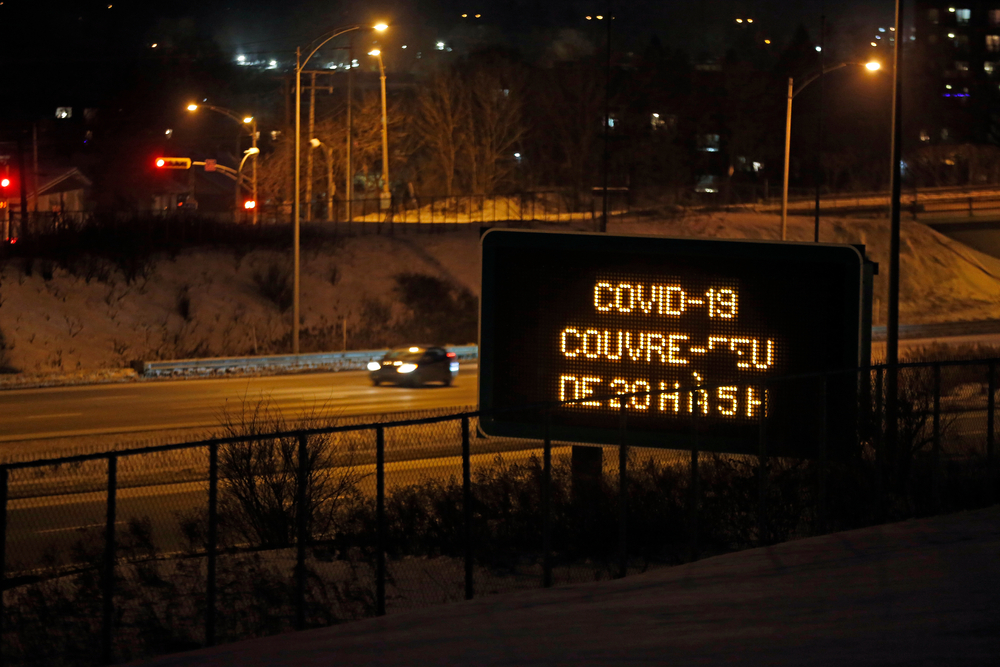 Since the start of the COVID-19 War on Lunar New Year, The Year of the Rat 2020, the Trends Journal had noted that the draconian lockdown measures being imposed by governments lacked scientific data and instead were based on political science.

The politicians and their health officials—small minded people with power—declared the virus would not be able to spread because people would not be around each other and would not bring the disease home with them. Governments got to select what businesses were essential and “non-essential,” and lives were destroyed.

The most recent study came from an international team of economists from Johns Hopkins University and other organizations. The updated review found that the average effect of all COVID-19 shutdown measures in the U.S., U.K., and Europe only reduced mortality by just over 3 percent in 2020, The Daily Mail reported.

The researchers said they revised their report from last year that stated COVID lockdowns only reduced mortality rates by 0.2 percent. That study was largely ignored in the media in January, they said.

The authors felt the lack of media coverage was unsurprising stating some of these “left-wing publications avoided the story because they wanted to 'maintain fear around the pandemic.’”

Even with the revised numbers, researchers say stricter lockdowns “are not an effective way of reducing mortality rates during a pandemic, at least not during the first wave of the COVID pandemic.”

“Overall, our meta-analysis supports the conclusion that lockdowns—at least in the spring of 2020—had little to no effect on Covid mortality,” they wrote, according to the report.

China remains one of the only countries still pursuing a “Zero-COVID” policy, and sees lockdowns within major cities as the most effective way to limit the spread of the virus.

The number of new, symptomatic cases on the mainland fell to 20 on Sunday, which CNBC said was down from 54 a day earlier. Beijing announced eight new Covid cases and Shanghai recorded six, the report said. Both cities are expected to loosen their guidelines in the next few days.

TREND FORECAST: As the data proves, and as we had forecast, the lockdowns and mandates imposed by autocratic politicians have destroyed the businesses, lives and livelihoods of hundreds of millions—if not billions, of people.

When the COVID War began, the Trends Journal had forecast drug addiction, along with crime, would spike when politicians, without a scintilla of scientific data to support their draconian mandates, locked down much of the nation. (See “FENTANYL: A KILLER OPIOID", “COVID LOCKDOWNS INCREASE DRUG ABUSE” and “SADLY, AS FORECAST: FIGHTING THE COVID WAR=RECORD-BREAKING OPIOID DEATHS.”)

TRENDPOST: Beyond forecasting the devastating effects of the made-up, lacking-scientific-data rules imposed upon societies by the lockdowns, the Trends Journal has been detailing the failures of extended lockdowns. Here are a few examples:

And going back to 14 April of last year, in our article “SHUT DOWNS & SHUT INS,” we wrote:

“Taking advantage of successful fear campaigns, political leaders continue to shut down economies and shut in their citizens based on their individual temperament rather than hard data.

“Also absent the mainstream media reporting—except to condemn them for not mandating draconian lockdowns and robbing its citizens of freedom and liberty as most nations did—is Sweden’s success for not joining the COVID war, yet beating the coronavirus.”

TRENDPOST: Stay home? If the coronavirus is so virulent, why aren’t the homeless who are crowding the streets, who are living from hand to mouth in unsanitary conditions with compromised immune systems, filling up hospitals and emergency rooms?

Indeed, according to Dr. Fauci and his worldwide crew of “experts,” the homeless would be the #1 class of victims to succumb to COVID-19… yet they are not, and this goes unreported in the media.

And to illustrate the lunacy of their actions, for example, go back to 2020 and 2021 when nations and states started closing downs business to stop the spread of COVID:

Indoor gatherings at private residences allowed no more than ten people? Why not nine or 13? Does age or gender make a difference?

We note this to continue to emphasize both the arrogance and ignorance of dictators-of-state making up rules and regulations that totally lack scientific research and data to support their made-up mandates.

Yet, the media and the majority public salute their political leaders, obediently following their orders… just as they will to line up and be vaccinated. And those who refuse will be demeaned as conspiracy theorists and “right wing” activists.

As we reported on 15 September 2020, when the COVID War hysteria was on full alert, while the CDC helped the mainstream media ramp up fear and gave power-hungry politicians more reasons to impose draconian rules—that lack solid scientific data—absent in the reporting is a hidden fact we have been reporting in the Trends Journal: Staying locked up at home can make you sicker.

“Executive Order” King Governor Andrew Cuomo said in May 2020 that it was “shocking” that most new coronavirus hospitalizations were people who had been staying home:

Previous to that, on 24 April, UNC Research, a group of scientists at the University of North Carolina, published a report titled, “Household Deemed Most Common Place for COVID-19 Transmission.”

They wrote, “As seven states now require masks and face coverings for visiting essential businesses or using public transportation, it seems like those spaces are where we are most at risk for COVID-19 infection. But, in truth, the riskiest place could be our homes.”

Also, as we noted in our 28 July Trends Journal, studies prove lockdown measures were deadly, yet they keep being imposed around the world:

“South Korean epidemiologists have found that people were more likely to contract the new coronavirus from members of their own households than from contacts outside the home.”

A study published in the U.S. Centers for Disease Control and Prevention (CDC) on July 16 looked in detail at 5,706 ‘index patients’ who had tested positive for the coronavirus and more than 59,000 people who came into contact with them.

Yet, these facts have all been ignored by the mainstream media and those of us who report on them are called “conspiracy theorists.” Instead of relying on fact base science, authoritarian political science was imposed on citizens across the globe.